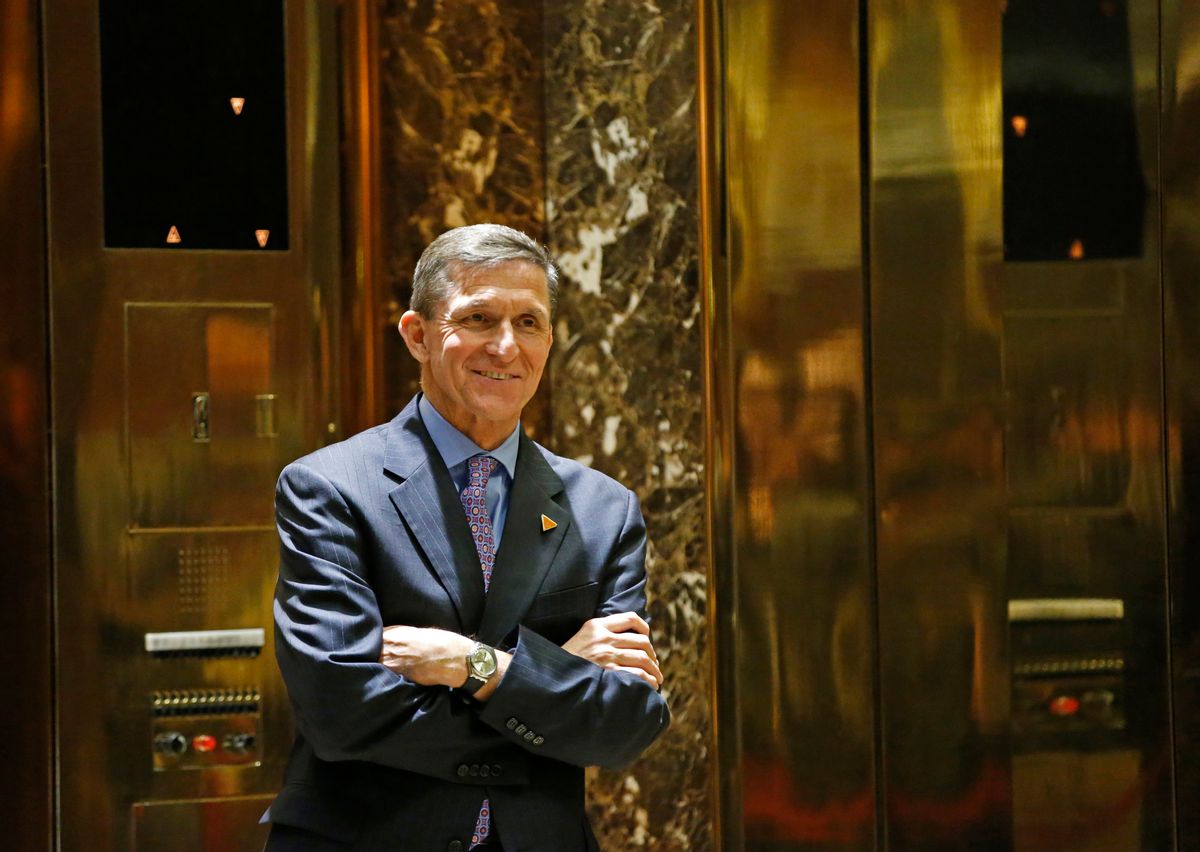 The House Oversight Committee wrote a letter to the Department of Defense on Wednesday requesting any and all documents relating to Michael Flynn's business with foreign interests. In the letter addressed to Defense Secretary James Mattis, the committee revealed that it was reviewing whether Flynn, President Trump's former national security adviser, had been fully transparent about his foreign dealings.

The committee wrote that it was probing Flynn's payments from "Russian, Turkish, or other foreign sources,"  but the letter also made sure to specifically request any information about payments he may have received from Russia Today, the Kremlin-backed media outlet.

Last week the House Oversight Committee obtained documents that showed that Flynn had accepted $45,386 to speak at a celebration for the Russian television network in 2015. At the Russian government's expense Flynn and his son, Michael Flynn Jr., went on a three-day, all-expenses-paid trip in which they both stayed at a five-star hotel in Moscow next to Red Square, the documents revealed.

This week The Daily Beast learned that the former national security adviser had not signed a mandatory ethics pledge that barred all Trump administration appointees from ethically questionable lobbying activities.

The news of the elder Flynn's ties with Russia has roughly coincided with the bombshell headlines of recent days concerning Trump's former campaign chairman, Paul Manafort, who allegedly worked for Russian steel tycoon Oleg Deripaska in the mid-2000s.

The letter the House Oversight Committee sent to the Department of Defense on Wednesday made clear the scope of its inquiry: anything and everything related to the former national security adviser.

"In complying with this request, you are required to produce all responsive documents that are in your possession, custody, or control, whether held by you or your past or present agents, employees, and representatives acting on your behalf," the letter said.