Chappelle’s Netflix specials are satisfying. But are they prime Chappelle? 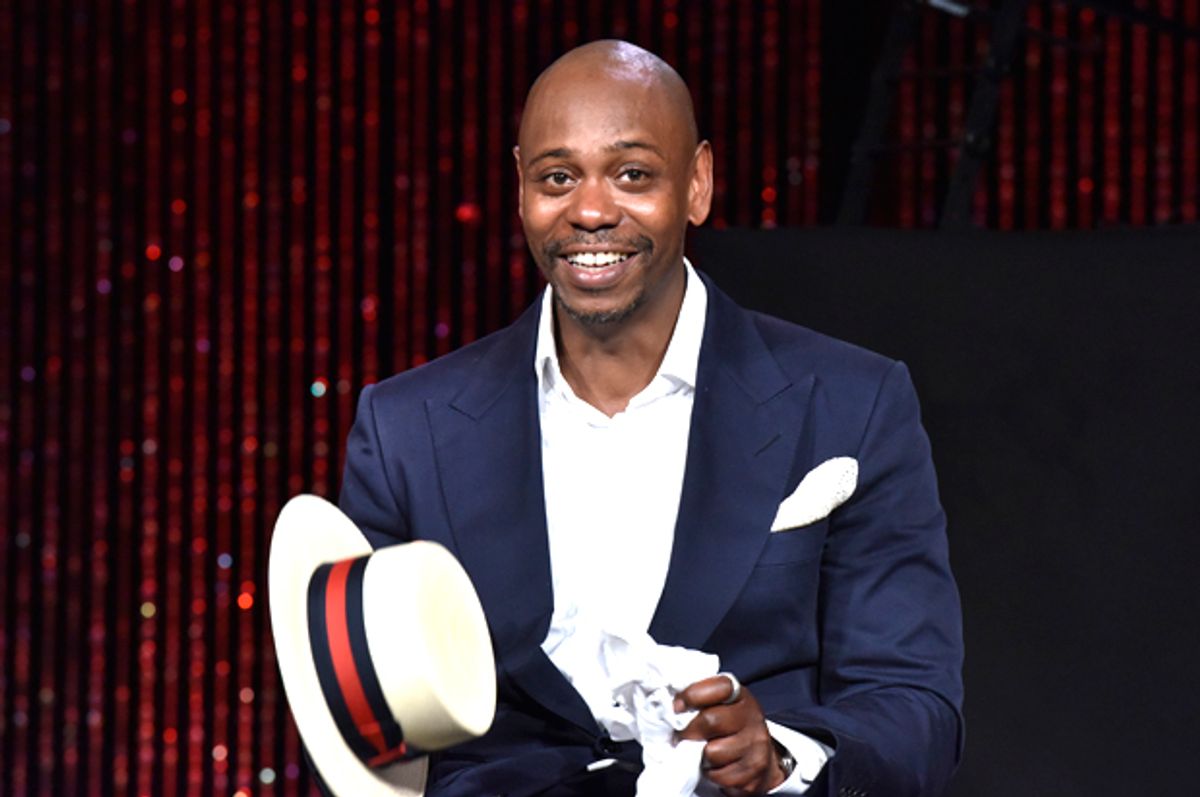 I often find myself wondering what David Foster Wallace would have to say about the current moment were he still alive. Other times I wonder what Biggie and Tupac would do with trap music. Technology can recreate simulacrums of the deceased, but the closest thing to someone dying and then being resurrected is that person's disappearing and then reappearing.

It’s become a fairly common occurrence. If a beloved artist or piece of art was popular in the 1990s or early 2000s only to spend a decade or so in the shadows, chances are that the person or thing has made a comeback or will make a comeback — be it “Arrested Development,” Outkast, “Anchorman,” “Twin Peaks” or most recently Dave Chappelle.

At this point, the story of Chappelle’s disappearance has been so well documented that it can be recounted in broad strokes through three nouns: $50 million, Africa and Ohio. Of course, Chappelle never fully disappeared. After his dramatic exit from “Chappelle’s Show,” he continued to sporadically perform stand-up.

And for all intents and purposes, his return came in 2013, when he headlined the Oddball Comedy and Curiosity Festival, a 15-city tour presented by Funny or Die. But these appearances all required a fan’s physical presence. It wasn’t until late last year, when Chappelle hosted “Saturday Night Live,” that he allowed himself to be recorded and thus thrust himself back into the wider public’s view.

The gradualness of Chappelle’s return undercut the drama of what might have been an internet-shattering event — Netflix's release of two Chappelle stand-up specials in one day (Tuesday) — if it had occurred without warning or buildup. Chappelle, though, is clearly not interested in that sort of feverish publicity. That was half the point of his retreat. He felt like fans were misinterpreting his work; he didn’t want to be a stooge for a network; he was seeking tranquility. His slow return allowed him to be a celebrity on his terms.

“I felt like after I quit my show, the crowds could actually see me,” he told The New York Times. “The audience recalibrated with me. They listened to me again. And it was great. I started playing clubs again just because I enjoyed it. It was reaffirming a love for [stand-up]. It was important for me to do that. I needed that. I loved it. In the last few years, I’ve found an altitude I’m comfortable with.”

That Chappelle has found the right altitude is most evident through his physique. During his days of making “Chappelle’s Show,” he was practically gaunt. He has since gained 40 pounds and appears fit. He has been wearing a navy jacket that has his name emblazoned on the left breast and a big C on the right bicep. When he holds the microphone with his right hand, the C hugs his deltoid tightly.

Chappelle’s two specials, “The Age of Spin” and “Deep in the Heart of Texas,” were filmed last year (in Los Angeles) and in 2015 (in Austin), respectively. A lot has changed in the past two years and the specials’ references — to O.J. Simpson, Bill Cosby and Caitlyn Jenner, for instance — feel dated. The specials miss the Zeitgeist (there are no mentions of you-know-who), but coming from Chappelle there’s something refreshing about the lag.

The subtext behind his exit from the limelight was that everything is moving too quickly; it suggested that artists don’t have to comply with the machine. To release two specials of somewhat old material to great fanfare now demonstrates two things: that viewers crave slow-cooked meals from expert chefs as much as they do instant ones; and that artists with cultish followings can turn down life-changing money now and find it later (Netflix gave Chappelle a $60 million deal).

In an appearance on "Jimmy Kimmel Live" on Tuesday night, Chappelle expressed a laissez-faire attitude toward timeliness. “I don’t get mad at a photograph because it’s not today,” he told Kimmel when asked if he was worried about releasing old material. “They’re fair representation of the night they were shot. The thing is, things change so rapidly now. And the way people listen to things changes so rapidly, so maybe I was a little worried, but not enough to not put them out.”

It’s significant that Netflix was the venue for Chappelle to release his specials. While Netflix has become a venue for original programming, it is still a destination for reruns of old hits. Netflix doesn’t release viewing numbers, but it stands to reason that hosting “Friends” generates as much business as hosting “Stranger Things.” People still stream old specials from the likes of Chris Rock, Eddie Murphy, Louis C.K. and Chappelle when they're available. So it follows that new old ones by Chappelle would be, too.

Above all, the experience of watching the specials is comforting — which may be ironic given that the material ouches on provocative subjects like Bill Cosby and Ray Rice. It’s like a reunion with an old friend. To hear Chappelle’s wicked cackle and see his sly grin again is immensely pleasurable. His delivery hasn’t lost a beat. His point of view is sharp as ever. And the payoff he creates in the first special finds deep humor and nuance in dicey subject matter.

But on the other hand, neither special entirely lives up to the mythic proportions to which memory elevates Chappelle. That’s partially because time dulls jokes about current events. But it’s also because of the nature of resurrection. When someone special exits at the height of his or her powers, the person is reduced to a highlight reel. When he (or she) returns, to play the hits is cheap fan service and to release new material just ain’t the hits.

Dave Chappelle is again a sensation for the week. But as he said on Kimmel's show, “Things change so rapidly now.” Since fans’ imaginations have been satiated, Chappelle’s mystique is likely to wear off. He’ll be just another all-time-great stand-up, a little past his prime but still riotously funny and incisive. It’s a reversion to the mean and it seems like exactly where Chappelle wants to be. In 2006, he told Oprah, “I’m going to find a way to be myself.” Just over a decade later, it seems he’s done just that.