Here's what we learned from his recent sit-down with Time 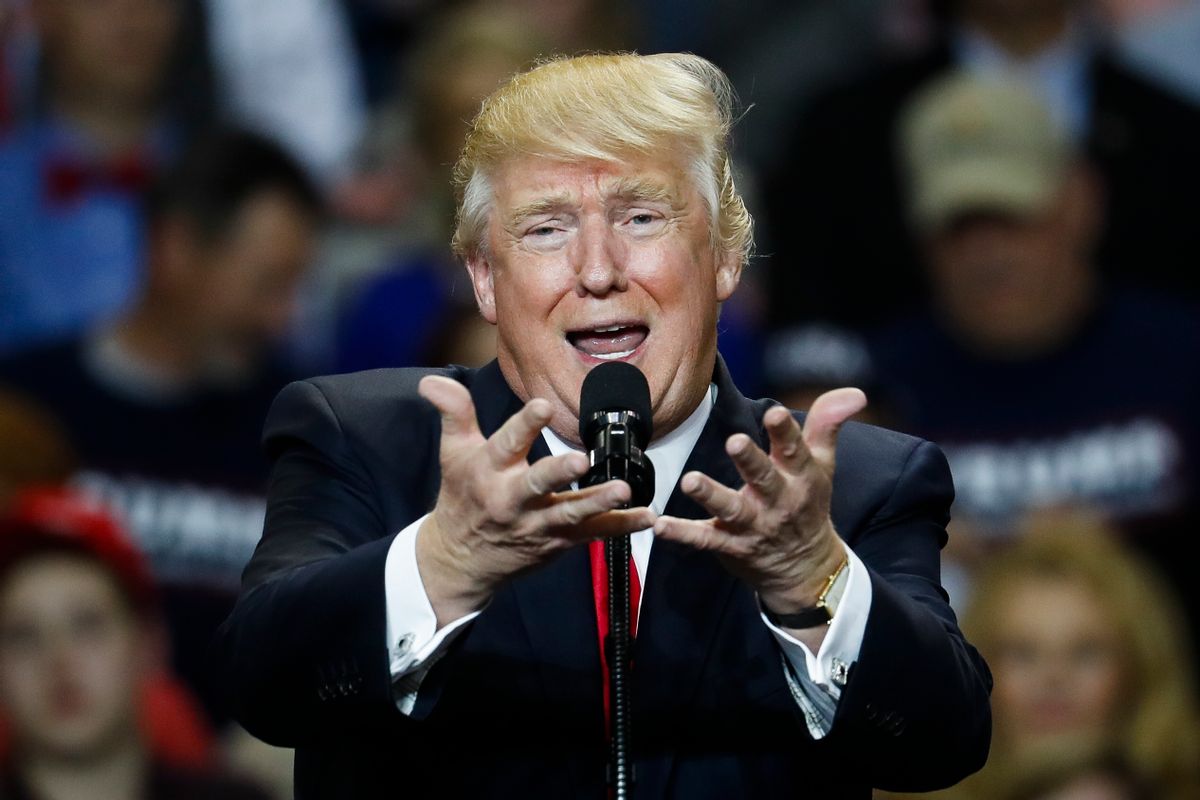 President Donald Trump sat down with Time magazine Wednesday afternoon and defended himself on subjects ranging from health care to his wiretapping allegations. Here are five major takeaways from his interview — and one looming question.

1. Trump is keen on saying that he's predicted things

The Week noted that Trump took credit for predicting things at 10 different points, though he didn't really point to any specific predictions he made — except for his election. Four times he said that he predicted Brexit, though during an interview with The Hollywood Reporter less than a month before the Brexit election,  he didn't seem to understand what Brexit was (he simply said at the time "Oh yeah, I think they should leave" after having it explained to him). On at least three occasions he simply said that his predictions tended to be right.

But some of his predictions? Well, he took credit for things that he may not understand.

Sweden. I make the statement, everyone goes crazy. The next day they have a massive riot, and death, and problems. Huma [Abedin] and Anthony [Weiner], you know, what I tweeted about that whole deal, and then it turned out he had it, all of Hillary's email on his thing. NATO, obsolete, because it doesn't cover terrorism. They fixed that, and I said that the allies must pay. Nobody knew that they weren’t paying. I did. I figured it. Brexit, I was totally right about that. You were over there I think, when I predicted that, right, the day before. Brussels, I said, Brussels is not Brussels. I mean many other things, the election’s rigged against Bernie Sanders. We have a lot of things.

2. He's got a big ego from being president

This is how Trump finished his interview. A mix of Chevy Chase and Andy Samberg's parody of Mark Wahlberg.

Hey look, in the meantime, I guess, I can’t be doing so badly, because I’m president, and you’re not. You know. Say hello to everybody OK?

Trump's approval ratings are at 37 percent, according to Gallup — a new low in the honeymoon phase of his presidency.

3. Trump has a higher opinion of Andrew Napolitano than The Wall Street Journal

The president told Time that his claim that he was wiretapped by the U.K. was merely him repeating a claim he heard on TV, from discredited and suspended Fox News commentator Andrew Napolitano. (Italics ours.)

I have a lot of respect for Judge Napolitano, and he said that three sources have told him things that would make me right. I don’t know where he has gone with it since then. But I’m quoting highly respected people from highly respected television networks.

By comparison, Trump included the Wall Street Journal, which delivered a scathing editorial against him, as part of the "fake media."

The country believes me. Hey. I went to Kentucky two nights ago, we had 25,000 people in a massive basketball arena. There wasn’t a seat, they had to send away people. I went to Tennessee four nights ago. We had a packed house, they had to send away thousands of people. You saw that, right. Did you see that? . . . The country’s not buying it, it is fake media. And the Wall Street Journal is a part of it.

It's worth noting Trump was also quick to blame Napolitano for his error, without admitting he made an error in saying an ally wiretapped him: "I’m just quoting the newspaper, just like I quoted the judge the other day, Judge Napolitano," Trump said.

4. Trump blames Obama for everything being "a mess"

In 2012, Trump poked Democrats for what he viewed as the party's blame of the George W. Bush administration for the great recession of 2007-2008.

He's more than happy to use that line, and use it hard, himself.

5. Trump transitions from victimhood to validation as fast as humanly possible

And then TIME magazine, which treats me horribly, but obviously I sell, I assume this is going to be a cover too, have I set the record? I guess, right? Covers, nobody’s had more covers.

When Trump was told by Michael Scherer that President Richard Nixon was on the cover more, he replied, "I'm sure I'll win."

We also learned that everything is a competition, even if that means putting yourself in the same sentence as Richard Nixon.

The big question remains: Who does Trump think is responsible for leaked information about his calls with foreign leaders?

Here's what Trump told Time about his disastrous conversations with foreign leaders held immediately after he took office.

Well should be, because that’s where the whole, who would think that you are speaking to the head of Mexico, the head of Australia, or General Flynn, who was, they are not supposed to release that. That is the most confidential stuff. Classified. That’s classified. You go to prison when you release stuff like that. And who would release that?

What we know is that Trump's inner circle was in the Oval Office with him when those phone calls were made. But Trump didn't tell Time who he thought was responsible, and that's probably the biggest question: Who does Trump think is leaking all this stuff? Is he trying to insinuate that he believes the intelligence agencies are listening in and telling the press all of the sordid details? Or are the leaks coming from inside the White House?

Trump promised an investigation on the matter.