Not even Republicans are supportive of the American Health Care Act: poll

By a wide margin, Americans are disapproving of the Republicans' health care plan 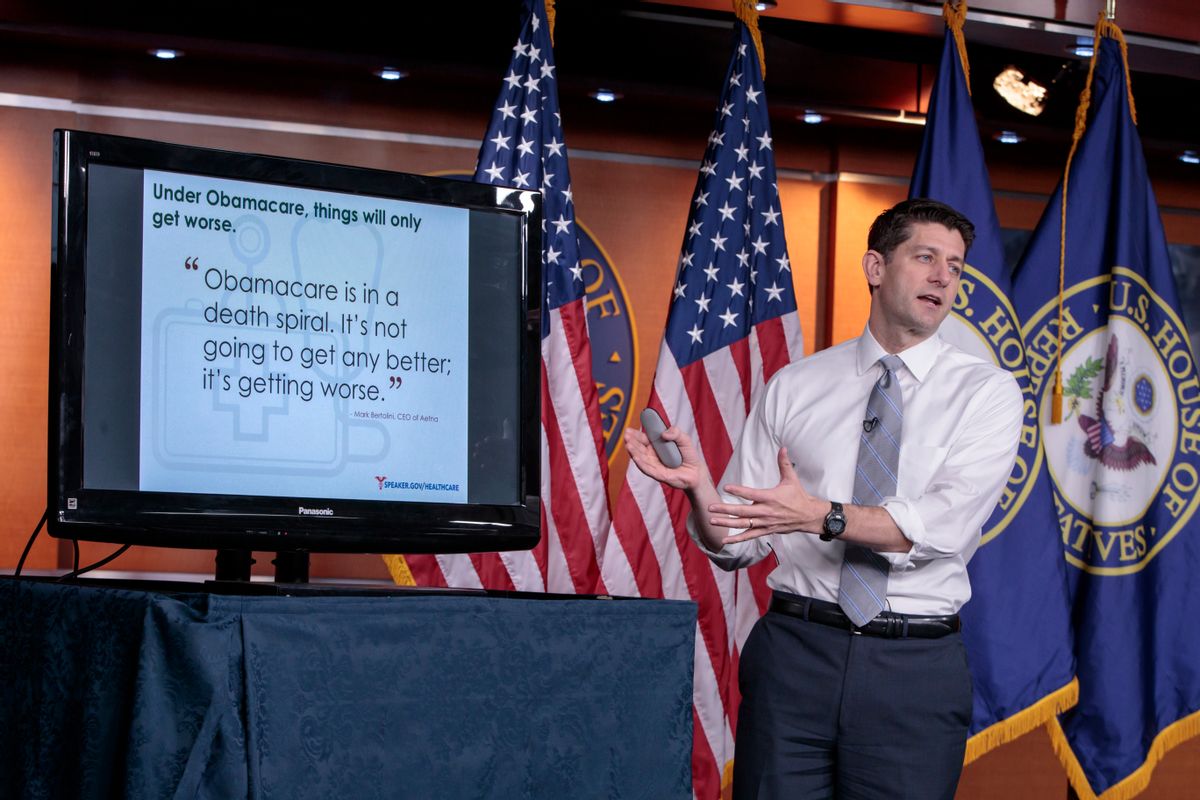 Even as it remains unclear whether House Republican leadership's Obamacare repeal bill will obtain enough votes from members of their own party, a new poll indicates that there isn't much support for the American Health Care Act among the Republican base.

Republicans only support the Obamacare repeal bill by 41 to 24 percent, according to a recent Quinnipiac University Poll. The same survey found that 54 percent of Republicans would oppose cutting federal funds to Medicaid, compared to only 39 percent who would approve.

By contrast, American voters overall disapprove of the Obamacare repeal plan by a margin of 56 percent to 17 percent. They oppose cutting federal funds to Medicaid by any even larger margin — 74 percent to 22 percent.

Even more ominously for President Donald Trump, the survey suggests that legislators have a strong electoral incentive to avoid supporting the bill. Forty-six percent of voters said that they would be less likely to vote for their Senator or representative if that person supported the Obamacare repeal plan, while 29 percent said that the issue wouldn't matter to them and only 19 percent said they would be more likely to vote for them.

A survey released by Public Policy Polling last week also found similarly dismal results for Republican legislators who want their own voters to back repealing Obamacare. Only 37 percent supported the Obamacare repeal plan, with 22 percent opposing it. That survey found that among voters overall 49 percent opposed repealing it, compared to 24 percent who supported doing so.