Nunes apologizes to House Intelligence Committee for leaking to Trump 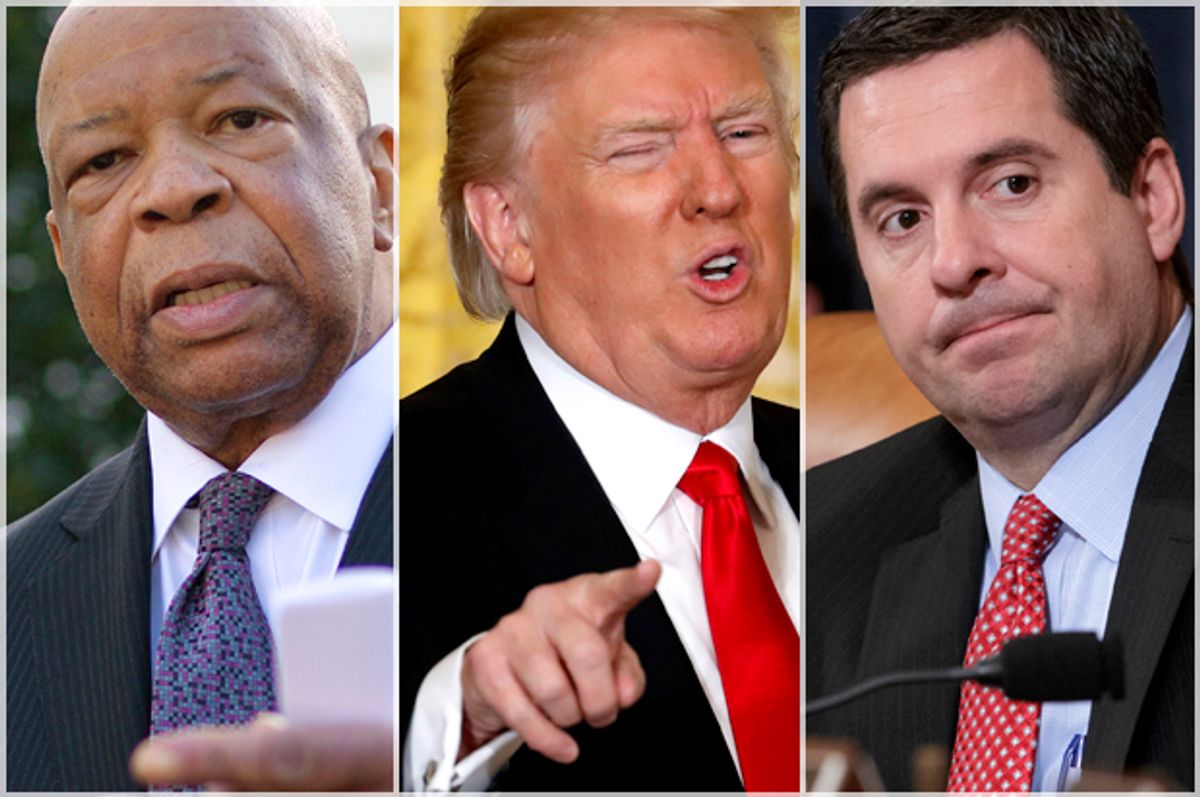 Democratic committee member Rep. Jackie Speier of California — who on Tuesday told CNN that Trump was in "denial" about the fact that Trump Tower hadn't been wiretapped — told CNN on Thursday that Nunes had apologized during their committee meeting. She also claimed that Nunes promised to share the information he had disclosed to Trump with other members of the committee, although he did not say when he would do so.

On Thursday morning, Rep. Elijah Cummings, the ranking Democrat on the House Committee on Oversight and Government Reform, called for an investigation of Nunes, on the grounds that he had compromised his own inquiry.

"What he has done is he’s scuttled, and put a cloud over, his own investigation, and he has become the subject — basically, he should be — of an investigation, Cummings told CNN. "It’s a real problem."

Cummings added, "What he did was basically to go to the president, who is being investigated by the FBI and others and by the intelligence committee, to give them information."

On Wednesday, the ranking Democrat on the House Intelligence Committee, Rep. Adam Schiff of California told MSNBC's Chuck Todd that "it's simply not possible to do a credible investigation if you take information that's pertinent to the scope of what you're investigating and bring it to the White House instead of bring it to your own committee."

The controversy involving Nunes stems from the fact that, when he supposedly came across information indicating that members of the president's campaign team (and possibly Trump himself) had been "incidentally" surveilled by American intelligence, he did not follow protocol and inform members of his committee. By instead immediately briefing the president, Nunes called his objectivity into question.

Nunes defended his actions to reporters as a "judgment call" and insisted that he acted on his own initiative. "The president did not invite me over. I felt he needed to understand what I saw," Nunes told reporters.

Probably the most eyebrow-raising statement from Nunes came during a Thursday press conference when he didn't deny that he may have received information from the White House.