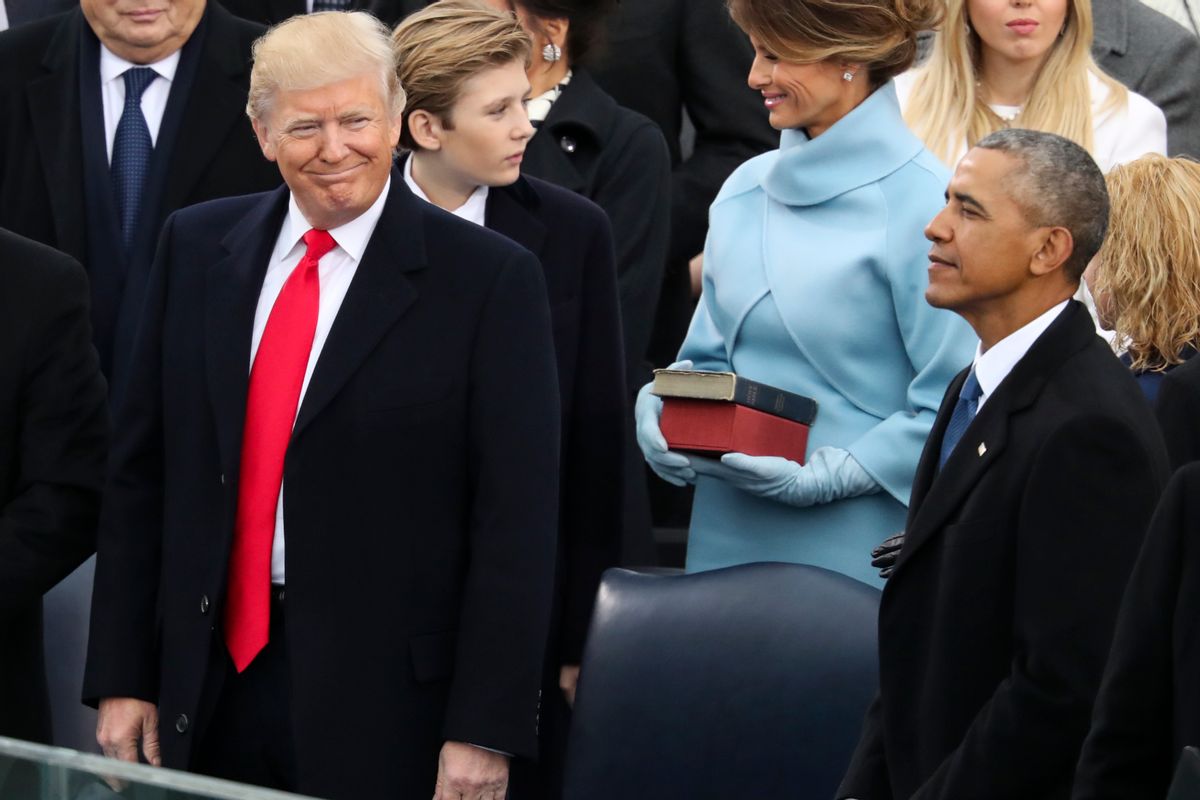 Rep. Adam Schiff, the ranking Democrat on the House Intelligence Committee, has emerged as the party’s spokesman on the FBI’s investigation of President Trump’s ties with Russian government officials.

With his pinpoint questioning and his made-for-TV tan, the California congressman proved to be his party’s most effective interrogator of FBI director James Comey. Along the way, Schiff laid the groundwork for an independent investigation of Trump by calling attention to key details of his entourage's dealings with the Russians over the past year.

The White House response was not surprising. President Trump doubled downon his unfounded charge, that President Obama ordered the wiretapping of Trump Tower during the election campaign. During the Tuesday press conference, Comey rebutted Trump's mistatements in real time and repeated his categorical denial that Obama was involved. So did NSA director Michael Rogers.

It is worth noting, however, that the FBI director and NSA chief did not deny that people in Trump Tower might have come under surveillance during the investigation. They merely said they could not comment on an ongoing investigation.

If you leave President Obama out of the allegation, what Rep. Nunes says may well be true. Comey said the FBI had been investigating since July and was looking into many different activities and persons.

Breitbart News claims, implausibly, that the conversations had nothing to do with Russia.

Neema Giuliani of the ACLU and American Conservative points out that "such surveillance would, indeed, be both possible and legal within the framework of the American security state."

Is all of this critical coverage of Trump and Russian president Vladimir Putin just so much just Cold War II conspiracy mongering, as some critics on the left charge?

Matt Taibbi of Rolling Stone, a veteran of reporting from Moscow, calls the story “a minefield” for Democrats. He raised the possibility that:

“both the Democratic Party and many leading media outlets are making a dangerous gamble, betting their professional and political capital on the promise of future disclosures that may not come.”

Congressman Schiff presented the counterargument: that significant disclosures are in the offing; that Trump’s dealings with the Russians may have violated U.S. laws, and specifically that his emissaries may have colluded with Russian operatives to change U.S. policy for profit. If the president approved, he might be guilty of high crimes and misdemeanors.

“Is it possible that the removal of the Ukraine provision from the GOP platform was a coincidence?” Schiff asked.

Before Trump’s nomination, the party favor “lethal aid” to the government of Ukraine. Trump’s campaign manager Paul Manafort was a richly compensated “consultant” to a pro-Russian political party in Ukraine, which hated the idea of U.S. military support for Putin’s foes. Support for “lethal” aid was deleted, leaving the Republican position identical to President Obama’s.

For investigators, the change of the party’s public position is important if it shows a pattern of coordination or (if money changes hands) to collusion.

2) What did Attorney Jeff Sessions know and when did he know it?

“Is it a coincidence,” Schiff asked, "that Jeff Sessions failed to tell the Senate about his meetings with a Russian ambassador, not only at the convention, but a more private meeting in his office and at a time when the U.S. election was under attack by the Russians?”

Among those meetings was a VIP reception at a hotel in Washington, D.C., in April 2016, first reported by Huffington Post earlier this month. Sessions, chief of Trump's foreign policy advisory team, attended with Trump and roughly two dozen guests, including four ambassadors. One of them was Russian Ambassador Sergey Kislyak.

Sessions did not mention the Mayflower event when he was asked during his confirmation hearings about contacts between the presidential campaign and Russian officials. Nor did he put that event in his amended testimony to the Senate Judiciary Committee this week.

The timing of the meeting may be relevant to Sessions' amnesia. Last spring, Putin was looking for ways to cover a budget deficit imposed by U.S. sanctions. One possible solution: selling off parts the state-owned Rosneft natural gas company to private investors.

[Center for American Progress has a useful timeline of Trump and Russia. So has Grant Stern at Medium. Some of the assertions in Stern's timeline strike me as unproven, but the chain of events is undisputed.]

3) Why did Gen. Michael Flynn lie about his meetings with the Russians?

“Is it a coincidence that Michael Flynn would lie about a conversation he had with the same Russian Ambassador Kislyak, about the most pressing issue facing both countries at the time?” Schiff asked.

That conversation took place on December 30 as Putin was pondering how to respond to the latest round of U.S. sanctions imposed by the Obama administration. Was Flynn concealing coordination and collusion, those actions that Comey referred to as "the cycle of criminal activity"?

4) What was the relationship of Trump’s intermediaries with Russian oligarch Igor Sechin?

Sechin, chairman of Rosneft and Putin confidante, is one of the “gray cardinals” of Russian politics, a billionaire who acts on behalf of Putin.

In January Reuters broke the story of "How Russia sold its oil jewel without saying who bought it." The story, not disputed by the parties involved, reported that the Russian government had sold a 19.5 percent share of Rosneft, the state-owned company, worth $11 billion, to an investment fund consisting of the government of Qatar and a Cayman Islands company whose owners cannot be traced.

Carter Page, a Trump adviser on Russia issues, was offered fees on a deal of exactly that size last summer, according to Jonathan Steele, a British intelligence officer and author of a dossier of allegations about Trump.

[Buzzfeed published the unconfirmed dossier in January. Since them some, but not all, of Steele's report has been corroborated by reporters.]

Congressman Schiff left one point unsaid, perhaps because it is so well known in Washington: Igor Sechin is friends and business partners with Rex Tillerson, the former Exxon CEO turned Secretary of State.

"Sechin is poised to play an even more important role as a point man for efforts to improve Russia’s chilly relationship with the U.S. and get Washington to lift its sanctions on the Kremlin,” Vox reported last month.

In other words, the FBI investigation may shed light on the power of the Russian oligarchs to influence the American political system.

5) Are the allegations unproven?

“Is it possible that all of these events and reports are completely unrelated and nothing more than an entirely unhappy coincidence?” Schiff asked.

“Yes, it is possible,” he said answering his own question. “But it is also possible, maybe more than possible, that they are not coincidental, not disconnected and not unrelated.”

That’s why even Republicans on Capitol Hill are coming around to the need for an independent investigation. If Rep. Schiff is right, the FBI is investigating Trump’s people about, among other things, a get-rich-quick scheme financed by an Russian oligarch in which U.S. policy might have been purchased by agents of a hostile foreign power.