Republicans are holding a bill likely to fail, and they're all starting to point fingers at one another 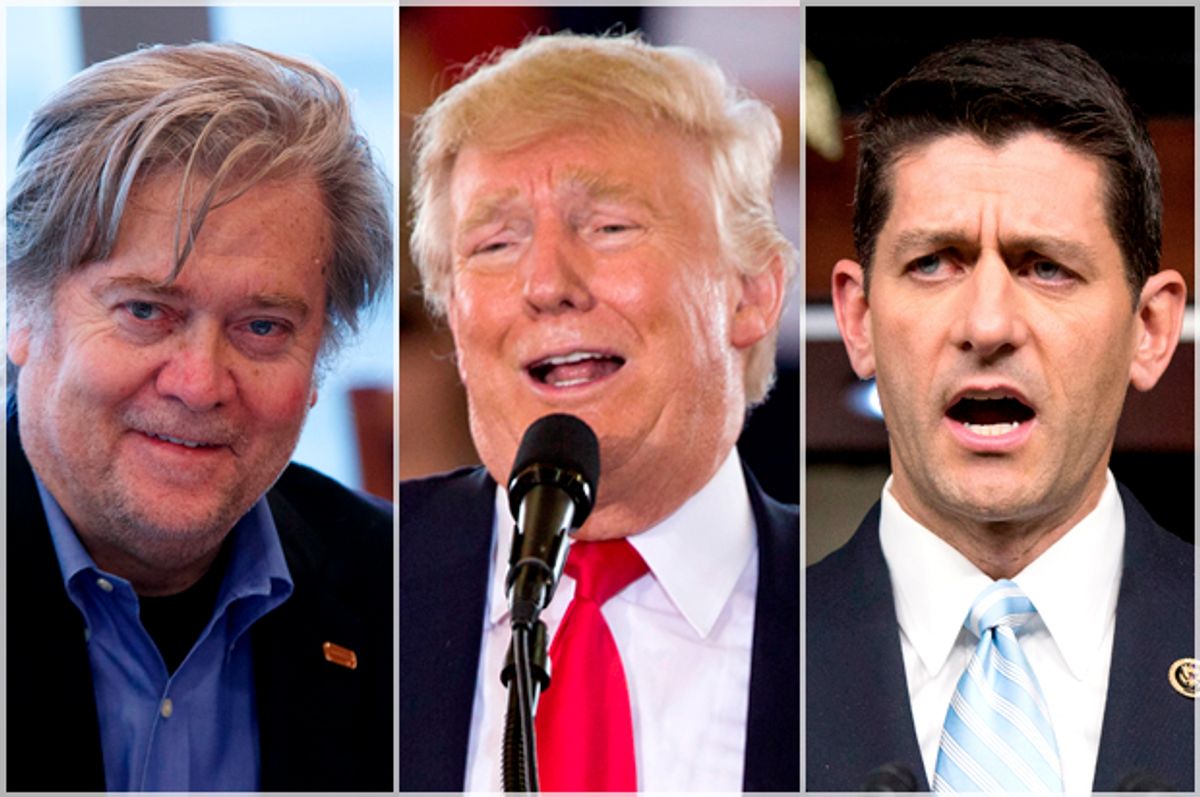 Amid reports that Republican leaders have been frantically rewriting their Obamacare repeal bill so as to win more support, even as GOP voters themselves have only lukewarm support for it, there are now early signs that the Trump administration is pessimistic about the vote scheduled for later on Friday.

In an interview with ABC News on Friday morning, White House budget director Mick Mulvaney said that he didn't know if there were enough votes to pass the American Health Care Act. "That's up to the House to count their own votes," Mulvaney told ABC News.

Meanwhile John Harwood, a reporter for CNBC and The New York Times, tweeted that a senior White House aide told him that it would be "100 percent" best for the administration of President Donald Trump if the repeal bill fails when it is voted on later on Friday.

This view is consistent with Breitbart's position on the replacement bill; it has long been critical of the measure as being insufficiently conservative and a detriment to Trump's overall political agenda. As New York magazine reported, White House chief strategist Steve Bannon (who formerly ran Breitbart) might have a personal stake in wanting to see the bill — and its primary sponsor, House Speaker Paul Ryan — suffer an embarrassing defeat.

The failure to repeal and replace Obamacare would be a stinging defeat for Trump. But it would be an even bigger defeat for Paul Ryan, who has all but staked his Speakership on passing this bill. And in the hall of mirrors that is Washington, the big winner to emerge out of the health-care debacle could be Steve Bannon. That’s because Bannon has been waging war against Ryan for years. For Bannon, Ryan is the embodiment of the “globalist-corporatist” Republican elite. A failed bill would be Bannon’s best chance yet to topple Ryan and advance his nationalist-populist economic agenda.

While sources like Breitbart tend to attack the Obamacare replacement bill for not being conservative enough, however, Trump took to Twitter on Thursday to criticize the conservatives themselves — in particular, the House Freedom Caucus.

The House vote was initially scheduled for Thursday but wound up being delayed due to the House leadership's difficulty in marshaling Republican legislators behind the measure. By Thursday night  President Trump's frustration had reached the point that he told House Republicans (through his aides) that if they didn't support the bill during Friday's vote, he would move on to other aspects of his legislative agenda.