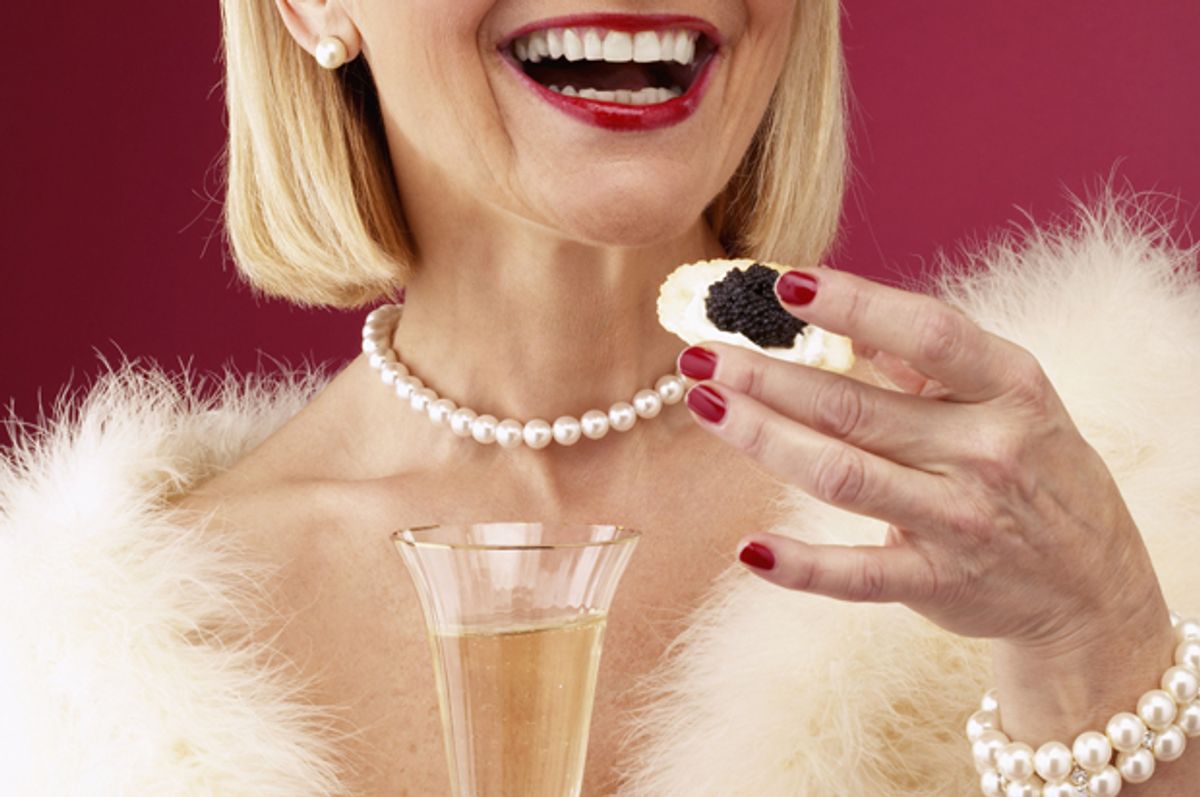 For millions of Americans, the day-to-day grind is a struggle. I am talking, of course, about those in the upper income bracket who earn more more than roughly four-fifths of the rest of the population. Because, as Republicans debate passing a law that would effectively give rich people a lot more money at the expense of screwing over a lot of poor people, we're still wondering how it can be acceptable for a family earning 10 times the median New York City income to claim they're pinching pennies.

But there's a modern American tradition of making the rich seem more middle class by taking luxuries and turning them into necessities, even as conservatives take poor people's necessities and turn them into luxuries. Here's Financial Samurai — which claims to deliver "an honest and in-depth review of the best financial products to help you achieve financial independence" — explaining that a couple making half a million dollars a year is actually so poor they should be shamed for being wealthy enough to own a refrigerator.

Financial Samurai gives us this dreadful tale of family of four that's pulling in $500,000 — just $278,400 after maxing out both of their 401(k) contributions and taxes! — but only manages to have a $7,300 surplus by the time all is said and done. Yes, it may be better than the 70 percent of Americans who have less than $1,000 in their savings account, but it's still not enough.

So maybe some belt tightening is in order for these people. Let's see how they can cut some fat and save an even more ridiculous amount of money.

Who knew having a roof overhead was so expensive? This hypothetical family lives in a $1.5 million apartment. With just three bedrooms and two baths, this 1,700-square-foot palace is very expensive, because, as the Samurai puts it, "Brooklyn."

Brooklyn isn't a homogenous world of Park Slope brownstones, however. For much less than $1.5 million, they can upsize — add a bedroom and 176 square feet — in the wonderful neighborhood of Bay Ridge, a place this family is obviously not living. This house even includes a driveway and garage (but more on that later). So while "they are living comfortably, but not large," as Samurai puts it, they could be living larger . . . and cheaper.

Financial Samurai calls these "debatable expenses," but they should instead be called "a lot of fat you can cut before you start bitching about your financial situation."

Let's start with the three vacations a year, adding up to $6,000. There's no expense to be spared here, either: Seven nights at "3-4 star hotel" at $300 a night could easily become "Holiday Inn Express." Voilà! Maybe not spend seven nights, either. Enjoy your bourgeois Park Slope lifestyle and take a walk around the block or something. You could even cut back on the "roundtrip airfare for four to debt-laden Puerto Rico" by going somewhere else.

Back on the mainland, the family spends $800 a week for child care, which is about $400 per kid. I wonder what age these children are, though. These are magical kids, I guess, forever too old to be allowed to fly on their parents' laps and yet too young to be in public school. Besides, if they're worried about spending $21,000 per kid on day care, this family is going to be really screwed when their kids get to a "private grade school that costs up to $50,000 a year." They're in an area of Brooklyn in which their apartment costs $1.5 million. Their public schools are likely fine.

The family is also spending $12,000 a year on "violin lessons, Mandarin lessons, and tennis lessons throughout the year," none of which are things the median American family can afford to spend $12,000 on and only one of which could actually possibly help them in life.

I haven't even touched on this paragraph, which would make Marie Antoinette think, "jeez, that's a bit harsh, no?"

Spending $23,000 a year on food means spending roughly $1,916 a month, or $63 a day for four, or $15.75 per person for breakfast, lunch, and dinner. I challenge anybody living in a big city to consistently live off $15.75 a day for longer than three months. Work lunch alone costs $10-$15 for a mediocre meal compared to $5-6, 10-15 years ago. Therefore, the solution is to buy in bulk and always bring food to work. Unfortunately, that gets old after a while.

That's not a budget recommendation. That's a declaration of class warfare.

Maintaining an armada of cars worth a small fortune: $16,600

These people don't drive two cars. They drive two status symbols on wheels. The first is a BMW 5 Series, which retails for $51,000. The second is a Toyota Land Cruiser, which is a beast of an SUV that retails north of $80,000.

To fuel their $130,000 worth of automotive power, they're spending $5,000 a year. A large chunk of that is being used to fuel the Land Cruiser — more than just "Toyota SUV with third row seating," guys — which gets 13 miles per gallon in the city and a whopping 18 miles per gallon on the highway. But, speaking as a New Yorker, "highway" is a rather misleading term around here.

I really want to know, though: Where are they going with these cars? We know they're not taking long road trips, as their three vacations a year are spent flying to fucking "debt-laden Puerto Rico!"

Let's just get down to it: There are two reasons to live in that area of Brooklyn. One is to take advantage of a city in which subways and buses are plentiful, but where parking is scarce. The other is to brag that you live in a $1.5 million Brooklyn townhome.

If you're in the first camp, sell at least one of your cars. If you're in the second camp, stop talking about how economically insecure you are. That's why this line is driving so many people crazy: "Society won’t acknowledge the sacrifices you made, the time and money you spent, and the risks you took to get to your position today."

Before the Financial Samurai hawks its wealth-management tool, it wraps this family's dilemma with a nice John Galt bow: "A better income strategy and a happier lifestyle may be awaiting just a notch below in the upper middle class where miraculously you’ll suddenly no longer be a target. Perhaps you can reduce earnings by dialing back work to a more leisurely 40 hours a week and spending the extra time doing stuff you enjoy."

Actually, I'll leave the last word to probably the smartest commenter out there: