Ivanka at the White House: Ivanka Trump has been granted a security clearance 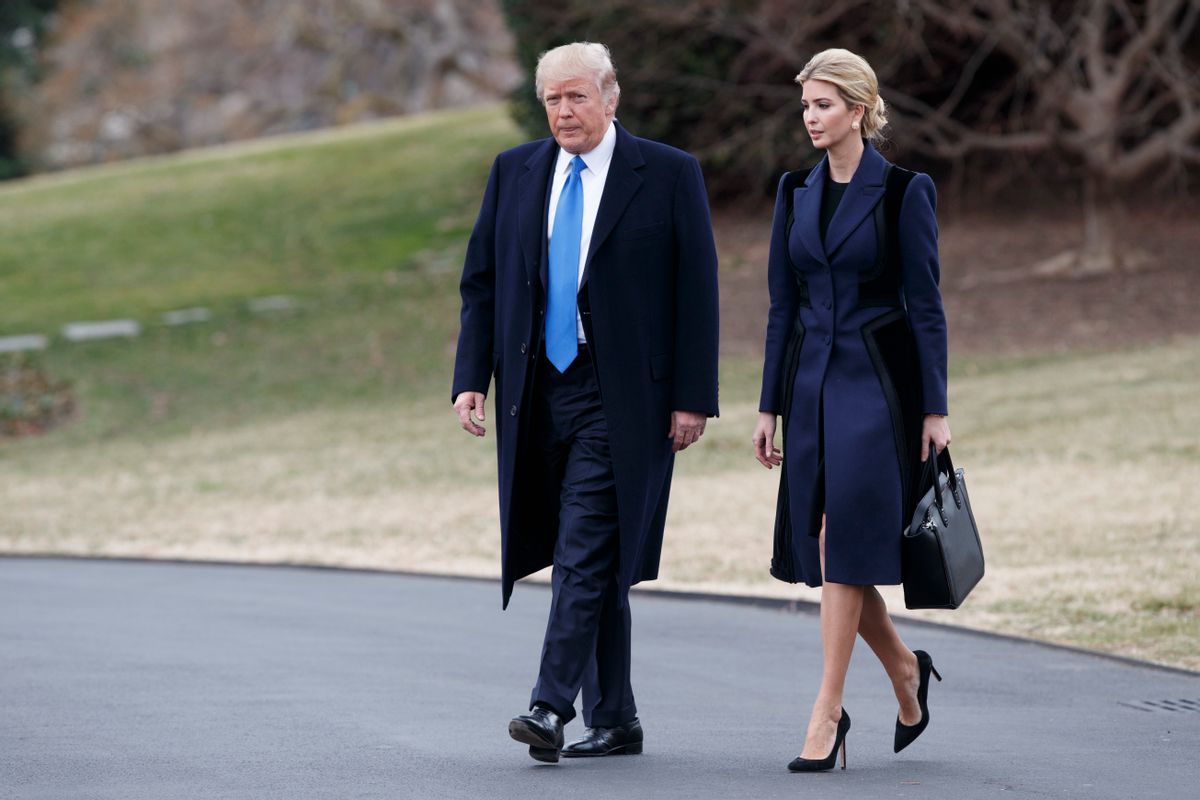 Ivanka Trump, who was revealed to be slated for a new White House job earlier this week, is now going to receive a security clearance — a possibility that her father decried as "fake news" in November.

In addition to getting a security clearance, Ivanka Trump will also have an office in the West Wing, according to a report by the Associated Press. Yet when rumors surfaced shortly after Donald Trump's election that his daughter would be given a security clearance, the president-elect took to Twitter to deny it.

"On the one hand, her position will provide her with the privileges and opportunities for service that attach to being a White House employee.On the other hand, she remains the owner of a private business who is free from the ethics and conflicts rules that apply to all White House employees," the letter's authors write.

Ivanka Trump's attorney Jamie Gorelick told Politico on Monday that "having an adult child of the president who is actively engaged in the work of the administration is new ground."

She added that "our view is that the conservative approach is for Ivanka to voluntarily comply with the rules that would apply if she were a government employee, even though she is not."

The article noted that Ivanka Trump has long had a very close professional relationship with her father, stretching back to the days when she was employed at the Trump Organization and on his reality TV series "The Apprentice."