Pregnant, alone and completely out of her mind: An unlikely serial killer and a pitch-black British comedy 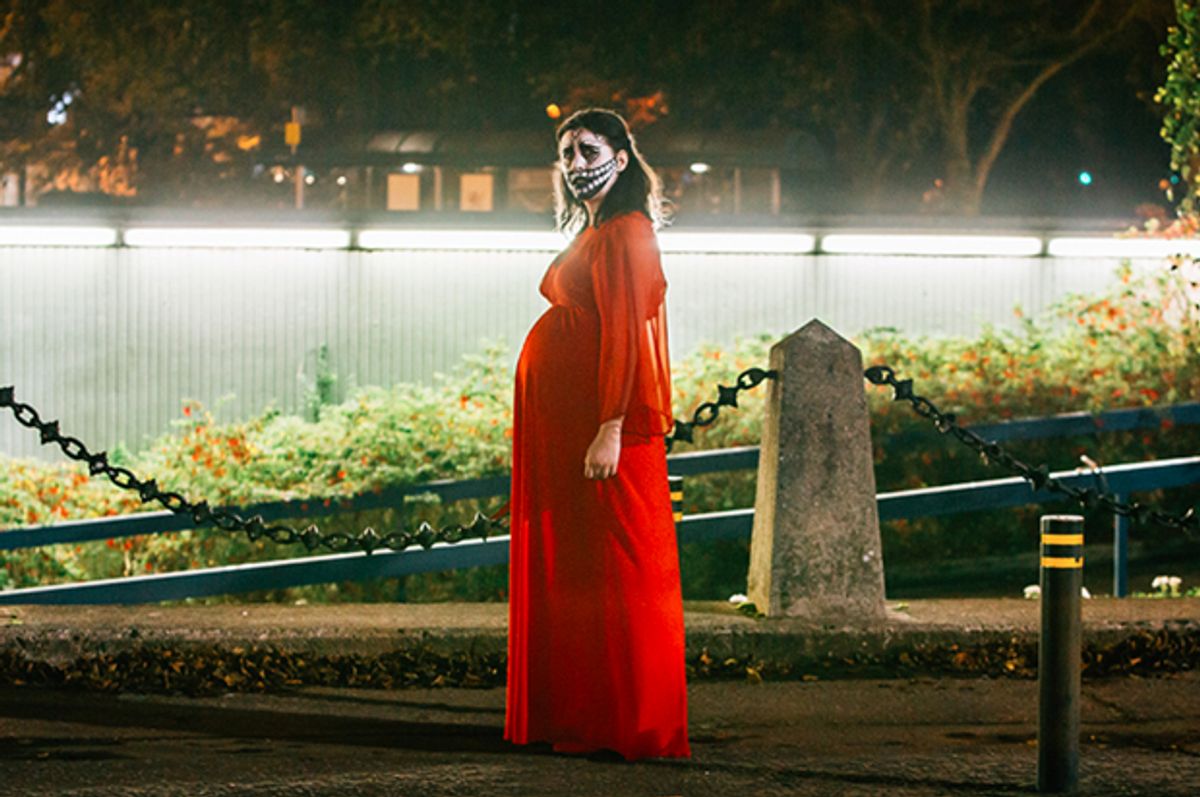 As Ruth, the protagonist of Alice Lowe’s minimalist, grotesque horror-comedy “Prevenge,” tells herself in one scene, it was totally unnecessary to kill one of the people she has just killed. By all appearances he was a kind and lovely man; he had offered to make her dinner, empathized with her difficult personal situation and persuaded her to eat an anchovy. Indeed there had been an immediate connection between them, which is remarkable considering that Ruth is about eight months pregnant, profoundly insane and partway through a serial murder spree.

On the other hand, a little voice inside her says, his name was Josh. Ruth admits out loud that this is a problem: There was simply no way a guy named Josh wasn’t going to tell the police about the fact that she’d stabbed his roommate through the eye. So, yeah, it’s really too bad he had to die. “Little voice inside her” is not a metaphor, by the way; Ruth is committing these murders because her unborn baby insists upon it.

Ruth is played by Lowe, the writer and director of the film, who was herself pregnant when she made it. Any one of those facts would be remarkable on its own; add them up, and the whole package sounds like a gimmick or a novelty act. It isn’t: “Prevenge” certainly isn’t to everyone’s taste, and Lowe is deeply uninterested in crafting a feminist manifesto or in offering Ruth some conventional form of redemption or transcendence. But the film is a precisely crafted black-comic nightmare in a distinctive British tradition, built around a truly extraordinary performance.

It’s entirely possible you’ve encountered Lowe if you watch a lot of British TV, but most of her work has been on children’s shows or in comic bit parts. There’s a sense in which Ruth fits that pattern: Alternately addled, depressive and profoundly deranged, she adopts a different persona for each of her murders. She’s a timid suburban mum when she enters the pet shop and confronts its lecherous proprietor (who himself seems like a character from a mid-’70s Monty Python sketch). She’s a hard-drinking party girl when she hits on DJ Dan, host of the deeply pathetic disco night at a downscale pub, who vomits into his wig on the taxi ride home and tells her that he likes “fat birds,” essentially because he thinks they lack all pride and self-respect.

If Ruth’s encounter with DJ Dan is both the funniest and most cringeworthy of the scenes in “Prevenge,” perhaps the most telling is her “job interview” with Ella (Kate Dickie), a stressed-out Scottish executive who doesn’t even pretend that Ruth’s pregnancy isn’t a major impediment. “You’ll be going on maternity leave as soon as you’ve unpacked your stapler!” she jokes. “Which isn’t a problem, per se. . .” Ruth asks what the problem might be, per se, but in all fairness she doesn’t give Ella much of a chance to answer.

There is indeed a pattern behind Ruth’s seemingly random plan of carnage, but first of all I’m not supposed to tell you things like that and also it’s really not important. Shot in just 11 days — which was no doubt a matter of necessity on various levels — “Prevenge” is driven less by plot in the normal sense than by mood, incident and atmosphere. It’s tedious to talk about influences, but Lowe’s directing debut is clearly shaped by early David Cronenberg movies, Italian horror of the 1970s and the postmodern wasteland of science-fiction legend J.G. Ballard. Although the film was shot in Cardiff, Wales, all specific geographical references are avoided; the true setting is just 21st-century lower-middle Britain, at its dampest and dreariest.

No doubt Lowe’s friend and former collaborator Ben Wheatley, the remarkable British director behind the recent Ballard adaptation “High-Rise” and the forthcoming “Free Fire” (and a bunch of other genre-blurring films before that), counts as an influence too. Lowe played a leading role in Wheatley’s 2012 road comedy “Sightseers,” and wrote the film with co-star Steve Oram. But it wouldn’t be fair to depict “Prevenge” as a Wheatley spinoff. It has its own distinctive edge of malice, and moreover Lowe and Wheatley are part of a larger transatlantic wave of youngish film and TV artists who blend periods and genres and no longer perceive any meaningful distinction between indie or “art-house” cinema and more commercial or populist modes.

One of my favorite characters in “Prevenge” is the meddlesome, faintly New Agey and semi-benevolent midwife played by Jo Hartley, who perfectly captures the way that Britain’s National Health Service is a wonderful thing that also drives people nuts. She catches Ruth on one of the latter’s bleariest and most distracted days (in between killings) and assures her that everything that’s happening in Ruth’s body and mind is part of nature’s plan. Ruth focuses on her with some difficulty. “Yeah,” she says. “But I think nature’s a bit of a cunt, to be honest.”

"Prevenge" is now playing in New York and Los Angeles, and is available nationwide on the streaming service Shudder.