Crime and no punishment: New PBS documentary series shows there is no justice for war criminals

“Dead Reckoning” from Jonathan Silvers is necessary if disturbing viewing 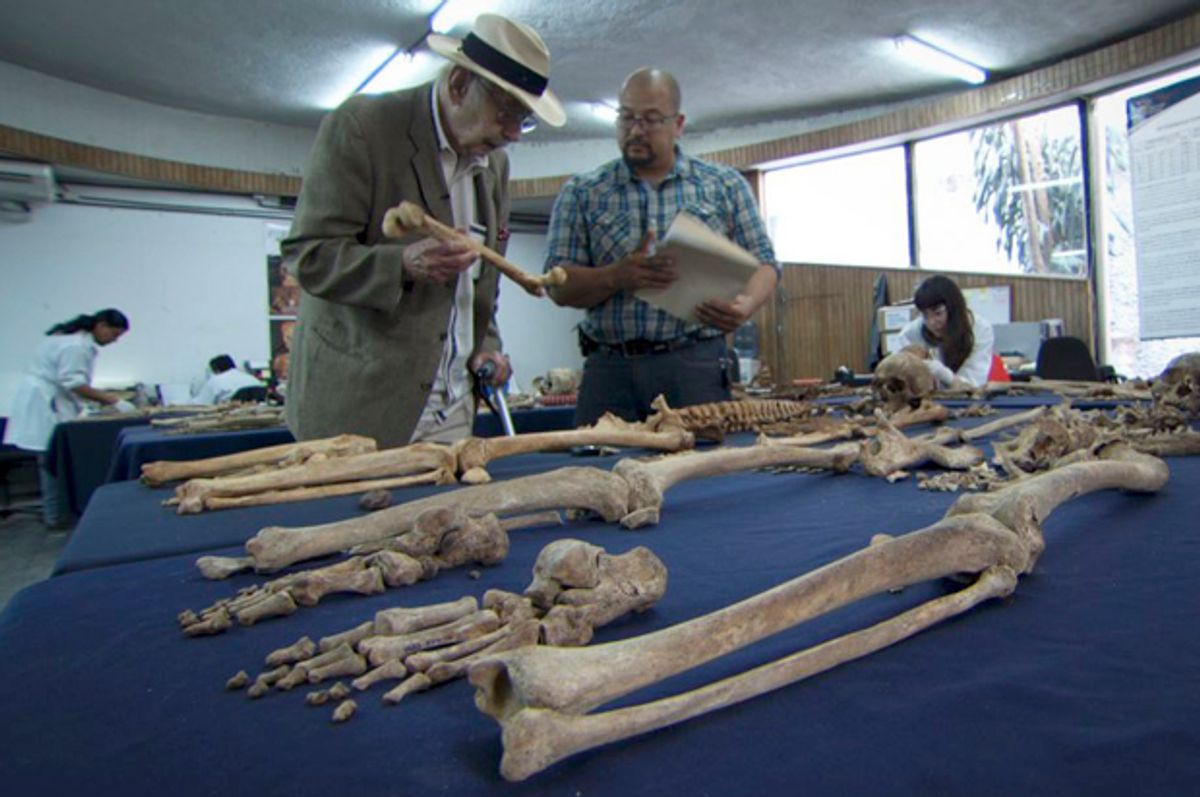 Imagine soldiers tossing children in the air and spearing them with their bayonets. Prisoners being shot in the back. Lifeless bodies heaped upon each other like trash in a landfill. War is meant to be deadly and frightening. Even in its platonic ideal, it is nightmare-inducing. But rules exist that are meant to protect civilians and prevent the inhumane treatment of prisoners. The problem, which provides the basis for documentarian Jonathan Silvers’ new three-part PBS series, “Dead Reckoning: War and Justice, ” is that these crimes of war persist because punishment is too infrequently enforced.

In addition to focusing on why war crimes so often go unpunished, “Dead Reckoning,” which premieres at 8:00 p.m. Tuesday night, shines a light on the work being done to hold perpetrators accountable. Its three hours are predominantly dedicated to the worst recent crimes against humanity — Nazi death camps and Rwandan genocide, for instance. Many of the images are gruesome, the stories recounted harrowing — each heightened by interspersed desolate electric guitar riffs. But the viewer’s rage is not directed at the culprits of these crimes so much as at the enablers. Distilled, the film’s thesis is that crimes of apathy enable crimes of passion.

For viewers, there will be a temptation to react with patriotism or partisanship. (Though the series makes no mention of America’s sitting president, his endorsement of torture colors the background.) But the series also makes clear that no nation or party is exceptional. Liberal and conservative administrations alike in countries as progressive as America and Germany have tried to bury evidence of war crimes committed in Vietnam or during the Holocaust, for instance.

Rather than governments and their leaders, the heroes of “Dead Reckoning” are the individuals who have dedicated their lives to finding and prosecuting perpetrators. It’s a pursuit that is unglamorous and often futile. Policing war is a relatively new phenomenon in human history — the Geneva Convention and Hague Convention were dictated in the late 19th century — and the development of effective tactics for doing so is a work in progress.

Early in the first part of the series, Eric Stover, who is Faculty Director of the Human Rights Center, explains why the pursuit of justice after war is so difficult. “You’re working in an environment that is often dangerous, you’re trying to collect evidence that the perpetrators do not want you to collect, and you need to make sure those who are responsible for widespread war crimes are brought to justice,” he says.
Making matters more difficult, the institutions tasked with carrying out justice are usually underfunded, understaffed, or overly bureaucratic. New technologies like smartphones and internet video-sharing platforms allow for greater documentation and wider dissemination of evidence. But the series suggests that confronting the preponderance of war crimes is a choice that ultimately falls on progressive governments — yet one that they are unlikely to accept without abundant constituent pressure. “I don’t think we ever learn the lesson or honor our obligations,” Silvers said in a phone conversation.

“Dead Reckoning” is heavy viewing. So it’s curious that PBS would air all three parts in one night. But those who can stomach three hours of heinous atrocities and painful negligence will be better — if not more cynical — citizens for it. Silvers makes a compelling case that ignorance poses a greater existential threat than misconduct. “If you don’t enforce these laws — if you don’t expose, prosecute and punish enemies of humanity — humanity itself, I think, is vulnerable,” he said. The series prizes being tough on crime, but suggests that, for nations, being truly tough means putting the screws to members of inviolable institutions.