Remember when Republicans were super concerned about a balanced budget? 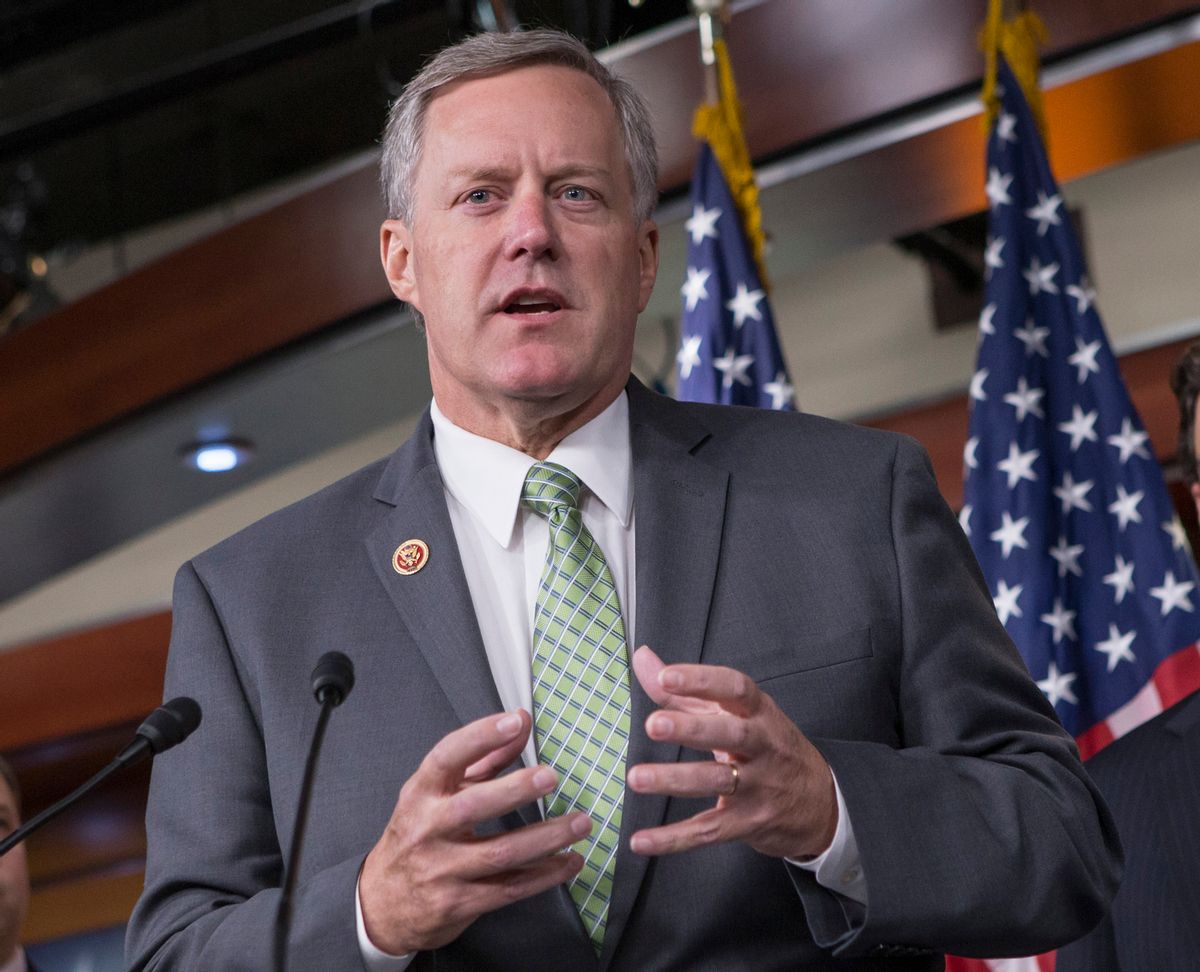 While it was rumored in January that Republicans would disregard their anti-deficit rhetoric in order to pass massive tax cuts, that issue temporarily receded into the background while President Donald Trump and Congress attempted to pass a repeal of Obamacare. Now the issue has reemerged — and the same ultraconservative House caucus that helped sink the Obamacare repeal bill is going along with the president.

During an interview on ABC's "This Week" on Sunday, the chairman of the House Freedom Caucus, Rep. Mark Meadows of North Carolina, told viewers that he's OK with running a deficit, if it's in the name of tax cuts.

"Does it have to be what they would say revenue neutral, or do you have to have an offset, like with the border-adjustment tax — I think those are going to be the two questions," he said. "There's been a lot of flexibility in terms of some of my contacts and conservatives in terms of not making it totally offset."

"When we start to grow the economy at 4, 4.1 percent, it actually not only increases wages but it puts more money in Americans pockets each and every day," Meadows added. "And so tax reform and lowering taxes will create and generate more income, and so we're looking at those, where the fine balance is. But does it have to be fully offset? My personal response is no."

Trump and congressional Republicans are seeking an overhaul of the tax code in order to score a political victory after the defeat of their health care reform repeal, according to The New York Times. Because Trump's more ambitious tax cut plan partially depended on repealing the Affordable Care Act, the new version will likely be more modest in scope.

.@RepMarkMeadows to @GStephanopoulos on whether tax cuts have to be "fully offset" so as to be revenue-neutral: "My personal response is no" pic.twitter.com/dX3cqR31r6