Pence: Trump is going to move the U.S. embassy in Israel

Trump wanted to change the U.S. embassy in Israel on the first day. Now it's simply something he's considering 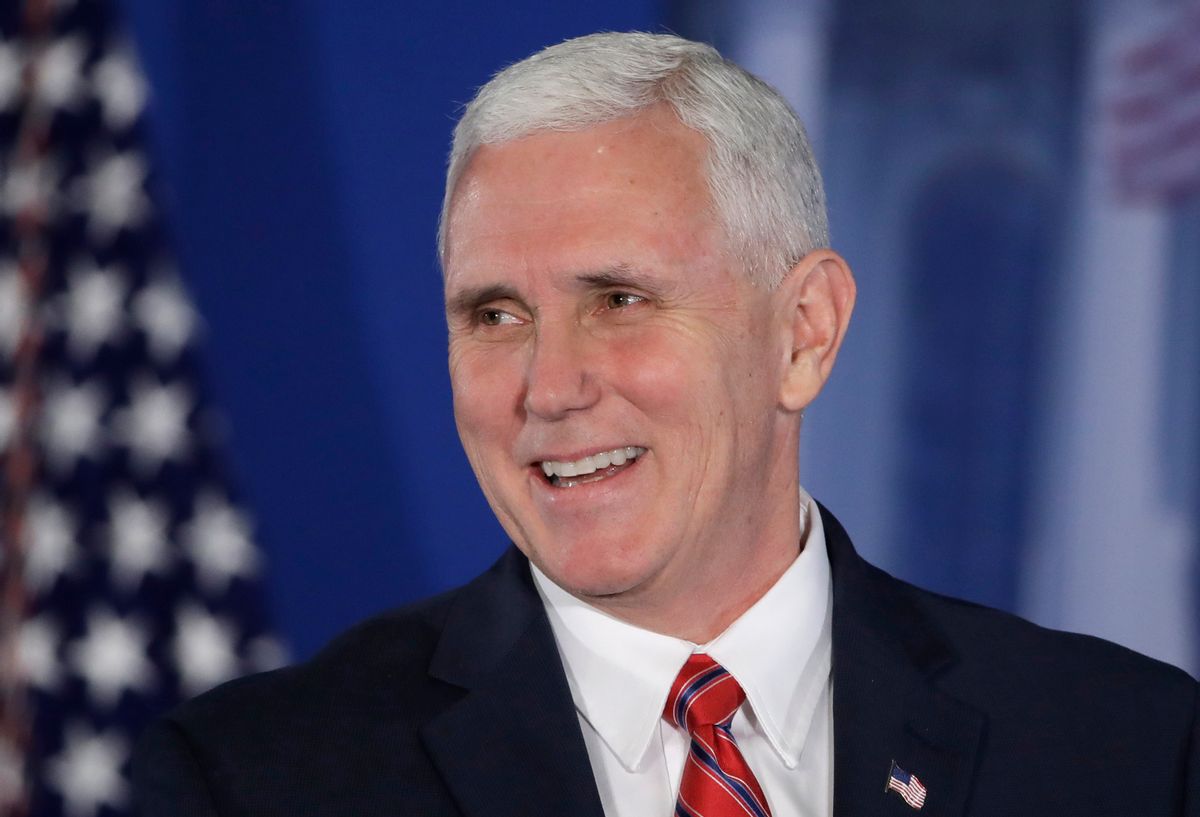 President Donald Trump said that he wanted to move America's embassy in Israel from Tel Aviv to Jerusalem on his first day in office, he did not do so. Now it appears that that may soon change.

During an appearance at the annual policy conference of the American Israel Public Affairs Committee on Sunday, Vice President Mike Pence told the audience that "after decades of simply talking about it, the President of the United States is giving serious consideration to moving the American embassy from Tel Aviv to Jerusalem."

In addition to strongly hinting that the pro-Israel camp's goal of having America's embassy in Jerusalem may be within reach, Pence also touched on the subject of America's policies toward Iran.

"America will no longer tolerate Iran's efforts to destabilize the region and jeopardize Israel's security. The ayatollahs in Tehran openly admit their desire to wipe Israel off the map and drive its people into the sea. For decades, Iran has funneled weapons and cash to terrorists in Lebanon, Syria and the Gaza Strip. They've gone to great lengths to develop nuclear weapons and ballistic missiles," Pence told the audience.

He added that "let me be clear, under President Donald Trump, the United States of America will not allow Iran to develop a nuclear weapon. This is our solemn promise to you, to Israel, and to the world."

Finally, Pence reassured the audience that Trump "is also invested in finding an equitable and just solution to the Israeli-Palestinian conflict."

In an interview with Israel Hayom last month, Trump seemed more hesitant about moving the embassy to Jerusalem. "I am thinking about the embassy, I am studying the embassy [issue], and we will see what happens. The embassy is not an easy decision. It has obviously been out there for many, many years, and nobody has wanted to make that decision. I’m thinking about it very seriously, and we will see what happens," he told the publication.