With an approval rating of 36 percent, President Trump points to executive orders as wins 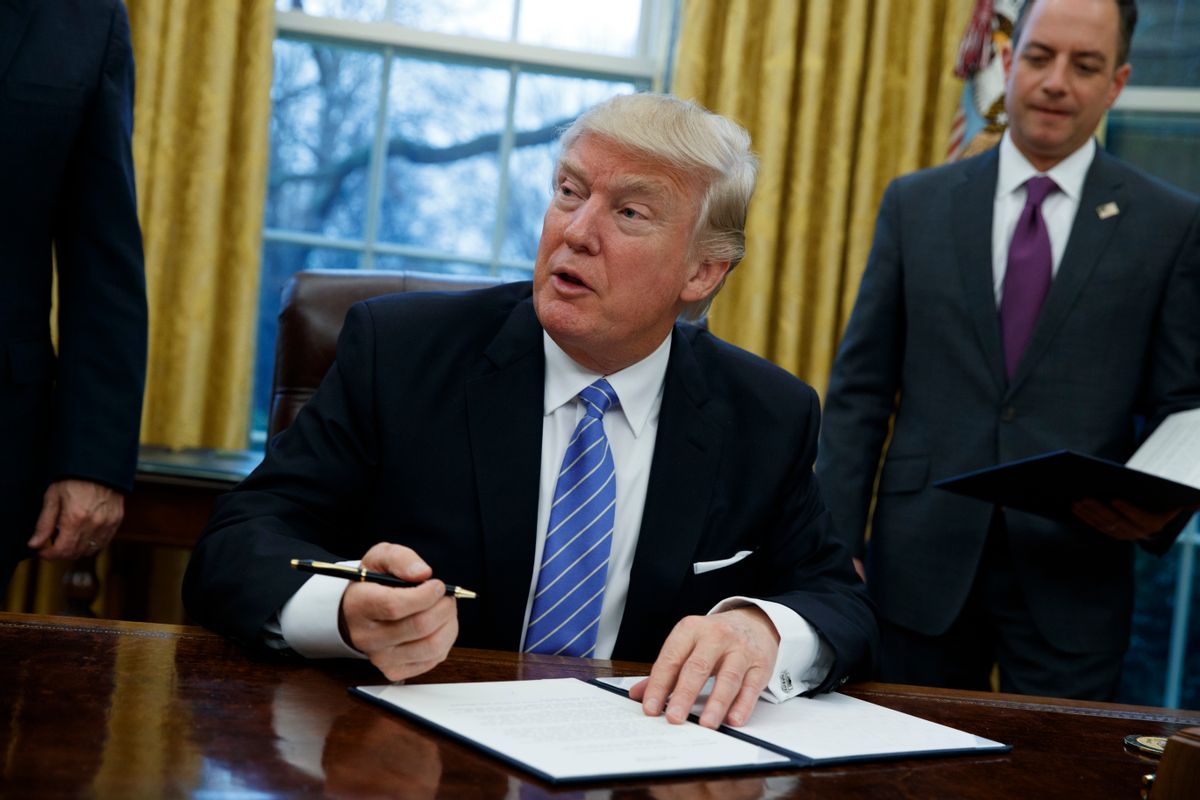 President Donald Trump's approval rating has crumbled to 36 percent, a low point never reached by former President Barack Obama, according to Gallup daily tracking poll. In need of a win following the legislative collapse of Trumpcare, Politico reports that the Trump administration plans on rolling out executive orders on trade, energy to manufacture some needed triumphs.

In a text message to Politico, White House Chief Strategist Steve Bannon said that there would be "action, action, action" from the White House this week. On ABC's "This Week" Environmental Protection Agency chief Scott Pruitt said that Trump will sign an executive order that will scrap Obama's Clean Power Plan.

Next on the legislative agenda appears to be tax reform, but Press Secretary Sean Spicer said Monday that Treasury Secretary Steve Mnuchin is aiming for August as an appropriate time to reveal the details.

Until then, Trump's first 100 days would have come and gone — meaning no landmark legislative victory.

American voters seems to recognize that the president has little political capital at the moment. Gallup's recent poll shows that Trump's approval rating is at 36 percent, while his disapproval rating is up to 57 percent. The survey was conducted largely after the failure of the American Health Care Act, showing that Trump's losses are resonating with voters.