Working while sick is "a plague and we need to wipe it out": Maryland faces paid sick leave showdown

Advocates are pushing state Democrats to give an estimated 750,000 workers sick leave benefits 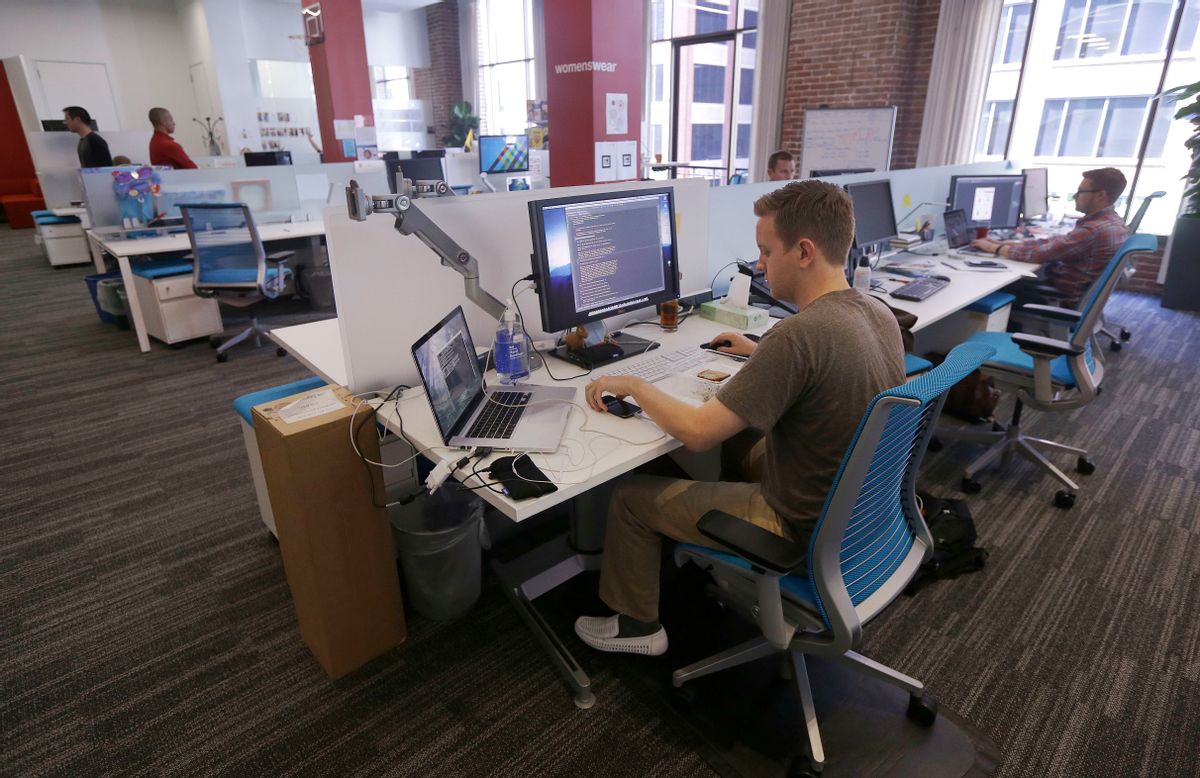 ANNAPOLIS — A showdown is looming between Democratic Party lawmakers and the state’s Republican governor over legislation designed to guarantee most Maryland workers the right to paid sick days.

The new law has been moving slowly through the legislature but scored an important advance last week when the Maryland Senate approved a modified version of a similar bill that passed the House of Delegates earlier this month. The increased likelihood that a final bill would be approved by both houses of the legislature in the next few weeks prompted an explicit veto threat from Gov. Larry Hogan, who claims the law would be burdensome to businesses in the state.

A showdown over the issue of “earned sick leave,” as proponents of paid sick days prefer to call it, is therefore in the offing, according to Crystal Hall, a campaigner with the Baltimore-based advocacy group Workers United. Support among state legislators is relatively strong, she says, and it seems likely that a Hogan veto could be overridden, although such a vote would be close.

Progress toward earned sick leave has been painfully slow, explains Liz Richards, a spokeswoman for Working Matters, a 160-member coalition of labor groups, faith-based organizations and healthcare advocates pushing the new law. It was introduced into the legislature years ago, but never gained real momentum until this year. Dogged lobbying and coalition-building over the years finally convinced Democratic Party leaders to move paid sick leave to the top of the agenda, Richards says, spurred in part by a successful 2015 effort in the state’s populous Montgomery County to enact paid leave at the local level.

The centerpiece of the earned sick leave law would require employers to give workers a minimum of five sick days a year. It would apply to most workers in the state, except those at companies that employ less than 15 people. Working Matters estimates that 750,000 people in Maryland do not currently have paid sick days.

Being forced to work without paid sick leave “is a plague and we need to wipe it out,” says Doreen Hicks, 46, a commercial housekeeper from the Baltimore suburb of Dundalk. “Everyone needs paid sick leave … We needed it years ago.”

Hicks says she has been working at low-income jobs for some 30 years.

“When my daughter was younger, I sometimes would have to take time off to take her to the doctor. That’s less money at the end of the week. That means something for a lot of people,” she says.

Her experiences led Hicks to become a volunteer for Workers United and to campaign for the new bill. Much of the campaign work has involved coaxing conservative pro-business Democrats into supporting the bill, explains Hall, as this faction controls the difference between a simple majority of legislative votes and the larger majority needed to override a gubernatorial veto. Last week’s Senate action, for example, passed with 29 votes — the absolute minimum needed to override a veto—and some of those votes are regarded as a little shaky, Hall says.

Historically, pro-business Democrats in Maryland have often allied themselves with conservative Republicans to block pro-worker legislation in the state. For progressive organizations, that means they must spend most of their lobbying energy on a handful of Democrats.

Labor unions have been important in that effort.

"Working Matters has been thrilled to have the labor community as part of our broad coalition. They have helped lead the charge calling, emailing and contacting legislators to make earned paid sick days a reality,” says Richards.

If the bill is passed, Maryland would join Connecticut, California, Massachusetts, Oregon and Vermont as states that have already enacted paid sick leave laws. Washington, D.C., New York City, and a number of other municipalities have passed local ordinances guaranteeing sick pay.

With only three weeks left before the Maryland legislature is scheduled to end its annual session, work is now shifting almost entirely behind the scenes, where Democratic Party leaders will negotiate with Hogan — and among themselves — on the final shape of the law.

“I stated working when I was 16 and I never had paid sick leave until just last year when I finally got it,” Hicks said. “I’ve worked all my life to pay the bills.”