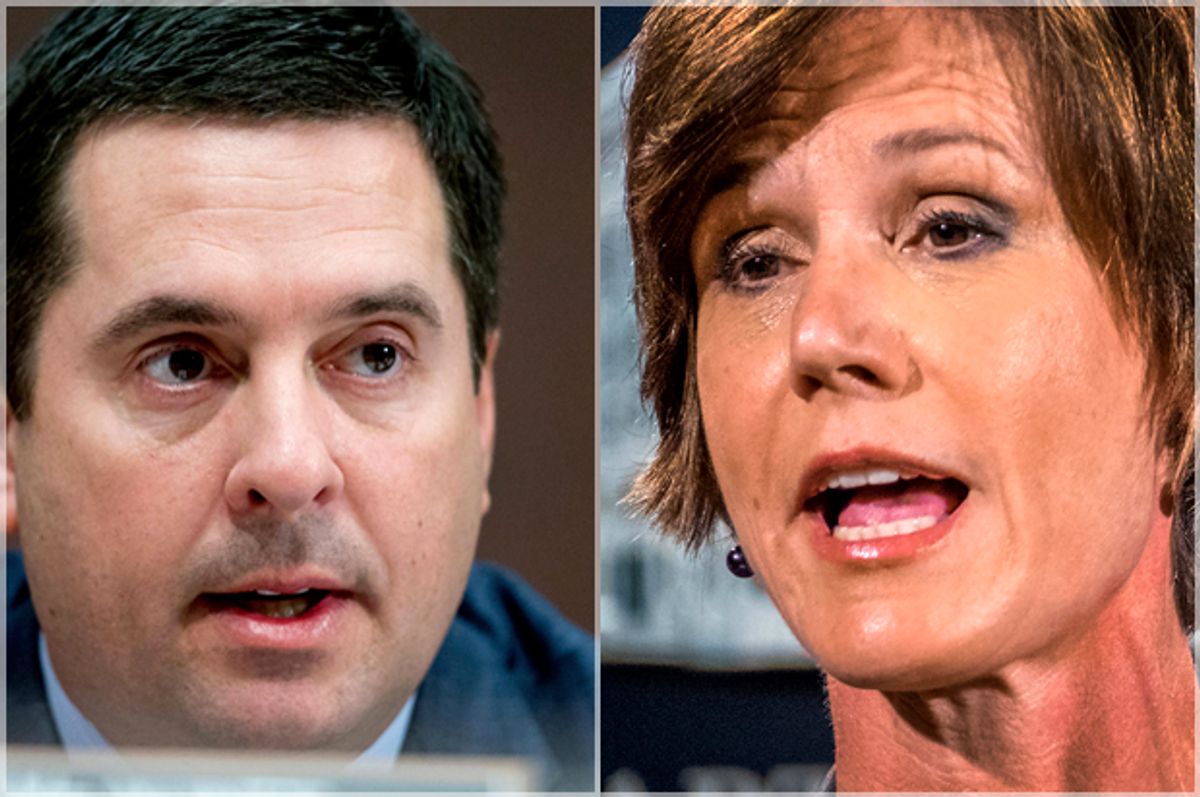 The Washington Post has uncovered letters that demonstrate Justice Department officials that instructed Yates not to discuss anything with Congress that could be considered privileged communication between a president and his subordinate.

One letter from March 23 — which was written by Yates' lawyer, David O'Neill, to Acting Assistant Attorney General Samuel Ramer — described how "the Department of Justice has advised that it believes there are further constraints on the testimony Ms. Yates may provide at the [House intelligence committee] hearing." While it expressed understanding for the Justice Department's position that Yates should not discuss information she received or actions she took while working for the Trump administration "absent written consent of the department," O'Neill insisted that "we believe that the department’s position in this regard is overbroad, incorrect, and inconsistent with the department’s historical approach to the congressional testimony of current and former officials."

He added, "Requiring Ms. Yates to refuse to provide such information is particularly untenable given that multiple senior administration officials have publicly described the same events."

In response, Justice Department official Scott School wrote the next day that Yates' conversations with the White House "are likely covered by the presidential communications privilege and possibly the deliberative process privilege. The president owns those privileges." School made it clear that Yates "needs to consult with the White House" before discussing potentially sensitive communications.

Yates' lawyer replied by reiterating his earlier argument and adding that "nevertheless, I am advising the White House of Ms. Yates’ intention to provide information."

On the day that this letter reached the White House, Nunes decided to cancel that day's hearings. Ranking Democratic House Intelligence Committee member Rep. Adam Schiff of California tweeted at the time that this was a deliberate attempt "to choke off public info." On Tuesday he issued a public statement denouncing the White House's attempt to prevent Yates from discussing conversations potentially relevant to the committee's investigation and urged a swift rescheduling of her appearance so that she can testify.

On Monday night, former Department of Defense and Central Intelligence Agency chief of staff Jeremy Bash told MSNBC's Brian Williams that "the hearing this week was gonna hear from Sally Yates, the former acting attorney general, and I’m told that she had some very interesting things to tell the committee, to tell the public, about when she told the White House counsel that Mike Flynn had in fact been lying to the vice president." He then described subsequent events as an "elaborately choreographed gag order on Sally Yates."

"The White House has taken no action to prevent Sally Yates from testifying and the Department of Justice specifically told her that it would not stop her and to suggest otherwise is completely irresponsible," the statement from Press Secretary Sean Spicer said.