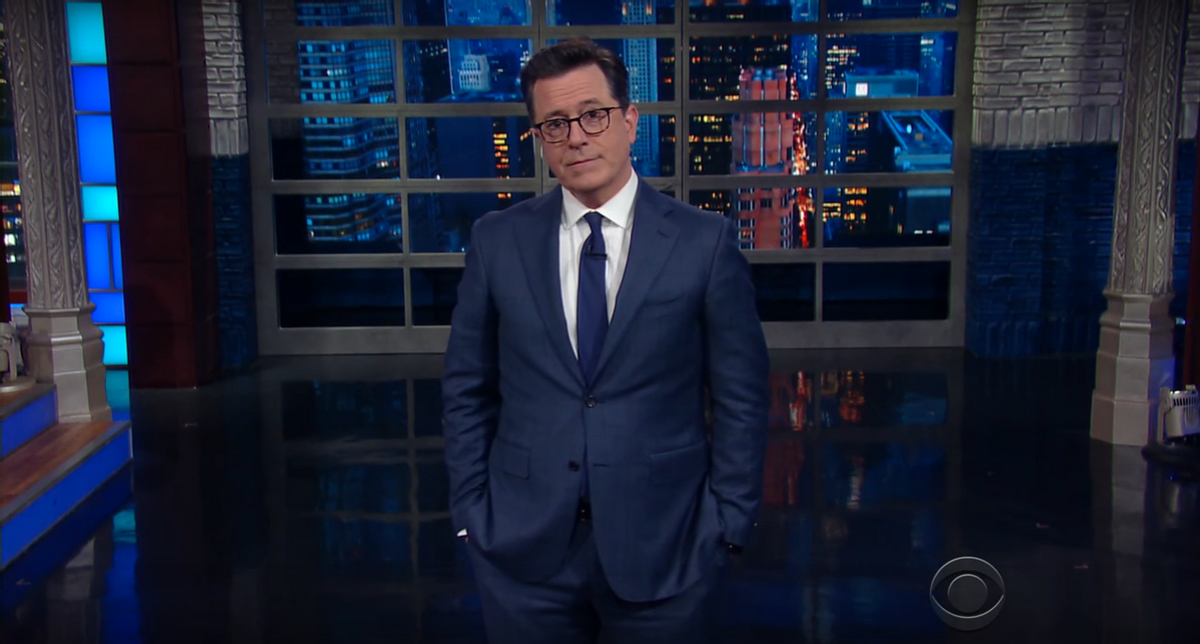 The "Late Show with Stephen Colbert" was off last week, but luckily for the show's host nothing of significance really happened in the world of politics — minus, of course, the GOP's failed attempt to repeal Obamacare.

"They folded the Obamacare repeal and placed it in the cabinet of broken Republican dreams," Colbert said Monday night. "Next to trickle down economics and a Jesus-shaped fighter jet that drops gay people on ISIS."

Just like that, a seven-year fantasy was suspended because President Trump failed to corral enough votes. But something wasn't adding up for Colbert.

"Not enough votes to get a majority?" he mused. "Well, that didn't stop him from becoming president."

"After all his campaign promises. Nothing. It's almost like you can't trust a fast-talking city slicker who rolls into town promising a magic solution for all of our medical needs," Colbert said. "I'm starting to doubt the effectiveness of Dr. Bannon's anti-Muslim toad oil."

Despite the derailment of the GOP's health care bill, a conservative pac ran ads during March Madness that prematurely celebrated the successful repeal of Obamacare.

"Republicans are keeping their promise with a new plan for better health care. Thank Congressman Greg Walden for keeping his promise and replacing the Affordable Care Act," the narrator of the ad said, which was paid for by American Action Network.

Colbert joked that they might as well have run ads "congratulating Kansas for making it to the Final Four and printed a newspaper declaring, 'Dewey Defeats Health Care Reform.'"