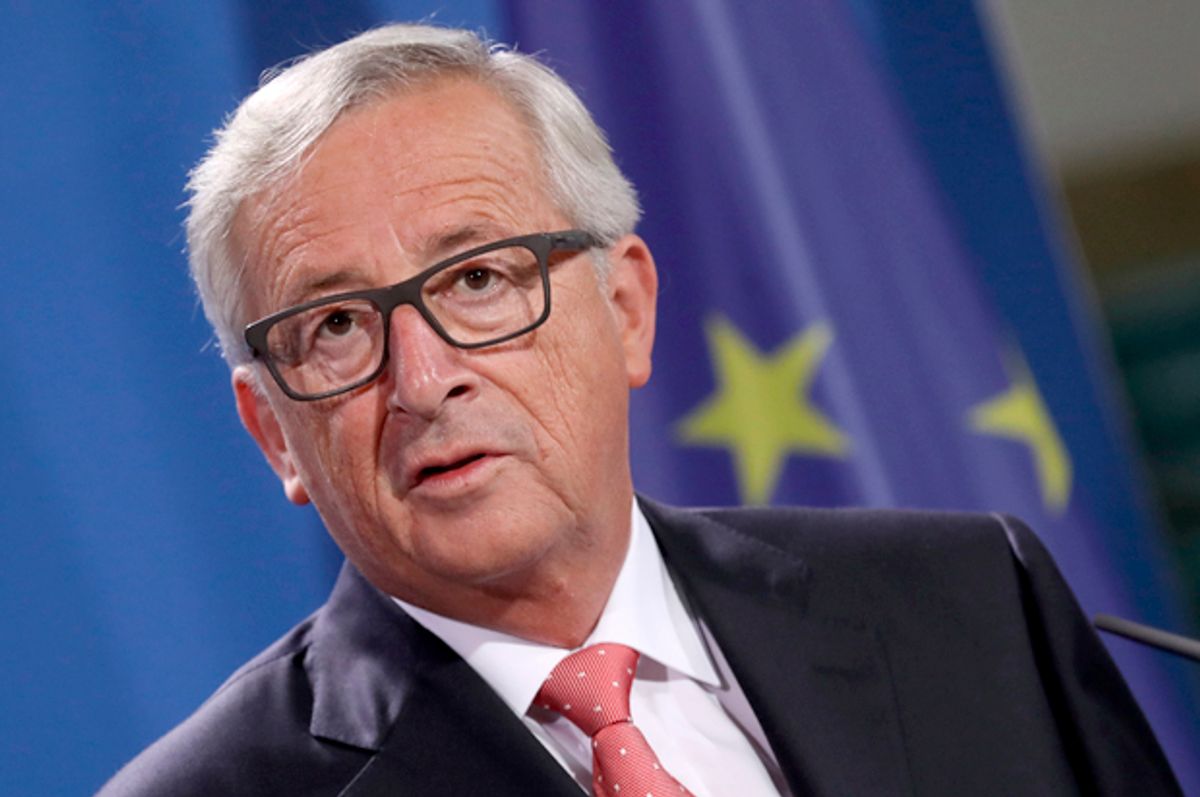 In an extraordinary speech, the leader of the European Union's top governing body warned President Donald Trump on Thursday to keep out of the Continent's internal affairs.

"The newly elected U.S. president was happy that the Brexit was taking place and has asked other countries to do the same," European Commission President Jean-Claude Juncker said.

Should Trump continue encouraging other nations to leave the EU, Juncker vowed that he would support efforts to encourage American states to secede from their union.

"If he goes on like that, I am going to promote the independence of Ohio and Austin, Texas, in the United States of America."

Juncker made his remarks at a conference sponsored by the European People's Party, a coalition of center-right political parties from around the Continent who work together to run candidates for EU governing bodies.

His comments about Trump came amid concern expressed by some political observers that the EU could become permanently destabilized by the United Kingdom's decision to leave.

“Brexit isn’t the end. A lot of people would like it that way," Juncker said.

The Luxembourg politician is no stranger to political controversies. Last August Juncker was criticized for saying that "borders are the worst invention ever made by politicians."

Juncker has also been attacked for his role in promoting corporate tax avoidance in Luxembourg, a tiny nation situated between France and Germany with fewer than 600,000 inhabitants. Some companies have allegedly incorporated in Luxembourg under a tax rate of less than 1 percent.

Despite Juncker's claim, Trump has not urged other countries besides Britain to leave the EU. In January, however, he predicted that other nations might choose to withdraw from the consortium.

“I believe others will leave. I do think keeping it together is not going to be as easy as a lot of people think," Trump told the British paper The Times.

Trump suggested that the EU was destabilizing itself by accepting too many self-described refugees from other parts of the world. "If refugees keep pouring into different parts of Europe . . . it’s going to be very hard to keep it together because people are angry about it.”

The U.S. president also claimed that the EU is essentially dominated by Germany and that British voters had reacted to that: “You look at the European Union and it’s Germany. Basically a vehicle for Germany. That’s why I thought the U.K. was so smart in getting out.”

Juncker's remarks were likely somewhere between a joke and an idle threat, but one nation is already supporting the efforts of separatists in several American states, if only on a small scale. For several years, as Salon reported in December, Russia has backed secessionist activists in both California and Texas, paying for travel expenses and even office space.