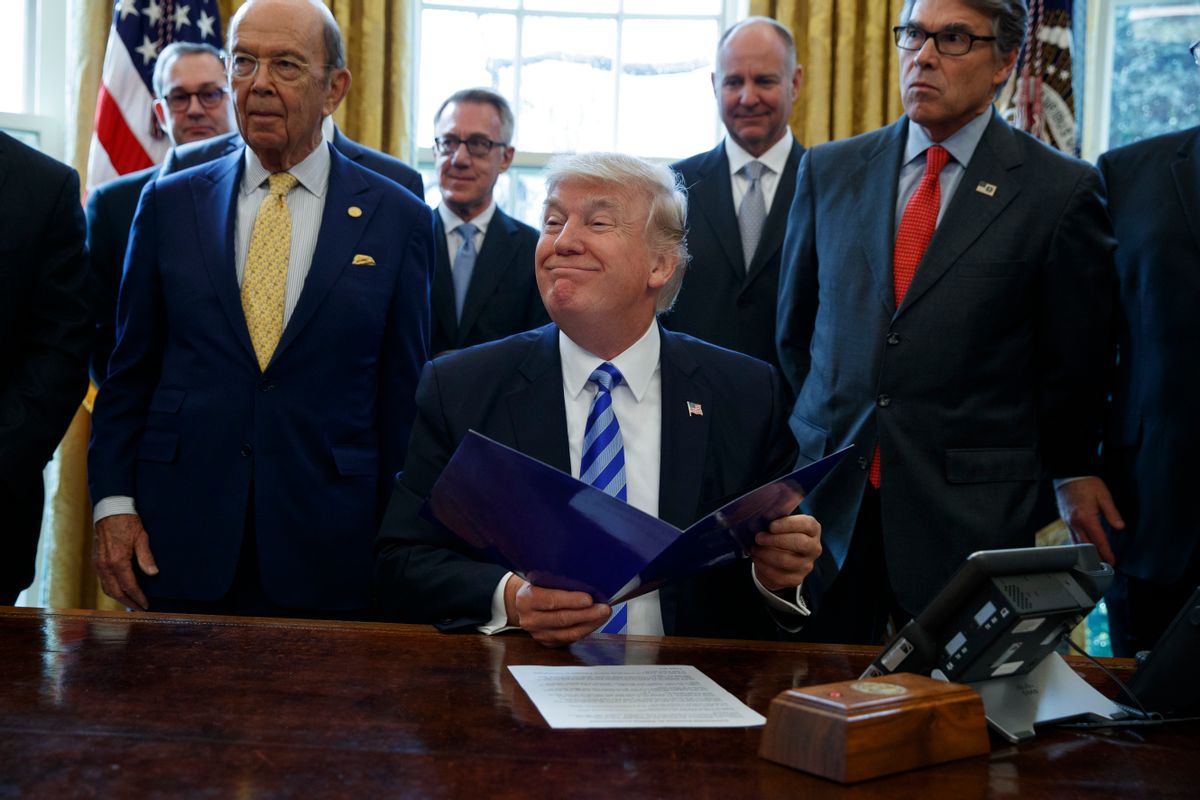 Stealing a page straight out of Florida Gov. Rick Scott’s playbook, the Trump administration has reportedly directed the only office within the U.S. Department of Energy with the word “climate” in its title not to use the phrase “climate change.”

Politico reported Wednesday that a supervisor at the Energy Department’s Office of International Climate and Clean Energy encouraged employees to avoid the words “climate change,” “emissions reduction” or “Paris Agreement” in any written communications because it “would cause a ‘visceral reaction’ with Energy Secretary Rick Perry, his immediate staff, and the cadre of White House advisers at the top of the department.”

An unnamed Trump administration official told Politico that although a formal directive has not been issued, "people are doing a lot of reading into tea leaves. People are taking their own initiatives to not use certain words based on hints from transition people. Everyone is encouraged to finding different ways of talking about things. There's a sense that you'd better find a way to delink" from talking points used by Barack Obama's administration.

Perry, the former Texas governor who until recently served as a board director of the two energy companies trying to build the Dakota Access Pipeline, is a noted climate-change denier. While he was chief executive of the Lone Star State, Perry’s administration censored scientific research by deleting references to climate change from a paper it commissioned about environmental changes in Galveston Bay. In 2011, Perry claimed that "there are a substantial number of scientists who have manipulated data so that they will have dollars rolling into their projects."

Trump's pick to lead the Environmental Protection Agency, Scott Pruitt, also failed to mention climate change in his first speech to the agency. A spokesperson for the Department of Energy, however, told Politico that specific words have not been banned by Trump’s pick to lead the agency.

“We will continue to support the EPA’s clean power plan and the reduction of carbon emissions associated with electrical power generation,” said Mark Buckley, vice president of environmental affairs for Staples, calling it “smart business.”