"With my younger siblings, when white people wanted to touch their hair, I was like, "no!" says Dolezal 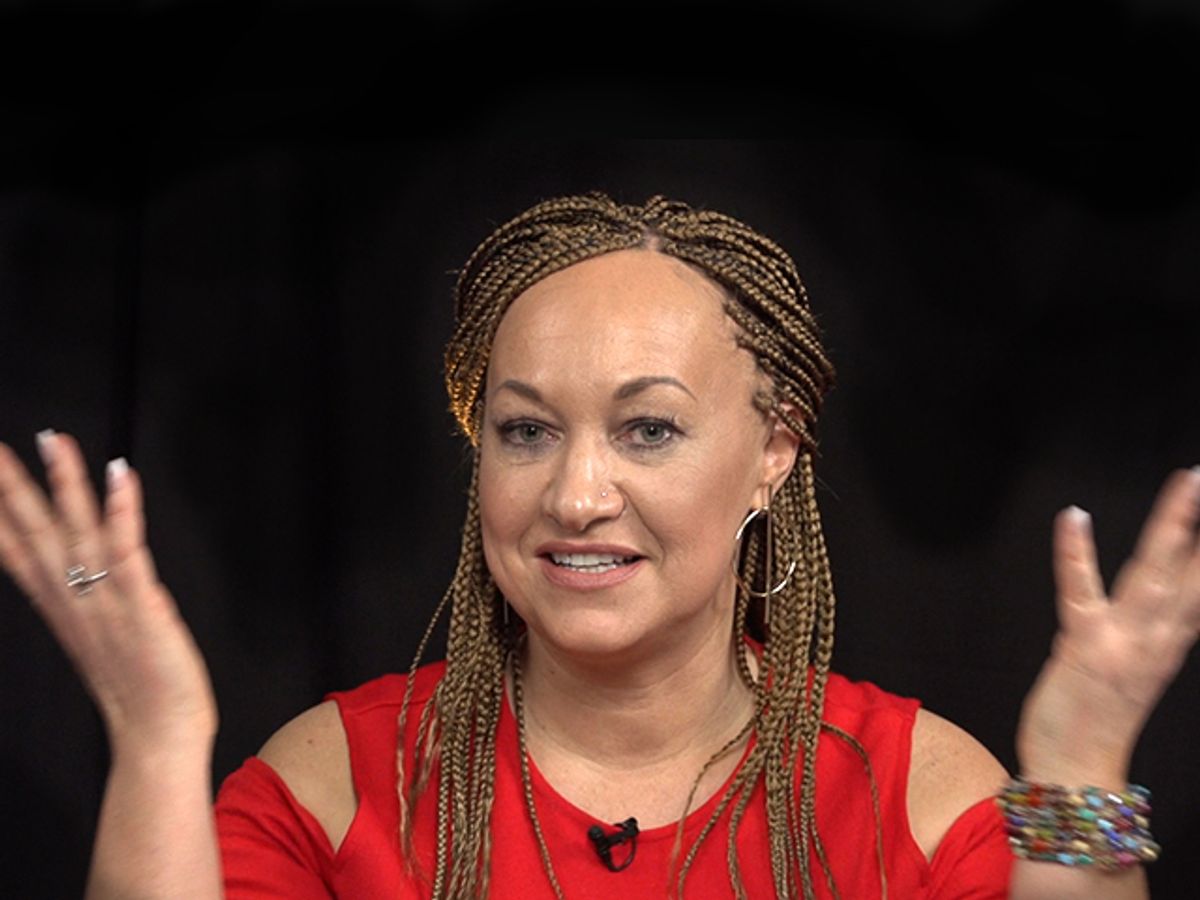 "This is the first time I've had my hair done in 20 years by someone else," said Rachel Dolezal on the set of Salon Talks this week, when she stopped by to discuss her new book, “In Full Color: Finding My Place in a Black and White World.” Braids like the ones Dolezal wears can take five hours or more to fashion and they feel "like a face-lift" to her. "I can't afford Botox, so I need braids."

The last few years have been tough for her, she said, noting her newly adopted legal name, Nkechi Amare Diallo, which she claimed was a "gift" to her  by a Nigerian man.

Dolezal has become a polarizing figure after heavy media coverage and despised by many observers for posing as a black person. The “transracial” woman was “outed” two years ago by her biological parents for not being black as she had claimed and subsequently resigned from her job as head of an NAACP chapter in Spokane, Washington.

Today because no one will hire her for a teaching position or the social justice work she did for many years on behalf of people of color, she has turned down pornography job offers and instead braids hair for black family members and friends in her community, she said. With a new baby to support, Dolezal had to become creative.

"I've been a braider for 22 years," she told Salon. "I was doing an adopted girl's hair — a girl who was adopted by a white family in Montana, and nobody had a clue. I was like, I'll figure it out. I'm an artist. I'm good with my hands. I've been knitting and spinning. It's all practice. It's an art form."

Dolezal came to the interview accompanied by one of her adoptive siblings and her baby son. Because Dolezal helped raise her four adoptive siblings (who all are black), she said she learned certain cultural mores and felt protective of black women's hair when people admired braids or wanted to touch them. In the black community today, many prefer that others don't just reach out and touch someone's hair, even if admiring it, because it's often been done without consent. "Even with my younger siblings, when white people wanted to touch their hair, I immediately was like, 'No, what?' It's sort of an instinctive response," Dolezal said.