Do not look Rex Tillerson in the eyes if you work at the State Department: report

The former Exxon Mobil CEO is having a tough time transitioning to the government, reportedly distrustful of staff 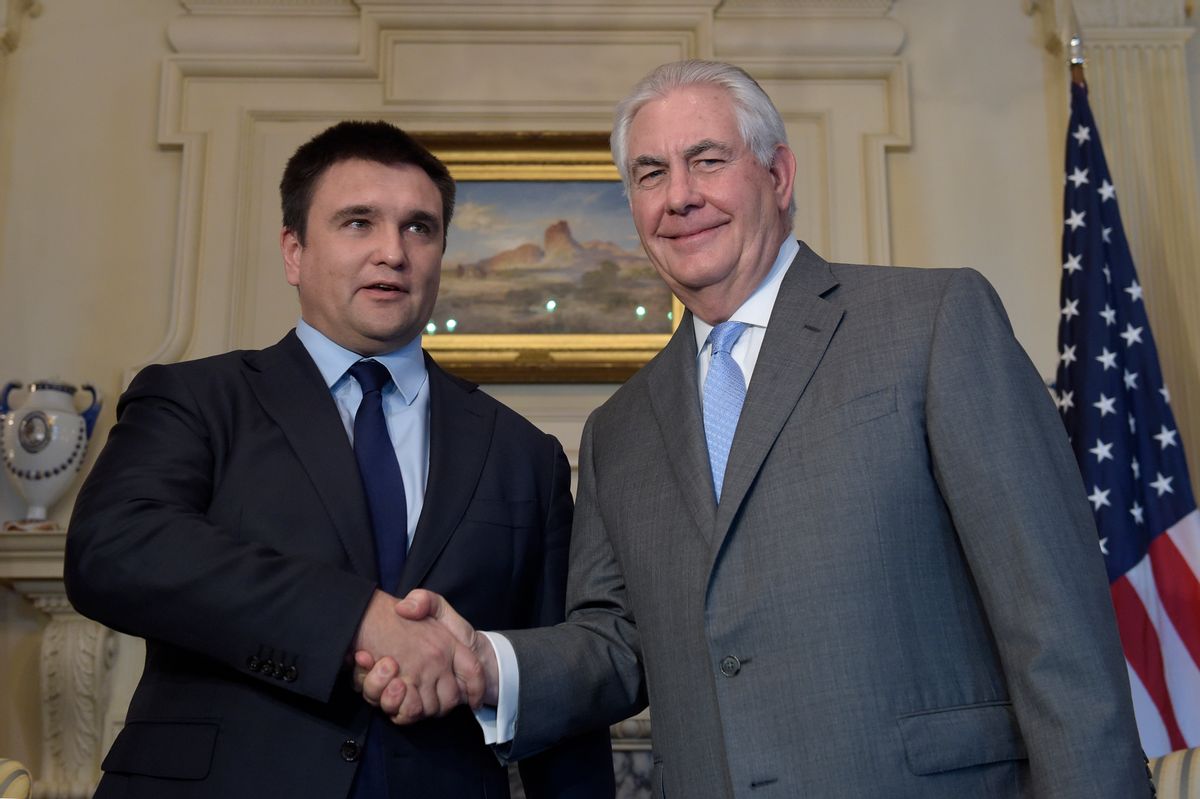 Eight weeks into his tenure as President Donald Trump's Secretary of State, Rex Tillerson has almost completely walled himself off from the rest of his department, The Washington Post reported Friday, as career diplomats have been instructed to avoid making eye contact with their boss.

Tillerson takes a private elevator to his office on the seventh floor of the State Department building, where few State employees catch a glimpse of him.

The Post suggests that Tillerson's lack of communication with his department led to the embarrassing gaffe of cancelling a NATO foreign ministers’ meeting.

News of Tillerson's timidness with his employees comes a week after the former ExxonMobil CEO admitted that he only took a job in Trump's administration because his wife told him to.

The top Democrat on the House Foreign Affairs Committee, Rep. Eliot Engel of New York, said that he has had discussions with Tillerson and got the impression that the secretary of state disagreed with Trump's commitment to downsize the State Department.

“When you put it all together, it certainly seems they’re trying to downsize the State Department and make it irrelevant." I’m at a loss for words, Engel told The Post. "Why would Tillerson take the job if he was not going to defend his agency?”

Another senior Senate Democratic aide speculated that Tillerson has a distrust of his bureaucracy.

“Part of it is a deep distrust of bureaucracy,” the aide said. “It sets a command climate that makes people cautious and paranoid. These folks, in their political-commissar roles, take that to an extreme. Everything we have heard is about how small the aperture is for information coming in and going out of the secretary’s office. That is not a recipe for success.”

Since taking over the State Department, Tillerson has fostered a sense among career diplomats that they are considered an obstacle to change, one department official told The Post.

“We’re rooting for our secretary of state to come around, and trying to figure out a way to convince him we do work for administrations of both parties,” the official said.