Though Trump may not have to deal with Russia to make more money, he's already dealt with them a lot 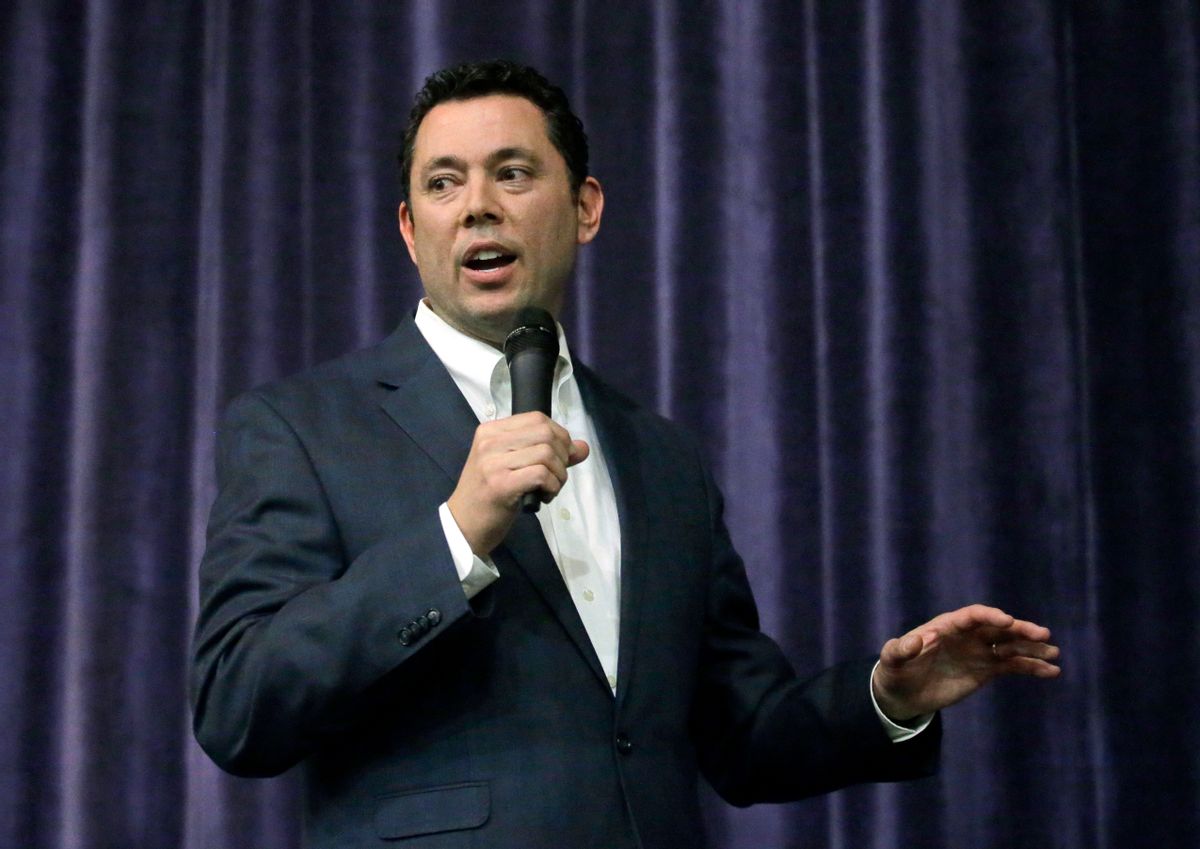 More than a month after the Republican chairman of the House Oversight Committee, Rep. Jason Chaffetz of Utah, was greeted at a town hall meeting with chants of "Do your job!" he still seems unwilling to investigate President Donald Trump's conflicts of interest.

In an interview with The Atlantic published on Friday, Chaffetz said that he didn't think Trump could be abusing his office for financial gain because he's already wealthy.

"He’s very rich," Chaffetz said. "I don’t think that he ran for this office to line his pockets even more. I just don’t see it like that."

Later, when asked about a deal between the family of Trump's son-in-law and adviser Jared Kushner and a Chinese insurance group (which was later canceled), Chaffetz dismissed the possibility of investigating it on the grounds that "I don’t see how that affects the average American and their taxpayer dollars. Just the fact that a staff person’s family is making money? It’s not enough."

Since taking over the House Oversight Committee in 2015, Chaffetz has launched high-profile investigations of scandals related to Democratic presidential candidate Hillary Clinton. In particular, he has focused on alleged errors as Secretary of State during the terrorist attack in Benghazi in 2012, as well as on her controversial private email server setup during that same period.

Chaffetz didn't mention that Trump may be rich because of his Russian connections — which would still constitute a massive conflict for the president. As his son Donald Trump Jr. told a real estate conference in 2008, "Russians make up a pretty disproportionate cross-section of a lot of our assets. We see a lot of money pouring in from Russia."

Although Trump's business connections to Russia trace at least as far back as the 1980s, he began turning more concertedly to major Russian financial interests (most of which have close ties to Vladimir Putin's regime) after other banks refused to lend him money due to his multiple bankruptcies.