With all the infighting in the GOP, Trump has turned to his daughter for help, which surprises Noah not one bit 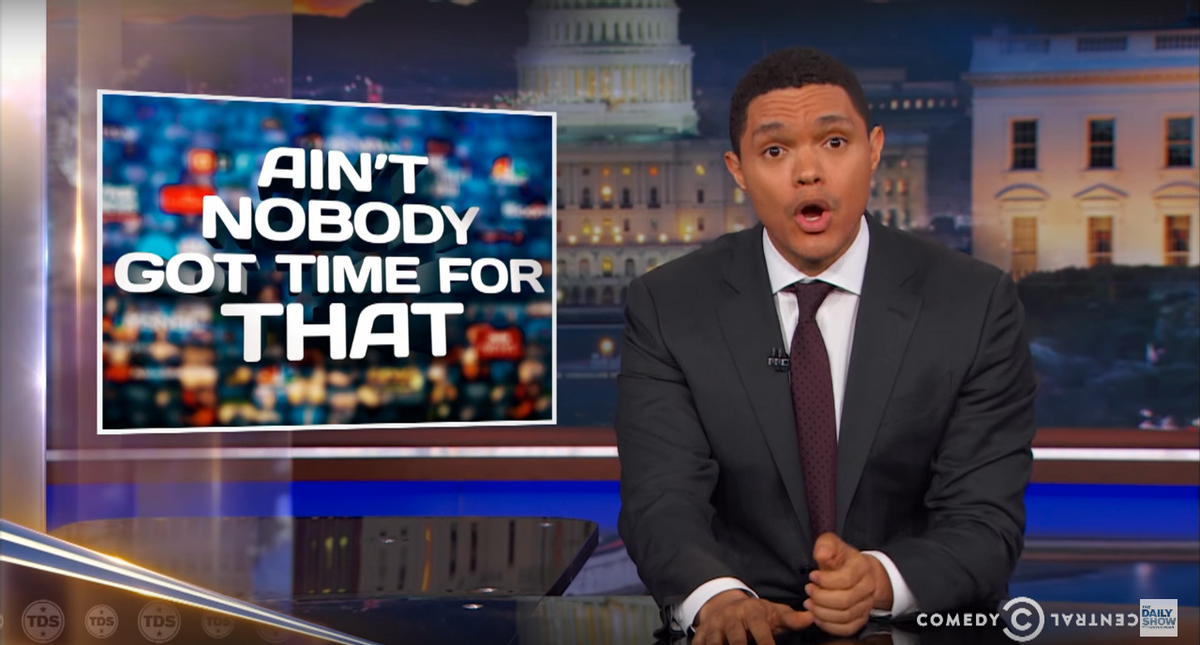 A lot has happened in the world of politics this past week and Trevor Noah is having a difficult time making sense of it all: President Donald Trump hired his daughter, the White House waged a war against the GOP's Freedom Caucus and North Carolina repealed its so-called "bathroom bill," just to name a few.

That said, the host of "The Daily Show" was not all that surprised that Ivanka Trump — whom he called a liar — would be joining the administration.

"He was eventually going to find some way to bring her in," Noah said. "But two months? This man has the patience of a toddler."

"A smart man would go for the long con," he continued. "Trump is the guy standing outside the jewelry store, saying, 'Now we wait until the guards go home and then — Screw it let's go in now!'"

While Trump has been shaking up the staff, he has also been attacking Republicans in Congress who helped derail the Obamacare repeal bill. One Republican, Rep. Justin Amash, sent out a tweet mocking Trump's pledge to drain the swamp.

Noah could not believe the political infighting that is going on in the GOP.

"Freedom Caucus Guy is accusing Donald Trump of being an establishment politician," Noah said. "That is like calling Godzilla a city planner."

"It's not enough that he is fighting the Democrats, the FBI, the federal court and Mexico. Now he is also fighting the Republicans," Noah continued. "He is like a political Jackie Chan."

North Carolina also repealed its controversial bathroom bill this week, made possible mostly because the NCAA threatened to boycott the state.

"I knew college basketball was big in America but big enough to undo transphobia?" Noah said. "North Carolina has become such a disgrace that South Carolina has changed its name to North Georgia."