A mass rebellion erupts as GOP lawmakers wash their hands of health bill; Trump is exposed as a clueless dealmaker 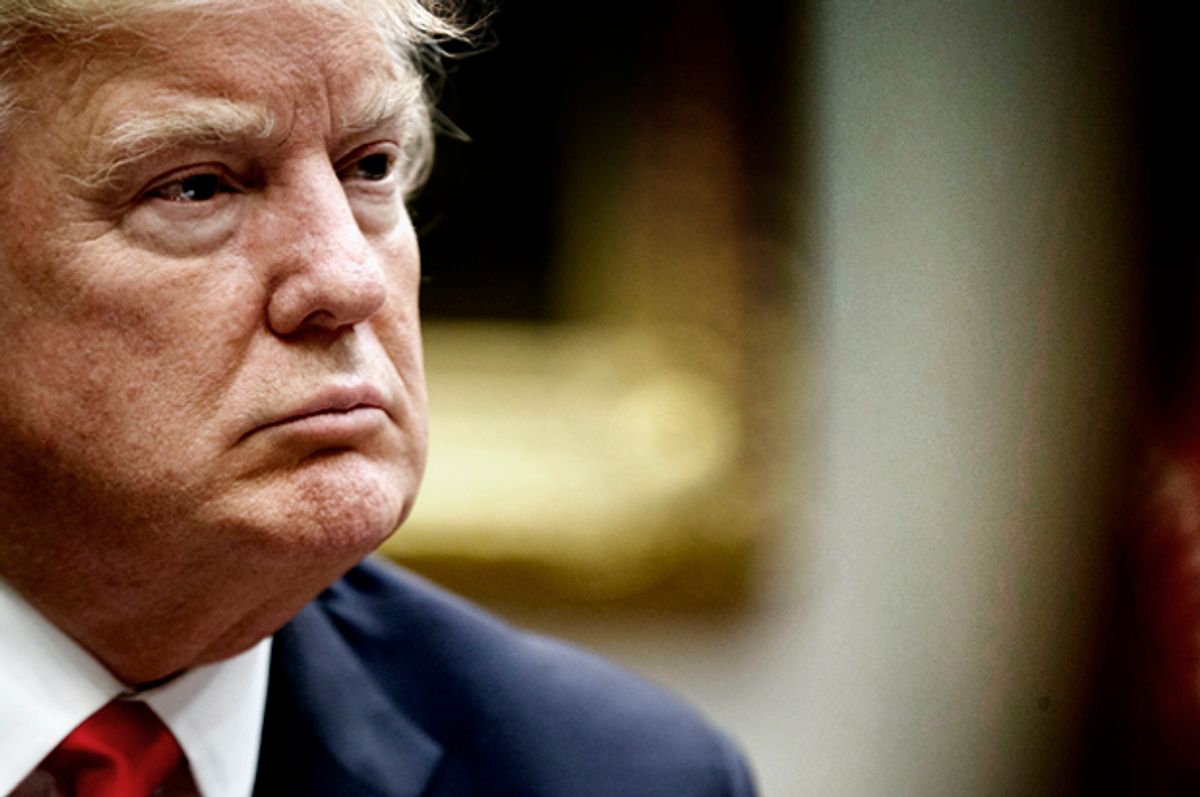 Question: What do you get when you mix together a barrel of fables, a sack of mendacity, a gross of hyperbole, a bucket of spite and a jar of venomous vituperation — all covered with a thick layer of subterfuge?

Why? That's the big question the mass media is asking about the sudden failure of Republican leaders' relentless seven-year push to demonize and kill Obamacare.

After all, with the GOP now in control of the whole national government, Republicans had bragged that they would quickly knock Obama's trademark reform out of the park. And their star slugger was on deck — Donald Trump, the self-proclaimed dealmaker extraordinaire! Flexing his biceps, the Donald assured his fawning political cronies that selling his "repeal and replace" Trumpcare plan to Congress was no different than selling $200,000 memberships at his luxury golf resorts.

So, why did the boss and his congressional minions fail to seal the deal? Most media speculation has focused on Trump's inability to see that being a real estate mogul who can act autocratically and unilaterally is, in fact, very different from being president. True, but the fundamental cause of the embarrassing public collapse of the Trumpcare plan was not about process but substance.

As a master, lifelong huckster, Trump could probably sell BS to a feedlot, but this bill, the American Health Care Act, was far more repugnant than the stinkiest load of bologna. It gutted health care coverage for millions, while also sneaking in nearly a trillion-dollar tax cut for health care corporations and wealthy Wall Street speculators.

Even some Republican lawmakers gagged on the stench. But the real story of the bill's defeat is that the American people themselves — including many working-class voters who had believed Trump was actually going to help them — got a whiff of the nasty stuff he was peddling. Alerted by grassroots groups like Our Revolution and Indivisible, a mass rebellion erupted in the home districts of Republican Congress critters who were selling out the health of America's workaday majority.

As the protests spread and dozens of GOP lawmakers washed their hands of his bill, Trump was exposed as a clueless dealmaker.

"We're going to do something that's great," the Donald trumpeted with this trademark modesty when he endorsed House Speaker Paul Ryan's bill to displace Obamacare. But Trumpcare was "great" only in the sense that it was a great, big bloated concoction of lies.

Start with the original lie that right-wing Republicans have harped on for nearly a decade: Obamacare is a total failure and the public hates it, so we'll "repeal and replace" it as soon as we get control of the national government. Sure enough, Trump happened to win, and he branded Obama's Affordable Care Act "a disaster," declaring that killing it was his top priority. Ryan chimed in with a perfect imitation of Chicken Little, squawking that the ACA is in a "death spiral."

In fact, the president and the speaker were lying. While Obamacare does have flaws that require fixing, overall it's been a tremendous success. It has reduced by almost half the number of Americans without health coverage (benefitting many white working-class people who had supported Trump). Moreover, the overwhelming majority of the millions who gained coverage from the ACA are satisfied and glad to have it.

Then as Obamacare's popularity began to rise, the Trumpsters tried another Chicken Little tale. The health law is doomed, they squawked, because it's been unprofitable for the insurance giants, so they're withdrawing from participating in the program. Bogus! In fact, the profits of Aetna, Cigna, Humana, UnitedHealth and other managed care corporations have soared under Obamacare. The biggest one, UnitedHealth, has seen the value of its shares skyrocket by a spectacular 480 percent since the ACA expansion of Medicaid.

Now we know why Trump & Co. is so hostile to truth-based news: Actual facts expose their lies and ultimately sunk its health bill.