The secret lives of works of art: What percentage of a museum’s holdings are likely to be fakes? 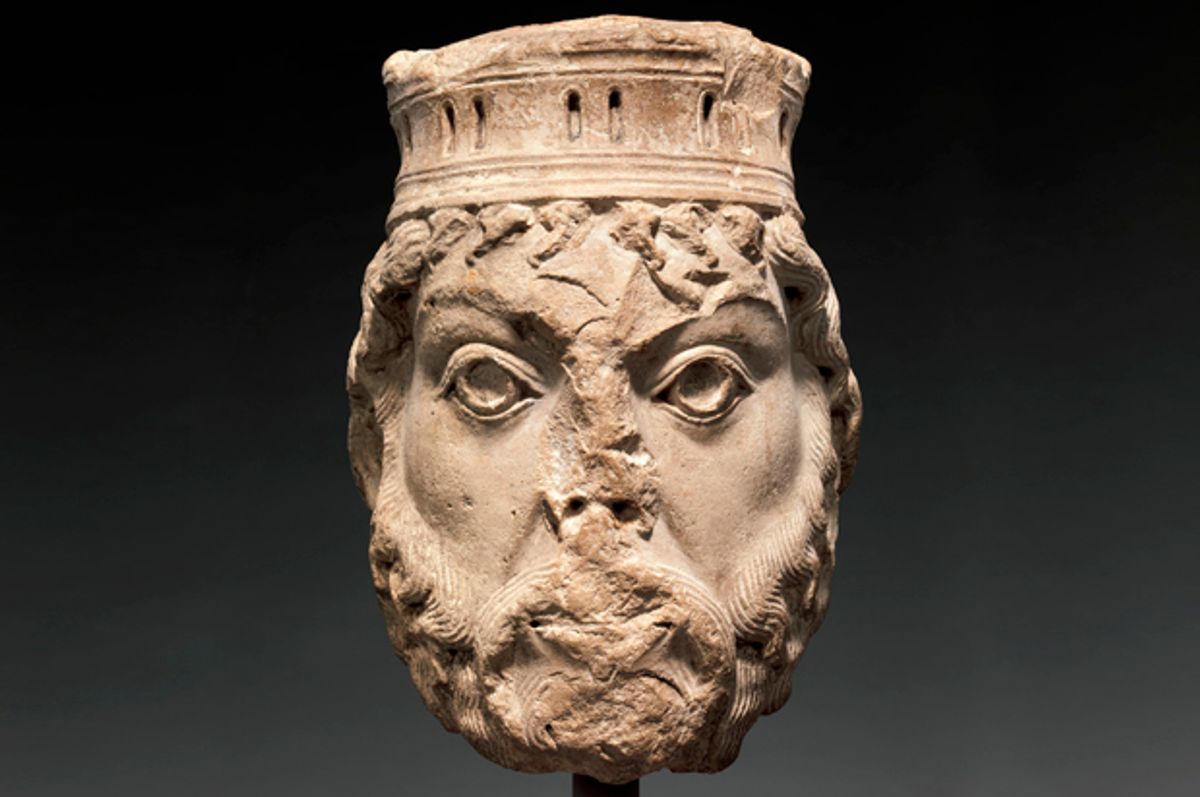 I often hear the statistic that 10 percent of the art in museums is fake. I usually respond to this by saying that 97 percent of all statistics are misleading.

A better question, but equally unanswerable in an honest and true way, is how much art in museums is not what it seems? A not-insignificant percentage of the holdings of any museum will be of uncertain, or shifting, attribution. These works are usually not displayed to the public, but held in storage, for researchers and the occasional special exhibition. The works you see on the walls are almost certainly what the museum believes them to be, which means that they are almost always whatever the top scholarship agrees they are. The number of fakes and forgeries, proactively produced with intent to defraud and acquired by museums, is minuscule. Museums, as you might think, are very good at telling the good art from the questionable, and almost never acquire forgeries.

That is why it is so noteworthy when they do.

This week, news broke of a rumbling of scandal at the Metropolitan Museum of Art. A small limestone statue head displayed there, ostensibly circa 1145 AD, depicting King David and once part of the portal of Notre Dame de Paris, may in fact be a forgery. That alone is enough to draw the interest of folks who have never visited the Met. There’s an element of schadenfreude, that wonderful, nearly untranslatable German word that means “taking delight in the misfortune of others,” to seeing a mighty, wealthy, elite institution cut down to size, shown to have had the wool pulled over its eyes. It is not the aristocracy who rejoices when the emperor wears no clothes.

But the story of the Met head is even more headliney, because this is no simple supposition that the sculpture “looks wrong.” It actually looks pretty good. But there is a backstory that has even identified a potential forger, and it involves a former Monuments Man, James Rorimer, whose fictionalized, on-screen counterpart was played by Matt Damon. Prior to the Second World War, Rorimer was the curator for medieval art at the Met.

This story came to light through the research of Robert Walsh, a retired dealer in 20th century antiques, based in New York, who bought a sculpted head that looks strikingly similar to the Met head, at an antiques shop in Greenwich Village in 2012. Walsh thought that his statue might be older, and more valuable, than the antiques shop price of just $600 seemed to indicate. So, in 2014, he had it sent for forensic testing at University of Missouri, which has a specialized archive in French limestone. The results were as Walsh had hoped: Stone from his statue head matched samples taken from a quarry in Burgundy, and was indeed old.

Walsh contacted the Met. He thought that his statue might either be a twin of theirs, or perhaps from the same workshop carving statuary for Notre Dame de Paris. But his approaches were not welcomed. “They didn’t even want to see my head,” he said. “Can you imagine?”

The coldness of the Met might have come from a concern that Walsh, as a collector and former dealer, was hoping, through his approaches, simply to increase the value of the antique he had bought. But museum experts will often assist with authentication or other such requests from collectors and dealers. The Met’s response felt, to Walsh, antagonistic. Perhaps the museum had something to hide?

Walsh began to research the Met head, and traced its acquisition back to Rorimer, who had acquired it for the museum. Its provenance was from a French dealer named Georges Demotte, who was infamous for passing off forgeries to major museums. Demotte employed an accomplished conservator/forger, Emile Boutron, who was described, in a quote in a 2014 edition of the journal Metropolitan Museum Studies in Art, Science and Technology, as someone able to “repair, amend, alter and invent anew.” In 1923 the New York-based agent who worked for Demotte was quoted in newspapers calling him “the world’s greatest faker,” who had “inundated America with false art.” He specified that Demotte had sold “at least six” fakes to the Met. This did not stop museums, including the Louvre, from buying from Demotte.

Rorimer oversaw the 1937 purchase of what the November 1930 catalog of Demotte’s New York gallery simply called a “Crowned King’s head” that had been found “in Paris in the environs of St. Germain de Pres.” According to Walsh, its initial list price, in 1930, was $35,000. The Met paid $2,500 for it in 1937, a substantial discount, it seems, acquiring it from art dealer Arnold Seligmann, who had bought it from Demotte in 1934. The precipitous drop in price alone raises some question over why it suddenly lost so much value. The likeliest explanation is that its authenticity was not universally accepted.

Walsh seems to have been on to something. With the test results of his own statue head in hand, he not only approached the Met, but also the Louvre, which had purchased a very similar head, also from Demotte’s New York Gallery, in 1934. The Louvre promptly removed its head from display.

There is a vocabulary of uncertain attribution. Only if a scholar is 99 percent certain of attribution will a work be listed as “by” a certain artist. If there is some doubt, then an artwork might be listed as “attributed to,” or “circle of,” or “style of,” and so on. Attributions shift with the discovery of new archival material or forensic discoveries, or even with learned opinions. And, however infrequently, scholars can attribute a work to a master, which was in fact made by a forger.

The Met and the Louvre could settle this stone head throwdown quickly and easily by sending their statue heads out for external (and therefore objective) forensic examination and publishing the results. If the results show that the stone is French and appropriately old, then they can be confident that their statues are originals. Since the Louvre removed its statue from display shortly after Walsh contacted the museum two years ago, it implies that it did test the head, and that the tests were not as it had hoped.

There is only moderate shame in a museum acquiring a forgery. It happens, and it should not feel like the end of the world when it does. But the art community tends to be so arch and proud that subterfuge is sometimes employed to cover up accidental acquisitions of inappropriate objects (see the many scandals of the Getty, for some of the most prominent examples).

When I taught a course on art crime at Yale, we took students to the storage rooms of the Yale Art Gallery, where we were able to examine forgeries of early American paintings that had been acquired as originals. When their fraudulence was identified, they were removed from public display, but kept for didactic purposes. This, one imagines, is what the Louvre did with its “Crowned King.” The Met, on the other hand, has refused to acknowledge, at least publicly, the possibility. The story gets even weirder, as the aforementioned 2014 Metropolitan Museum journal article is about conservation of medieval sculpture, and mentions Rorimer, Demotte and Boutron, and even some medieval polychrome wood sculptures in U.S. collections found to have been forged. It’s an odd coincidence that it should come out the same year that Walsh was making his inquiries, as Walsh suspects that Boutron may have been the hand behind the Met and Louvre Crowned King heads. He’s hoping that his own version, since the forensics look right, was the original from which Boutron drew — or rather carved — his inspiration.