America's loss is China's gain: Trump’s stance on climate change is a gift to the Chinese 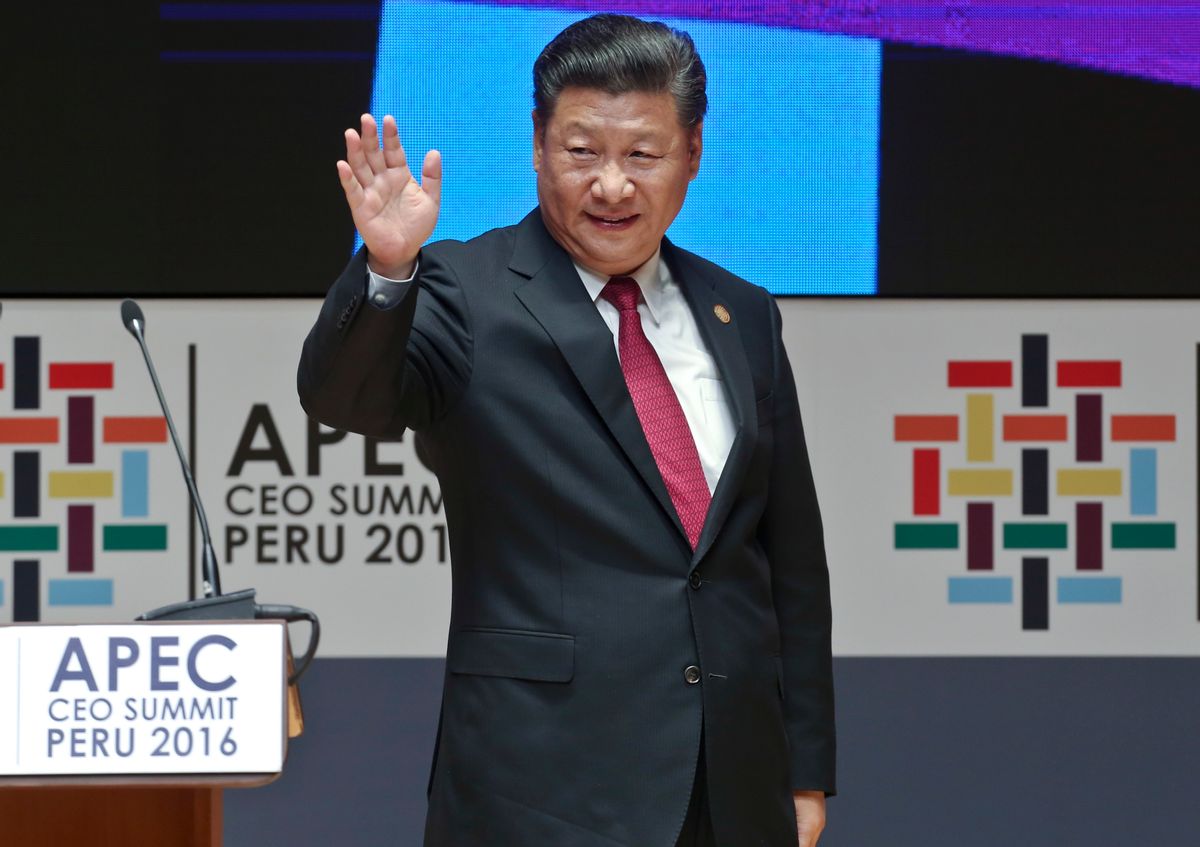 In January at the World Economic Forum in Davos, Chinese President Xi Jinping gave a speech in which he framed both himself and his country as the answer to Trumpism — as proponents of globalization and as proponents of climate action.

“All signatories should stick to it instead of walking away from it, as this is a responsibility we must assume for future generations,” Xi said of the Paris Agreement, without explicitly mentioning Trump’s assertion that the US may withdraw from it. “We should join hands and rise to the challenge,” he told the elites gathered at the conference. “Let us boost confidence, take actions and work together for a bright future.”

China’s bid to become the world’s climate leader is more than just a noble enterprise. Of course, staving off the worst impacts of climate change will spare Chinese lives, and limiting sea level rise will help to protect Chinese cities and the agricultural regions on which the country’s enormous population depends. But there are also reasons for China to green its economy that aren’t explicitly tied to climate: China is tired of the smoggy cities, and the attendant health issues, that come with coal-fired power plants. Furthermore, renewable energy represents a growth area for the country’s economy, which could be facing stagnation. In fact, worldwide, the Paris Agreement is expected to generate $19 trillion in wealth — and China hopes to capitalize on the opportunity.

The United States and China were once the world’s key allies in the fight against climate change. In November 2014, President Barack Obama traveled to Beijing and met with Chinese President Xi Jinping. Few knew it at the time, but their meeting would produce an agreement that paved the way for the Paris negotiations.

In that November 2014 announcement, Obama said the United States would commit to cutting emissions immediately — by up to 28 percent by 2025 — while Xi promised to put in place policies that would lead to China’s emissions peaking by 2030. The deal was denounced by conservatives in the United States as a giveaway to China, but the notoriously coal-loving country exceeded its promise and expectations by quickly ramping up renewables. Obama, meanwhile, put in place the Clean Power Plan and other regulations aimed at cutting America's CO2 emissions.

The United States and China had thrown up some the biggest stumbling blocks during past U.N.-orchestrated efforts to put a climate deal in place. The fact that they were now openly acknowledging, through joint, public pronouncements, that climate change must be confronted and that both countries would put in place policies that did so, was a turning point in the two-decade-long effort to cement a global deal.

The following December, a year and a month after Obama and Xi’s announcement, the Paris Agreement was finalized.

Since signing the agreement, China has continued to encourage growth in renewables. By 2020, the country hopes to get 15 percent of its energy from non-fossil fuel sources, a push that the government will fund with a $361 billion investment in renewables and nuclear energy that will create 13 million jobs for Chinese citizens. That would put China on track to meet its commitment under the Paris Agreement to get 20 percent of its energy from renewable sources by 2030. Meanwhile, the country, which was at one time bringing two new coal power plants online every week, has seen its coal consumption fall three years in a row and is canceling construction on coal plants, anticipating there won’t be much use for them.

The United States, on the other hand, has moved in the other direction. This week, Donald Trump started the process of undoing Obama’s climate change programs, and hasn’t made up his mind yet about whether to exit the Paris Agreement or simply ignore it. Surrounded by coal miners at yesterday’s executive order signing, Trump triumphantly announced that rolling back Obama’s Clean Power Plan would revive the US’ failing coal industry, though in practice his policies, which may be good for coal CEOs, are unlikely to create many jobs due to automation and other technological advances.

China, meanwhile, is looking for another country to replace the US as its partner in global climate efforts. The EU might be able to step into the role. Beijing has asked Brussels to schedule the annual China-EU summit for earlier this year than usual, with climate change as one of the items on the agenda.

Perhaps the greatest irony in this whole saga is Donald Trump’s go-to reason for dismissing climate change: That it is a hoax perpetrated to aid the Chinese.

Climate change is not a hoax perpetrated to aid the Chinese. Ironically, President Trump’s failure to address it makes way for China to thrive, both economically and diplomatically.

But there is another hoax at play here: The claim, repeated just recently by Trump EPA Administrator Scott Pruitt, that there is still debate among climate scientists about whether global warming is caused by humans. That hoax was foisted on the American people by polluting companies and the think tanks they fund, repeated again and again by faux experts who specialize in sowing doubt.

One such expert is Trump’s transition team head, Myron Ebell of the Competitive Enterprise Institute. He spent years casting doubt on climate change — and before that, worked for tobacco companies to cast doubt on the dangers of smoking. Ebell was most recently found at an annual conference put together by the Heartland Institute, a conservative think tank, where he was among those fretting that Trump’s climate change-denying EPA head and oil company CEO secretary of state were, in fact, too pro-environment to fully prevent climate action. “Secretary Rex Tillerson may be from Texas and he may have been the CEO of Exxon, but he is part of the swamp,” Ebell said.

The oil industry, which once funded this sort of propaganda, has created a monster it is powerless to stop. Many companies, including Exxon, which played a prominent role in obfuscating climate science, want the president to stay in the Paris Agreement, which will, in the short term, incentivize countries to turn away from coal electricity and potentially embrace natural gas, a product in which the oil industry is already heavily invested and is more than happy to sell. The president, however, remains skeptical of the agreement and of climate science, as his advisers battle among themselves — the plutocrats versus the nationalists — to determine whether the administration will keep America in the climate change agreement or bail.

That Trump has bought into polluters’ hoax so thoroughly is America’s, and the world’s, loss — but in the short term, it’s China’s gain.