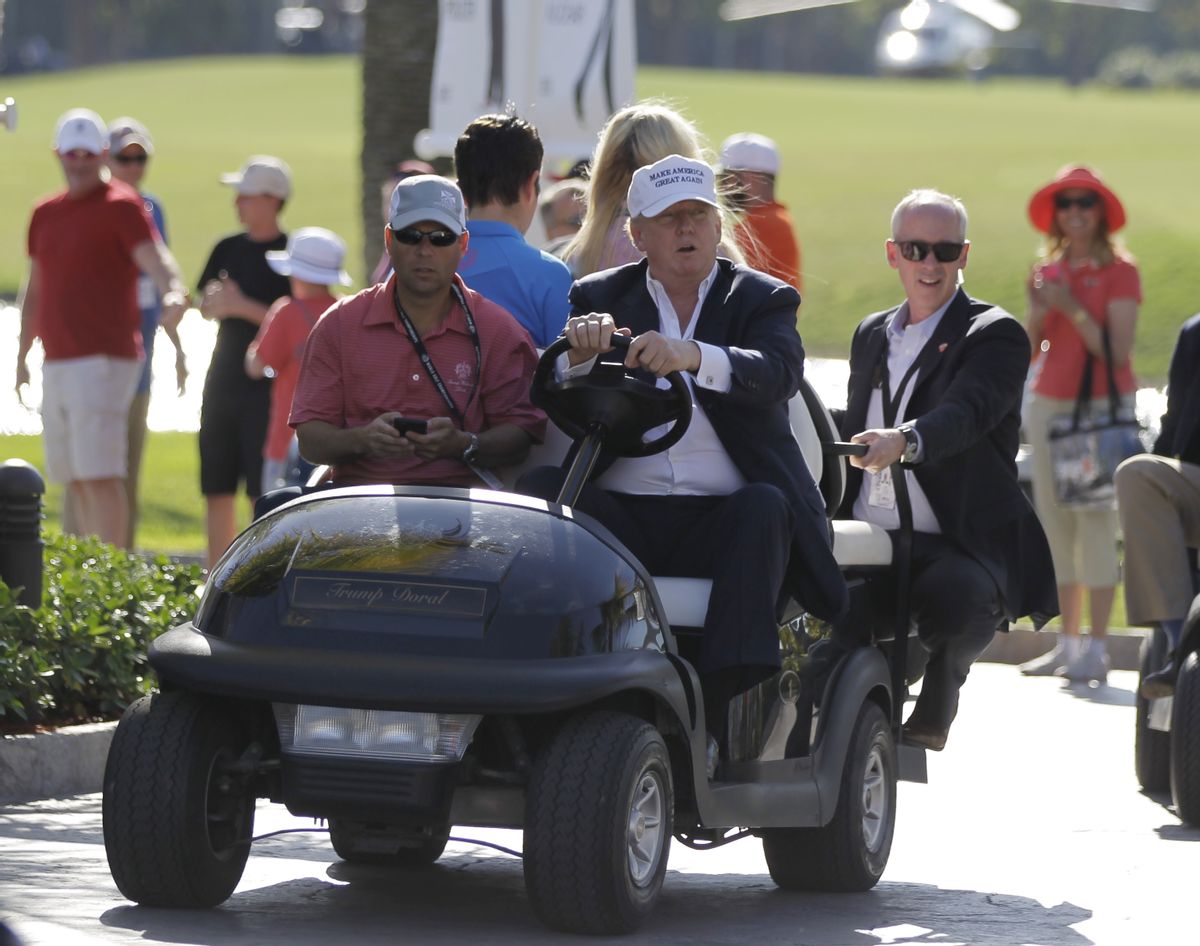 President Donald Trump has sent his son-in-law Jared Kushner into Iraq, even as the president himself mingles on the golf course and vents on Twitter.

Kushner's government portfolio, which already spans from foreign policy to assembling a so-called business "SWAT team," has now extended to joining Gen. Joseph F. Dunford Jr., chairman of the Joint Chiefs of Staff, as well as homeland security adviser Tom Bossert on a trip to Iraq, according to Reuters. Dunford claims he invited Kushner and Bossert so that they could receive "first-hand and unfilitered" feedback from on-the-ground advisers, telling Reuters that "the more appreciation you could have for what's actually happening on the ground, the more informed you are when you start talking about the strategic issues."

Yet even as Kushner travels to one of the most dangerous regions in the world, his presidential father-in-law spent the weekend engaged in two of his favorite (and arguably least presidential) pastimes — golfing and tweeting.

The golfing occurred, characteristically, at one of Trump's own properties, namely the Trump National Golf Club outside Washington DC. His partner was Sen. Rand Paul, R-Ky., who was one of the staunchest rightward opponents of Trump's proposed repeal-and-replace health care bill. Trump was also joined by Office of Management and Budget Director Mick Mulvaney, which suggests that this was a distinct case of mixing business with pleasure.

Less business-like, though, was Trump taking to Twitter to cite a right-wing media story as proof of his yet-unproved claim to have been wiretapped.

President Trump has also tried to distract attention from his administration's alleged involvement with Russia by drawing attention to an unsubstantiated claim about former Clinton campaign manager John Podesta, as well as citing one of the hacked emails that wouldn't have come to light in the first place if not for Russia's alleged meddling.