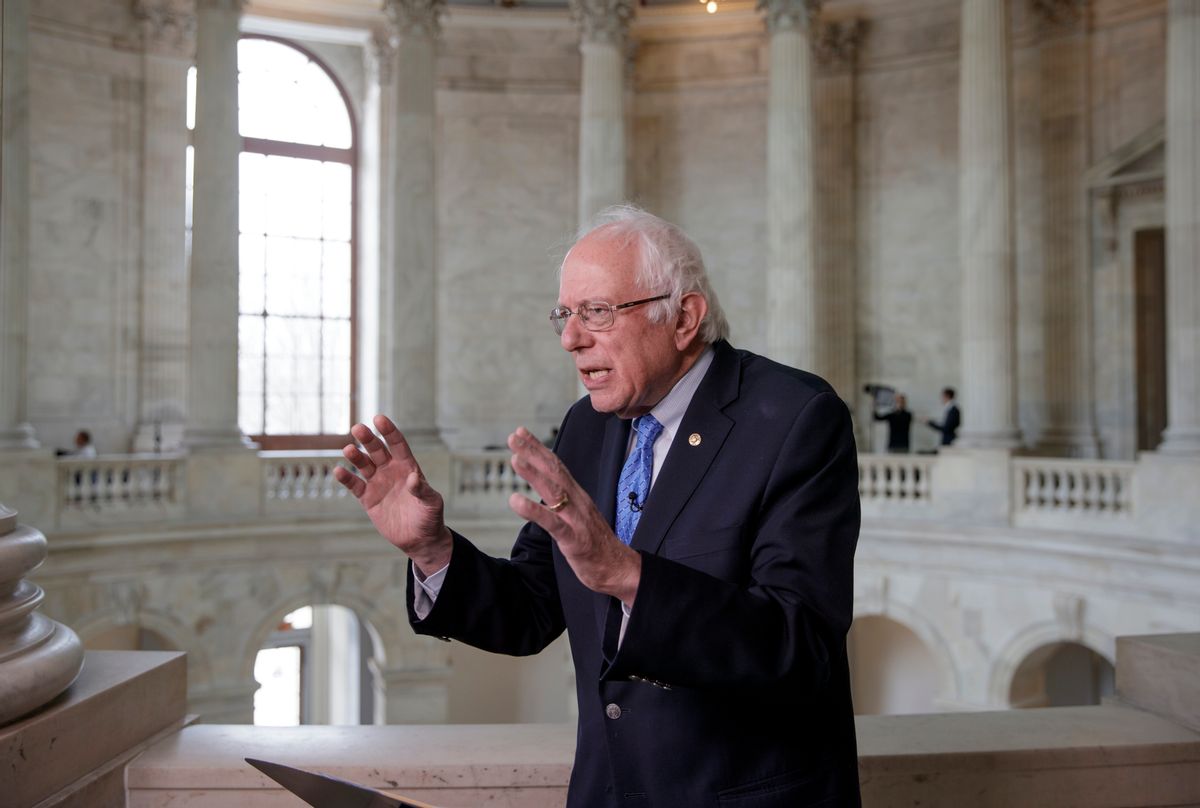 While the establishment press focuses its time on Donald Trump's tweets, and the ongoing alleged Russia scandal, Sen. Bernie Sanders, I-Vt., is quietly growing his base and addressing the issues people are passionate about — by creating his own Facebook Live show called "The Bernie Sanders Show."

"It gives me an opportunity to speak directly to many millions of people about the work that we're doing about the issues that we consider to be important," Sanders told NBC News.

Sanders "is viral gold," according to the senator's media producer, Armand Aviram, who says the statesman in his 70s has been able to capture the attention of millennials like no other politician. According to NBC News, the senator from Vermont has amassed 4.7 million followers on Twitter, and more than 7 million likes on Facebook. To add some context, he has more than twice the following of his closest competitors — Sens. Elizabeth Warren and Cory Booker.

Sanders also doesn't spend money on advertising or promoted content. This follows the model set by his presidential campaign that refused to create a super PAC. His small media production is hosted right from his Senate office. Despite this, Sanders' show has met with plenty of success. Discussing issues like Medicare for all, renewable energy, the increasing wealth gap and prescription drug price reform, Sanders has found topics that people love to hear about.

Bill Nye of "Science Guy" fame, appeared as a guest on Saunders' show to discuss climate change with the senator and the episode tallied over 4.6 million views and 25,000 shares. Other guests on Saunders' show have included filmmaker Josh Fox, best known for his documentaries "Gasland" and "Gasland Part II," and the Rev. William Barber, leader of the Moral Mondays movement.

Despite an initial reluctance to hone in on the video medium, Sanders understands that it is the best way for him to directly engage with his followers.

"What my young people tell me — and nobody over 12 really understands this — is video is increasingly important," he told NBC News. "And I'm not particularly happy about that. I kind of think it's OK for people to actually read for five minutes. But I'm told less and less that that's the case and that people increasingly want to see video. So we'll do video."

Sanders is no stranger to publishing his own content and listening to his constituents. As mayor of Burlington, Vermont, he hosted his own cable-access show, as well as a radio show in the 2000s as a member of Congress.

"'Bernie has come out of the campaign as a real powerhouse, unlike before when nobody knew who he was," said Bill Press, a friend and liberal talk radio host.

Press said he's not worried about competition — "the more progressive voices the better" — but [Sanders'] reach on Facebook is greater than that of major outlets.

His Facebook page has generated 164 million video views since the beginning of year. And even a 40-second cell phone video of Sanders talking next to a ficus plant can rack up 14 million views."