Maxine Waters, April Ryan are not alone: "Misogynoir" is an everyday experience for black women 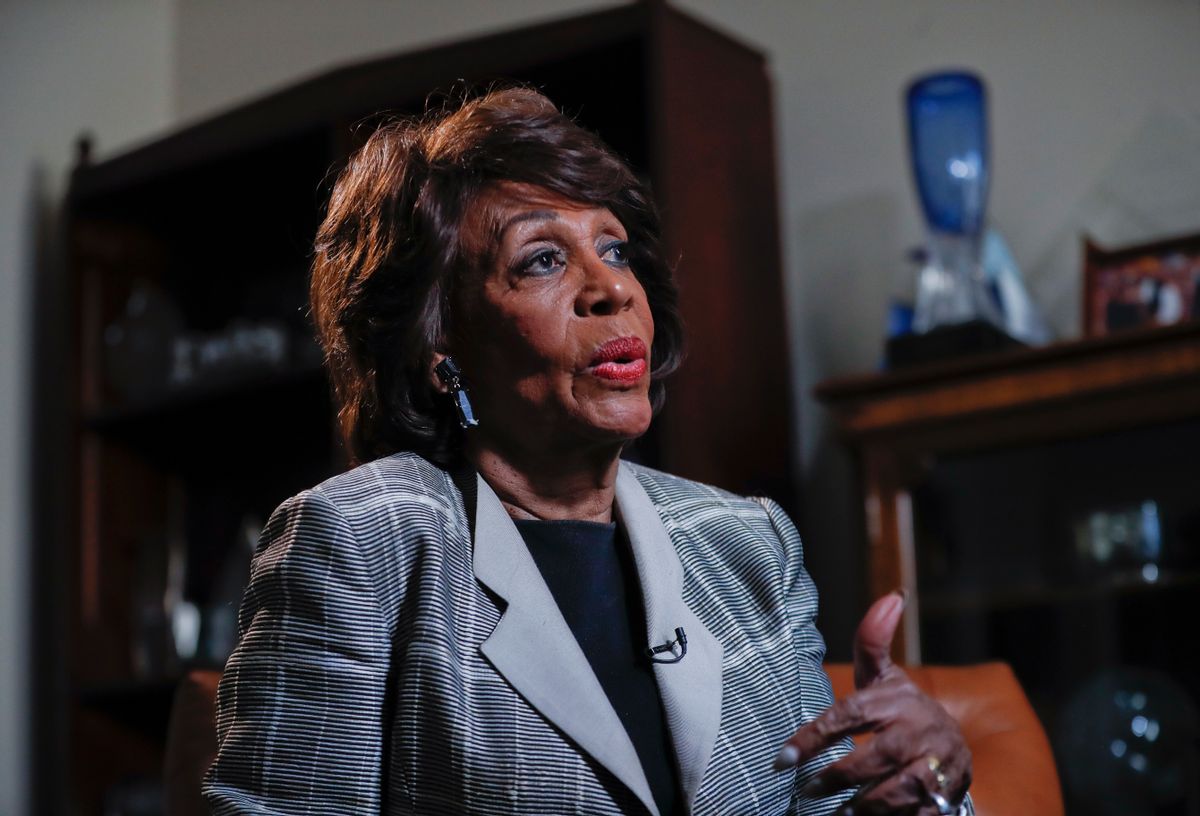 There was nothing atypical or unusual about the displays of arrogance, condescension and disrespect from Bill O’Reilly and Sean Spicer on Tuesday toward two well-established, highly visible black women. This was definitely not the first time Congresswoman Maxine Waters or reporter April Ryan has confronted such attitudes. African-American women experience misogynoir — a racialized form of misogyny directed at black women — with regularity in their work lives, regardless of their level of success or demonstrated capability.

What was unique about the incidents is that they were documented on broadcast footage, elevating the issue and offering a chance for commentary.

And the response came quickly. CNN’s Angela Rye took to social media to address Bill O’Reilly, who mocked footage of Congresswoman Maxine Waters as she spoke, and then took a racist shot at her appearance, saying he had been distracted by her “James Brown wig.” The comment wasn’t out of character for O’Reilly, a man who has previously been accused of sexual harassment multiple times — including as recently as last year — as well as domestic violence, reportedly “choking” his ex-wife and “drag[ing] her down some stairs" in front of their children. Those remarks not only reflect his honest feelings, but they’ve also helped him build a huge fanbase at Fox News. The comment got a big laugh from the hosts of "Fox & Friends" (did I mention the network is being sued for racial harassment by two black women?), but fared less well among people who don’t find racism and misogyny funny.

Hillary Clinton, speaking at the Professional Women's Conference in Los Angeles on Tuesday, addressed the O’Reilly comment as well as remarks Sean Spicer made to reporter April Ryan during a media briefing on Tuesday. During an exchange, the White House Press Secretary instructed Ryan, a veteran reporter, to “stop shaking [her] head” and repeatedly interrupted her as she attempted to ask a question. (Ryan is the same reporter Donald Trump recently treated like "the help," asking her to set up a meeting for him.) The remark comes just a few days after Spicer labeled another female reporter, Politico’s Tara Palmeri, “an idiot with no real sources.”

"Just look at all that has happened in the last few days to women who were simply doing their jobs," Clinton told the audience. "April Ryan, a respected journalist with unrivaled integrity, was doing her job just this afternoon in the White House press room, when she was patronized and cut off trying to ask a question. One of your own California congresswomen, Maxine Waters, was taunted with a racist joke about her hair. Too many women, especially women of color, have had a lifetime of practice taking precisely these kinds of indignities in stride.”

The responses from white male Republicans were predictable. Former GOP Congressman Jack Kingston, who has been making a mint as a Trump-defending talking head in his second career, compared the racialized attack on Waters to jokes about Donald Trump’s off-color tan. “What I don’t like is the left always runs and clutches, ‘Oh, I’m a woman, don’t say anything bad about me’ or ‘I belong to a certain race,'” Kingston said Tuesday night on CNN, cynically pretending not to understand how centuries-old racism works. “It seems it is always that card that is played. It is okay to call the president of the United States ‘orange’ and ‘red head,’ and all kinds of derogatory things, and make fun of his wife right and left.”

Similarly, conservative Ben Ferguson defended Spicer, essentially labeling Ryan an angry black woman who, after covering the executive office for two decades, should be happy Spicer sorta does what taxpayers pay him for.

“Her viewpoint has been, since January the 20th, very antagonistic, and not covering this White House in a decent way,” Ferguson said. “You should be glad that you have a White House that is willing to have a back and forth with people that disagree with them.”

Maxine Waters, who has become a national treasure for her outspoken opposition to Donald Trump and everything he stands for, also had a few words for O'Reilly and women all over the country.

"I'm a strong black woman, and I cannot be intimidated," Waters said to MSNBC host Chris Hayes. "I cannot be undermined. I cannot be thought to be afraid of Bill O’Reilly or anybody. And I’d like to say to women out there everywhere: Don’t allow these right-wing talking heads, these dishonorable people, to intimidate you or scare you. Be who you are. Do what you do. And let us get on with discussing the real issues of this country.”

Familiar with the workplace indignities endured by Waters and Ryan, African-American women on Twitter told stories of the kinds of ridiculous insults and slights they face daily in their own workplaces. Using the #BlackWomenAtWork hashtag launched by activist Brittany Packnett, the stories poured in from black women who have repeatedly been underestimated, labeled “difficult” and generally negatively stereotyped, again and again.

“I’m surrounded every day by brilliant, confident, incredible, black professional women who get demeaned despite their prowess. Today, I was over it,” Packnett said in an interview with the Huffington Post. “I have a deep abiding respect for Congresswoman Waters and Ms. Ryan who are both trailblazers in their fields. They are to be respected, just like every other black woman who rises each day to contribute to this society in ways that are all too often taken for granted.”