More than half of Americans want Trump's connection to Russia to be investigated: Poll

Trump may be downplaying the Russia scandal, but a majority of Americans want answers 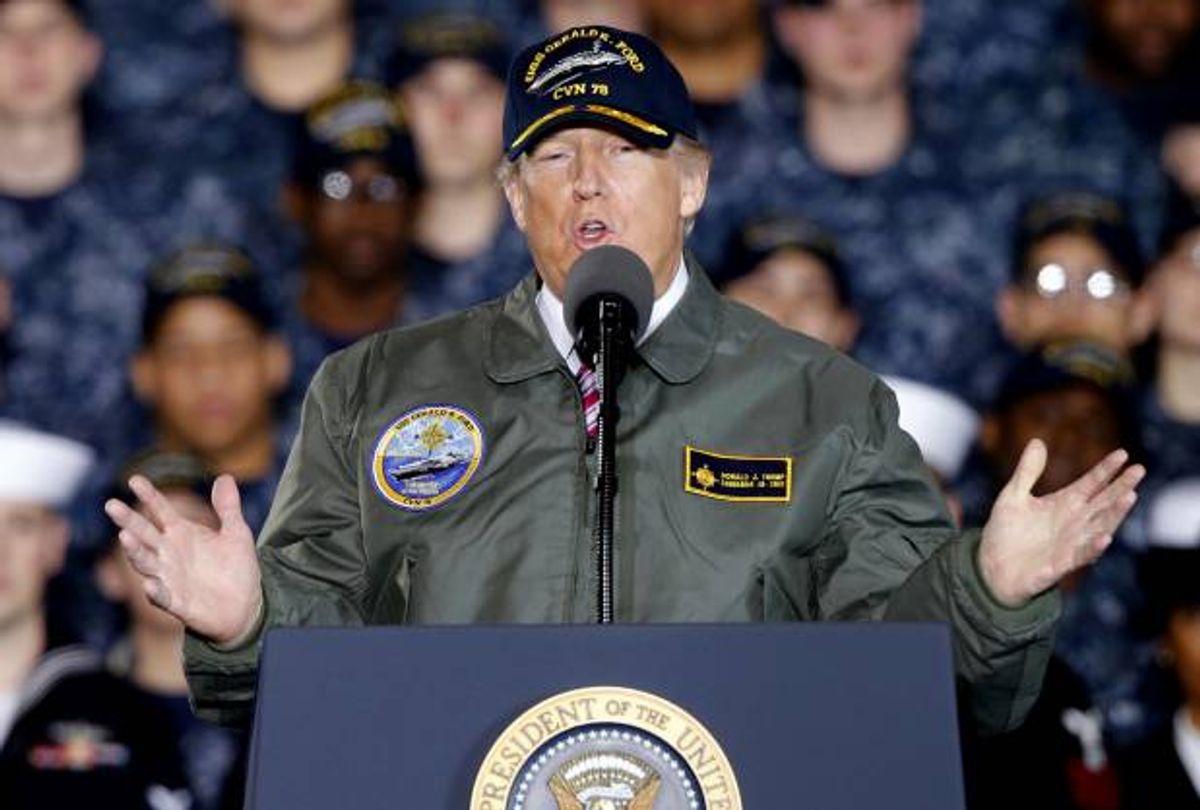 President Donald Trump may not think that people should care about his numerous connections to Russia, but a new poll suggests that the American people disagree with him.

Fifty-two percent of Americans want there to be a probe of the Trump-Russia scandal, according to a poll by The Associated Press-NORC Center for Public Affairs Research. Those numbers include three out of four Democrats and one out of four Republicans surveyed.

Similarly, 44 percent of respondents said they were very concerned or extremely concerned about the possibility that Trump or his campaign had inappropriate contacts with the Russian government, compared to only 36 percent who were either not very concerned or not concerned at all. While 38 percent of respondents opposed an investigation into Trump's assertion that he was wiretapped by President Barack Obama, only 35 percent would support such an investigation, which Axios noted "breaks down along partisan lines."

These findings reinforce the results of a CBS News Poll from late last month. It found that 63 percent of respondents believed it was necessary for the FBI to investigate possible links between Trump's campaign and the Russian government (only 33 percent felt it was not necessary) and 59 percent felt it was either very likely or somewhat likely that associates of Trump's campaign had inappropriate contact with Russian agents during the election (only 37 percent felt it was not very likely or not at all likely). While half either felt Russia had not interfered in the 2016 presidential election (37 percent) or were unsure or didn't answer (13 percent), 40 percent believed Russia meddled in order to help elect Trump and 10 percent believed Russia meddled without the specific goal of helping Trump.

On the other hand, the CBS News Poll found that 50 percent of respondents thought it not very likely or not at all likely that Trump was under government surveillance during the 2016 presidential election, while 47 percent said it was very likely or somewhat likely.