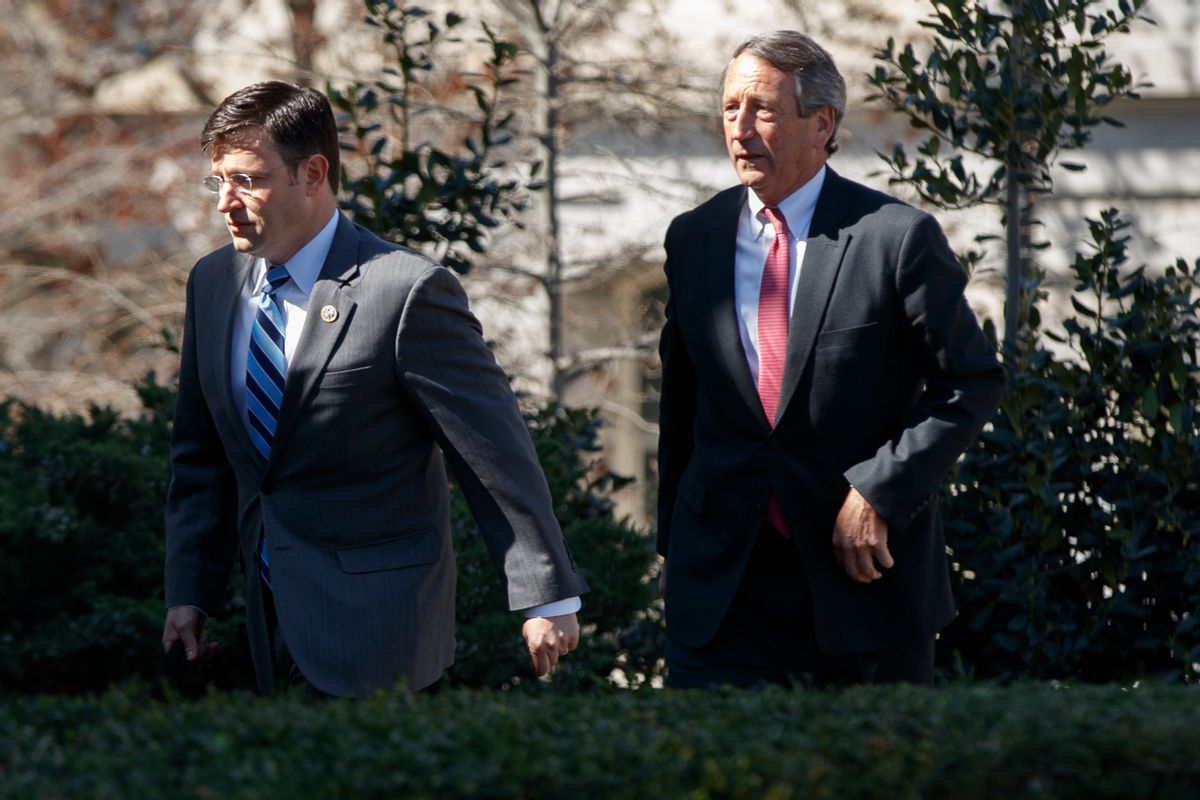 Since the collapse of the American Health Care Act in the House of Representatives, Republicans have been in a bit of disarray, as it’s become evident that the hard-edged opinions of the very conservative Freedom Caucus will likely prevent President Donald Trump from realizing his to-do list without working with Democrats.

Thus far, the GOP leadership and the administration are trying a carrot and stick approach to resolving their differences.

Trump is “bringing auto plants & jobs back to Michigan,” Scavino tweeted. “@justinamash is a big liability.#TrumpTrain, defeat him in primary.”

Those comments may potentially land Scavino in legal trouble since federal employees are not supposed to use government resources for partisan purposes, under current law.

On the Thursday prior, the president lashed out at group of House Republicans saying, “the Freedom Caucus will hurt the entire Republican agenda if they don't get on the team, & fast," Trump tweeted on Thursday. "We must fight them, & Dems, in 2018!"

At the same time, Vice President Mike Pence is trying to flatter his former House colleagues into working with the administration to come up with some form of compromise. Even Trump, while he is still threatening to work with Democrats, is still trying to reach an accord with holdout Republicans. On Sunday he went golfing with Sen. Rand Paul of Kentucky, one of the biggest critics of the AHCA.

The holdout conservatives have scaled back some of their demands.

In an interview with the conservative Washington Examiner, the chairman of the House Freedom Caucus, Mark Meadows, said his group is seeking a new GOP health care bill that would remove the “essential health benefits,” services like maternity care and mental health treatment that the current law requires insurers to cover in their plans. It is also seeking to remove restrictions that prohibit insurers from charging customers more based upon their health status.

"We have come from six requests down to two," Meadows was quoted in the Examiner as saying.

Those two requests are likely to be difficult for the rest of the GOP to accept as they are among some of the most popular aspects of the current governing law, the Affordable Healthcare Act. Freedom Caucus members say that removing these regulations would allow for the sale of lower-cost health care plans but the group's critics say that these rules are critical to providing higher quality health care.