The State Department isn't dealing with China. Jared Kushner is 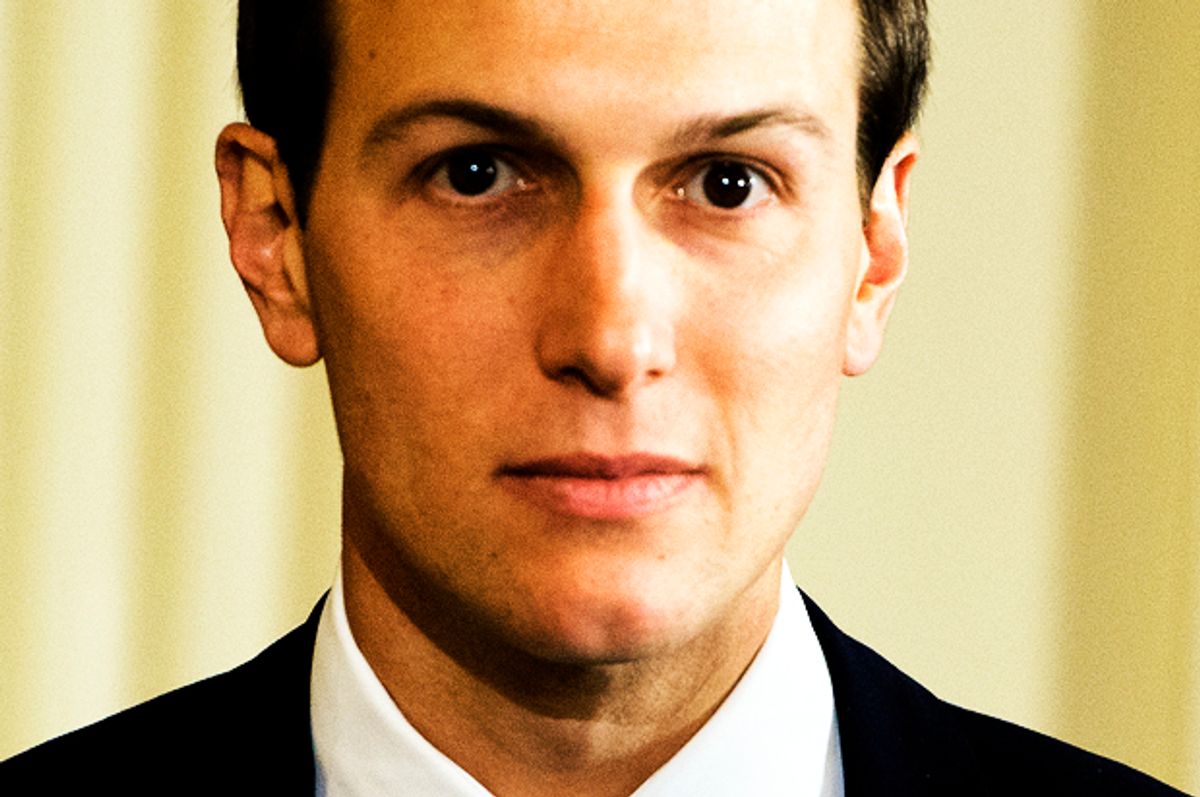 Although it emerged as recently as last month that President Donald Trump had granted considerable foreign policy power to his son-in-law and adviser, Jared Kushner, it now appears that the former real estate tycoon has emerged as China's point man when it comes to wheeling and dealing with the president.

The relationship began when Chinese ambassador Cui Tiankai started cultivating a relationship with Kushner in early February, according to The New York Times. At that time Kushner and Cui arranged for a phone call between President Trump and Chinese President Xi Jinping to discuss America's commitment to the "One China" policy, among other topics. Since then Cui has also invited Kushner and his family to a Lunar New Year reception at the Chinese embassy, given him proposals to relay to Secretary of State Rex Tillerson and worked with Kushner to arrange the meeting between Trump and Xi at Mar-a-Lago later this week.

Kushner's clout has reached the point where, during a March meeting in the Situation Room, Gen. Joseph F. Dunford Jr. ,  chairman of the Joints Chiefs of Staff, almost had to sit away from the table until Kushner voluntarily gave up his seat.

This isn't to say that everyone in the White House has necessarily appreciated Kushner's occasional gestures of magnanimity. Many White House staffers have grown to resent Kushner's growing influence, even passing around an article from The Onion that took shots at him for seemingly being in over his head, according to a report by Politico. Currently Kushner's White House portfolio has been incredibly diverse: It includes leading a "SWAT team" of business leaders to find creative new approaches to governing, trying to resolve the Israeli-Palestinian crisis and serving as a point of contact for a number of foreign governments and officials during the Trump administration's transition period. He has in general served as an all-purpose adviser to his father-in-law.

One possible snag for Kushner, though, is that when Trump and Xi are left alone at Mar-a-Lago later this week, Trump will be left to his own devices for working out deals — and they may not be effective. While playing golf with Sen. Rand Paul may yield results in passing a new version of Trumpcare, it won't work for Xi, who refuses to play golf as part of an anti-corruption move. (He doesn't allow any Communist Party officials to do so.) There are also concerns that Trump's policy demands regarding North Korea and trade could have unforeseen consequences for bilateral relations.