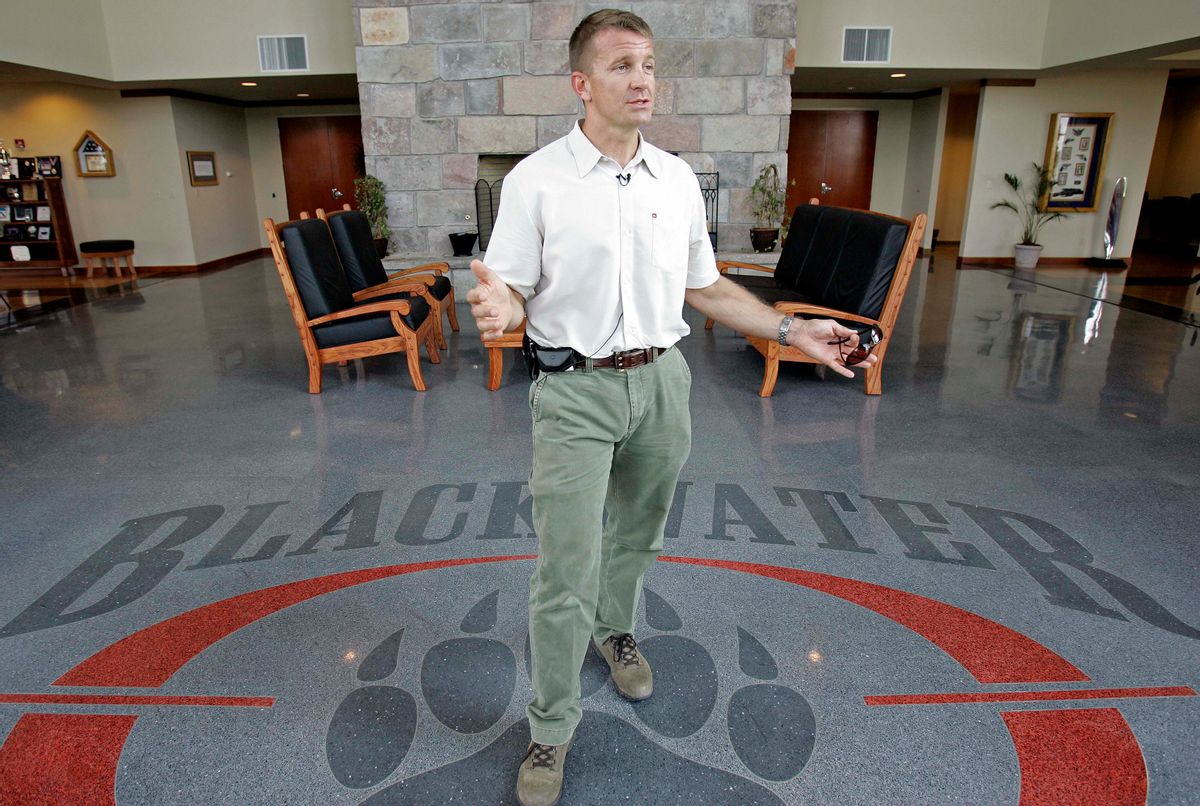 Two more individuals connected to Donald Trump have been revealed to have connections to Russia.

Erik Prince, the brother of Education Secretary Betsy DeVos and founder of the private security firm Blackwater (whose project manager once threatened to kill a government investigator), is reported to have attended a secret meeting in January with a Russian close to Vladimir Putin.

The meeting took place in the Seychelles islands and was set up by the United Arab Emirates as a back-channel line of communication between the incoming Trump administration and the Russian government, according to a report by The Washington Post. It is believed that at least one goal of the meeting — which took place nine days before Trump's inauguration — was to discuss Russia's relationship with Iran, including in the ongoing Syrian war.

While Prince did not work for either Trump's campaign or transition team, the officials leaking the story say that Prince claimed he was acting unofficially on Trump's behalf to the Emiratis who set up the meeting. Prince had contributed $250,000 to Trump's campaign, the Republican Party, and a pro-Trump super PAC after the Republican convention.

It also came out on Monday that Carter Page, a former foreign policy adviser for the Trump campaign, met with an unregistered Russian foreign agent named Victor Podobnyy in New York City in 2013. Podobnyy was later charged not only for being an unregistered foreign agent, but for participating in a spy ring that attempted to seek information about sanctions imposed on Russia after its invasion of Ukraine in 2014 (it also wanted to find out about America's attempts to develop alternative energy, which is relevant due to Page's background as an energy consultant). The transcript of a recorded conversation between Podobnyy and Igor Sporyshev, another member of the spy ring, discussed efforts to recruit someone called "Male-1" — whom BuzzFeed News discovered was Page.