Donald Trump's era of disorder: Trump is making Washington work for him 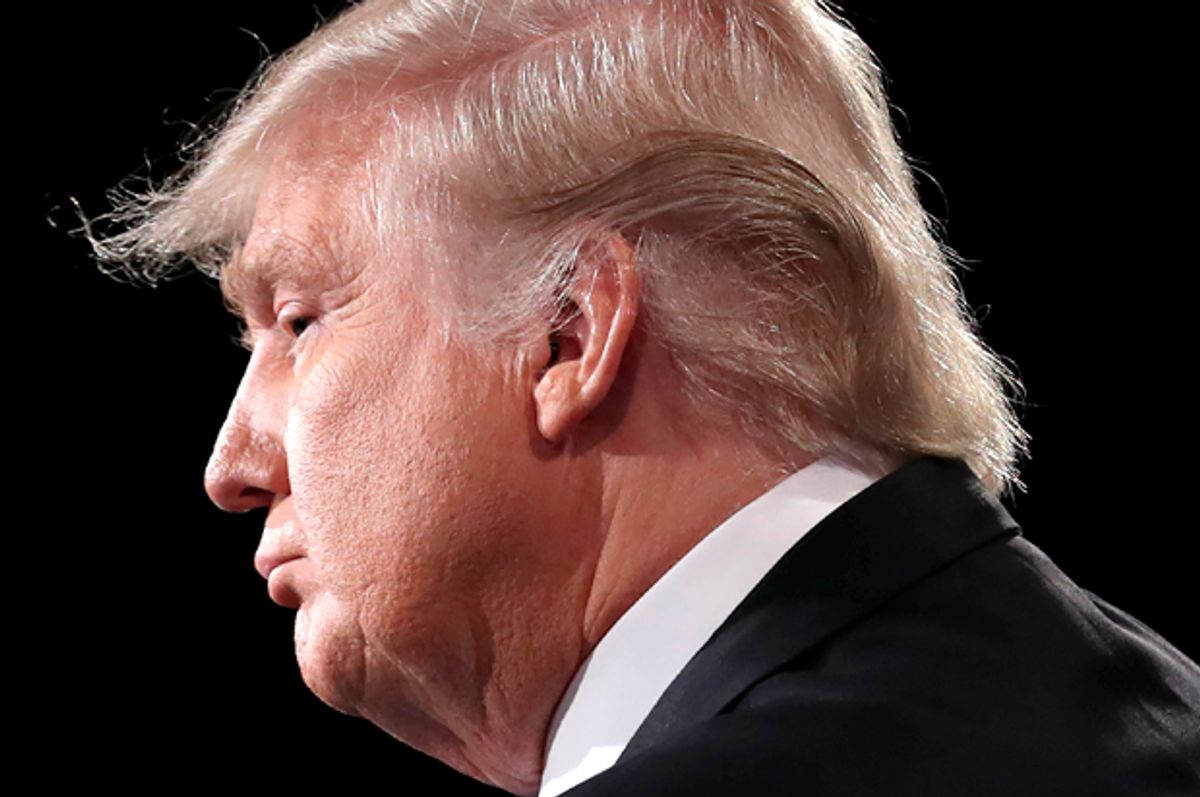 Washington is in turmoil. I was here in the final months of Richard Nixon’s presidency until Watergate brought him down. But what is happening now appears to be just as serious.

Simply stated, then as now, a president of the United States is challenging the safeguards in the U.S. Constitution that are designed to prevent the abuse of public office.

The wonderful music of Johann Sebastian Bach has been said to provide us “with a sense of order in a world of disorder.” Trump’s White House is doing the exact opposite.

Never before in my 43 years in Washington have White House conflicts-of-interest and corruption been so brazen. In normal times, each individual case would be the subject of intense publicity and Congressional hearings. Now, there are so many scandals that nobody can keep track.

The biggest scandal of them is dwarfing others that in normal times would be major news. The overarching question today is: how engaged was the Kremlin in the 2016 elections and to what degree, if any, was there collusion between Trump campaign officials and the Russians?

Before we get there, consider a few other shenanigans. For example, U.S. law says that no elected official can hold office and have a private business interest on U.S. government property.

Then, there is a clause in the U.S. Constitution that forbids public officials from accepting “emoluments and gifts” from foreign governments.

The Trump businesses are engaged with many foreign governments right now, which can be seen as placing the President in explicit violation of the U.S. Constitution.

Never before has a sitting President charged his immediate predecessor with criminal activity, but Trump has done this.

He has provided no evidence for his allegation that president Obama ordered the wire-tapping of Trump Tower and the heads of the Justice Department and the FBI say they have found no supporting evidence.

Several other issues to tackle

In normal times such a charge would have triggered major Congressional investigations. Today, Congress has just too many other issues before it.

For example, there are calls for investigations by Democratic Party members of Congress into the business ties of Healthand Human Services Secretary Tom Price who allegedly failed to disclose profitable stock transactions while he held public office.

Then, Environmental Protection Agency Administrator Scott Pruitt, who is currently dismantling many of he agency’s regulations, has long been seen to be close to the energy industry.

Now, he faces losing his law license as the Oklahoma Bar Association has announced it has just launched an investigation into whether he misled a U.S. Senate committee about his use of a private email during his tenure as Oklahoma’s attorney general.

You’ll recall that misuse of private e-mails was a major charge brought by the Trump team against Hilary Clinton.

Just adding to the list are the mounting fortunes of billionaire investor Carl Icahn. The New York Times reported that Icahn is using his White House position as special advisor on business regulation to push for regulatory changes that directly benefit an energy company in which he has a major stake.

The Times suggested that the share price of this company has increased by hundreds of millions of dollars as a result of Icahn’s actions.

Oh, and while keeping all of their private business interests, Trump’s daughter Ivanka and her husband, Jared Kushner, have now been appointed special advisors to the President with each having a White House office.

They are involved in a host of different confidential government discussions, yet Ivanka is still promoting her luxury apparel products, while the Kushner family are in real estate deals with major foreign and domestic investors.

And, now to the Russians. There are many angles here, but the old adage is – follow the money. Jared Kushner, as well as at least five individuals who worked on the Trump presidential campaign last year, are known to have had contacts with Russians in 2016 and had, or still have, Russians business relationships.

The Senate’s Committee on Investigations may emerge as the serious leader in finding the truth, although so far it has failed to obtain copies of Donald Trump’s tax returns, which the Democratic Party leader on the committee, Senator Mark Warner, says, is important in discovering details of financial ties to Russian banks and investors.

As the investigations are pursued, and as the White House attempts with ever greater clumsiness to divert public attention, so anger with the disorder is rising in Congress.

The emerging scandals are seen as distracting the White House, which is a major reason why the efforts by the Republicans to rewrite national healthcare law ended in a fiasco and why there is mounting speculation that the next big legislative initiative, tax reform, will also fail.

My cousin Zuzana Ruzickova in Prague, the world renown harpsichordist, says that when you listen to a Bach fugue you are taken to the very depths of despair, then he brings you up to experience a great sense of joy. Here in Washington, we are still diving ever more deeply into despair. We long for the days of joy and order.