The No Ad Zone? "The O'Reilly Factor" may be tops on cable TV, but Bill O'Reilly is turning off advertisers 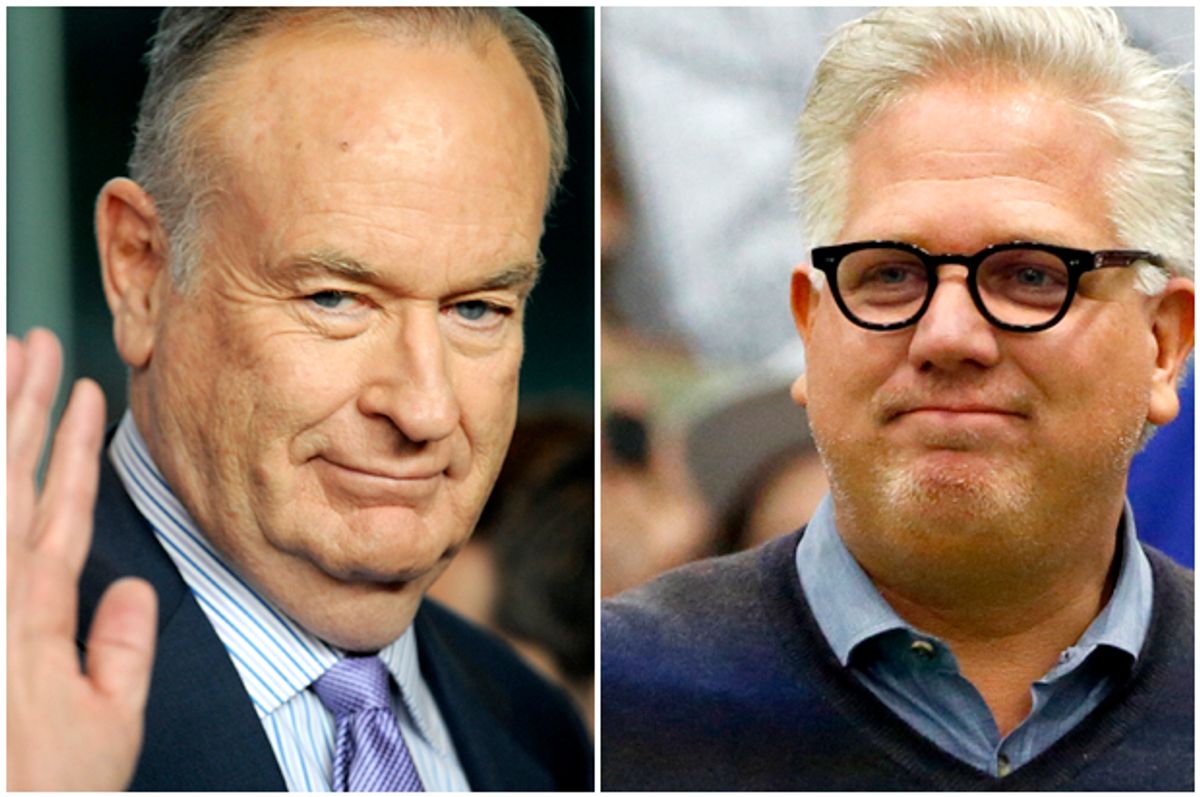 Fox News may have thought that the departure of Roger Ailes, the founding president of the network, after numerous allegations of sexual harassment would bring an end to the image problems the cable news operation has been facing in recent years.

Instead, with Ailes gone, the revelations from Fox News haven’t stopped. The network is beginning to lose advertisers after The New York Times reported on Saturday that star anchor Bill O’Reilly and Fox News Channel have paid at least $13 million in cash settlements to women who had accused him of sexual or verbal harassment since 2002.

That number is huge for most people but given that Fox News makes about $150 million in annual revenue from “The O’Reilly Factor,” paying off women who say they have been mistreated by the guy who’s “looking out for the folks” appears to be just a cost of doing business.

As the reports continue to emerge from women alleging quid quo pro harassment, the cost of doing business for O’Reilly just might be rising higher. This week Fox contributor Julie Roginsky filed in court a suit against Roger Ailes and former regular guest Wendy Walsh spoke publicly against O’Reilly.

On Monday, Mercedes-Benz announced that it was removing all its advertisements from the top-rated “O’Reilly Factor” program.

"The allegations are disturbing and, given the importance of women in every aspect of our business, we don't feel this is a good environment in which to advertise our products right now," Donna Boland, corporate communications manager at Mercedes-Benz, said in a news release.

South Korean carmaker Hyundai has also canceled a campaign that was set to air on the O’Reilly program.

“We had upcoming advertising spots on the show but are reallocating them due to the recent and disturbing allegations,” Hyundai told BuzzFeed. “As a company we seek to partner with companies and programming that share our values of inclusion and diversity. We will continue to monitor and evaluate the situation as we plan future advertising decisions."

BuzzFeed was also told by BMW that it was suspending its ads on “The O’Reilly Factor” as well. Just minutes ago Rachel Ray's Nutrish pet food brand pulled out. So has email marketing company Constant Contact and T-shirt company UNTUCKit.

All this is starting to sound a bit familiar. Bill O’Reilly is becoming the new Glenn Beck.

It seems an eternity ago already but eight years ago, Beck was the most famous Fox News personality. Unfortunately for him, it was for all the wrong reasons. While he managed to get millions to tune in, his on-air antics (which even he later acknowledged were wacky) became the target of much mockery.

In a 2010 interview with The Washington Post, the senior vice president of the network at the time, Bill Shine, claimed Fox News wasn’t concerned about him: "I don't perceive it to be a problem. . . . Glenn Beck is popular and controversial? Well, almost everybody here has been popular or controversial at some point in the last 13 years."

Eventually, however, Beck’s shtick began to do more than make him the butt of late-night comedians' jokes. He began to scare off advertisers and his program became the subject of a campaign to prompt advertisers to leave the show, thanks to a left-leaning group called Color of Change.

It took a few years for the campaign to fully go into effect but eventually it worked. More than 300 companies refused to run ads on “Glenn Beck.” In July 2011, the show was pulled by Ailes. In a statement two years after the fact, Fox News admitted what had happened after Beck claimed he had quit the network to protect his honesty.

Is this the beginning of the end for Bill O’Reilly? It just might be.

Roger Ailes’ alleged regime of pervasive sexual harassment started to come to an end when James and Lachlan Murdoch, Rupert Murdoch’s sons (who are also higher-ups in the parent company of Fox News) arranged for a law firm to investigate some of the allegations against him. If they want to save the brand of Fox News for the future, they’re going to have to do something about O’Reilly as well.

The advertisers are beginning to turn on him but so are the conservative pundits. Washington Post columnist Michael Gerson, a onetime speechwriter for former President George W. Bush, excoriated the network in an essay published Monday:

This should matter in any setting — any factory or car-rental office — but it matters particularly in the news business. The ethos of a newspaper, cable network or website influences the final product. At The Post — reflecting its investigative self-image — the new motto is “Democracy Dies in Darkness.” At Fox, this ethos has involved, according to the New Yorker’s Margaret Talbot, “the fetishization of hot female news presenters.” And this, it seems, has doubled as a kind of conveyor belt for bright new faces. Can it really be a coincidence that feminism is often dismissed on Fox News as so much political correctness? Can a news organization deal adequately with women’s issues when you would never allow your own daughter to work there?