Boss up, Donald Trump! You wanted the job of president — now do it 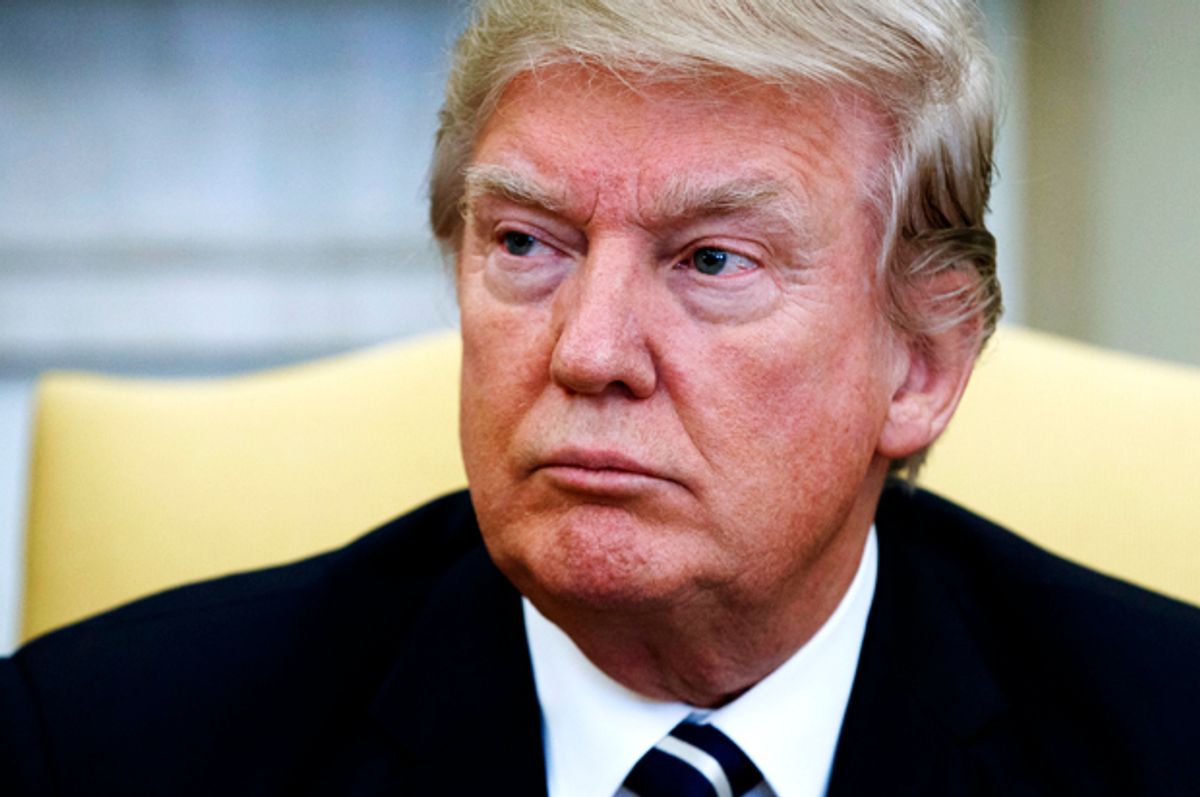 Donald Trump has never had a real job. His business and his life so far were built from the benefits of being born rich. Until this year, he had only been responsible for managing his own family privilege.

"Privilege" is a term that gets tossed around in politics, activism and in professional settings. Many who don’t have privilege identify it as the key reason why they can’t achieve success. Others born with much privilege often claim that it has nothing to do with their accomplishments, which sounds silly to me. Privilege is real and plays a major role in stagnating our country. Here is a clear example of how it works:

These heinous actions by the Bashar al-Assad regime are a consequence of the last administration’s weakness and irresolution. President Obama said in 2012 that he would establish a "red line" against the use of chemical weapons and then did nothing.

That was President Donald Trump’s response to a vicious chemical attack in Syria yesterday that has been attributed to the Syrian government. Trump can credit his insurmountable amount of privilege with allowing him to get away with making such a stupid claim. He offered no clear path or strategy to move forward, no words to comfort the people of Syria (or even Americans, whom he at least claims to care about) — and no proof that he understands how to handle this dangerous situation. He just blamed former President Obama. This is how many expect a privileged brat to act not a president.

But Donald Trump is president of the United States. We held an election, and even though he lost the popular vote by millions, he still won. He has the job. Decisions made by the Obama administration definitely play a role in the current state of our nation and global relationships; however, that dude is gone­­. Barack isn’t in the White House anymore, he’s zip-lining and water skiing off exotic islands with Michelle and Richard Branson. Blaming Obama is pointless; it has no effect on solving the current problem.

The idea that pointing the finger at the previous administration is an acceptable response to what happened in Syria is beyond ridiculous. It’s a clear example of how privilege and entitlement is hurting our country. We know how he feels about Obama, so what’s next? Will Trump's next speech, tweet or press release blame Hillary Clinton’s emails for a North Korea missile launch, not his own inexperience, poor judgment and incompetent team?

If Trump wants to be successful, he is going to have to learn that blame and solutions are two different things.

Trump dreamed of wearing President’s Obama shoes. Now he has them and has yet to have any major legislative victories, despite his party's control of Congress, which exposes another major problem with our privilege-based country: The sense of privilege is so lopsided that it allows a rich white man to cry about being oppressed, with little or no challenge to the claim.

Trump was given things his whole life and now he finally has to work. Daddy can't save him and neither can the bankruptcy courts. Pointing the finger is getting old. For the first time in Trump's life, he has to go to work. This ain’t Park Avenue; privilege can only get him so far­­. And eventually his supporters are going to want to see results.