With no evidence, Trump claimed Susan Rice committed a crime, but praised the host who settled sex assault claims 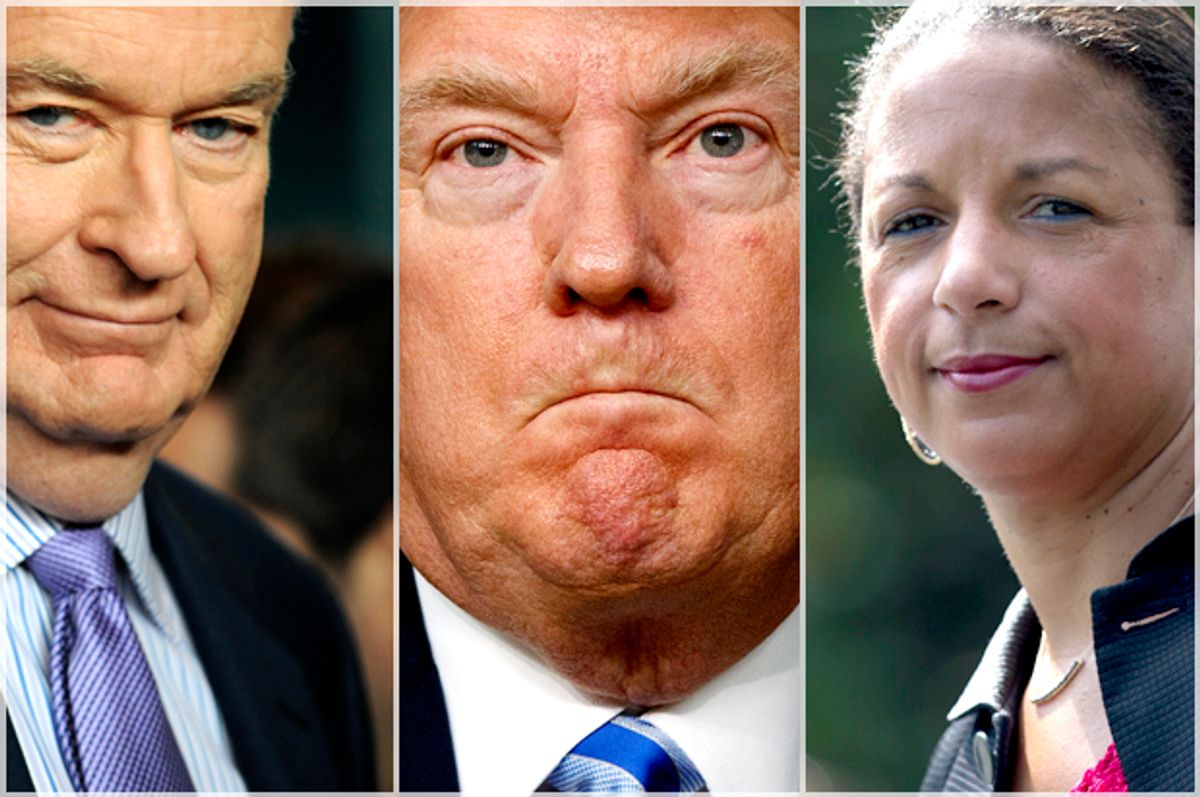 President Donald Trump said on Wednesday that he believes former national security adviser Susan Rice committed a crime when she requested the identities of Trump associates mentioned in intelligence reports and that other Obama administration officials may have also been involved, according to The New York Times.

“I think it’s going to be the biggest story,” Trump said in an interview in the Oval Office. The president declined multiple requests to provide substantive evidence or the names of Obama administration officials he claims were involved. “It’s such an important story for our country and the world. It is one of the big stories of our time.”

When asked if Ms. Rice, who has denied leaking the names of Trump associates under surveillance by United States intelligence agencies, had committed a crime, the president said, “Do I think? Yes, I think.”

Ms. Rice has denied any impropriety. In an interview on Tuesday with MSNBC, she said: “The allegation is that somehow the Obama administration officials utilized intelligence for political purposes. That’s absolutely false.”

Trump also criticized various media outlets, including The New York Times, for improperly covering the Rice controversy. He instead praised Fox News and one of its host, Bill O'Reilly, despite reports this week that the longtime conservative news commentator had settled five lawsuits filed by women alleging sexual assault or inappropriate behavior. Trump quickly came to O'Reilly's defense, calling into question his decision.

Added Trump: “Because you should have taken it all the way. I don’t think Bill did anything wrong.”