The former vice president and his wife announce a three-book deal with Flatiron Books, a Macmillan imprint 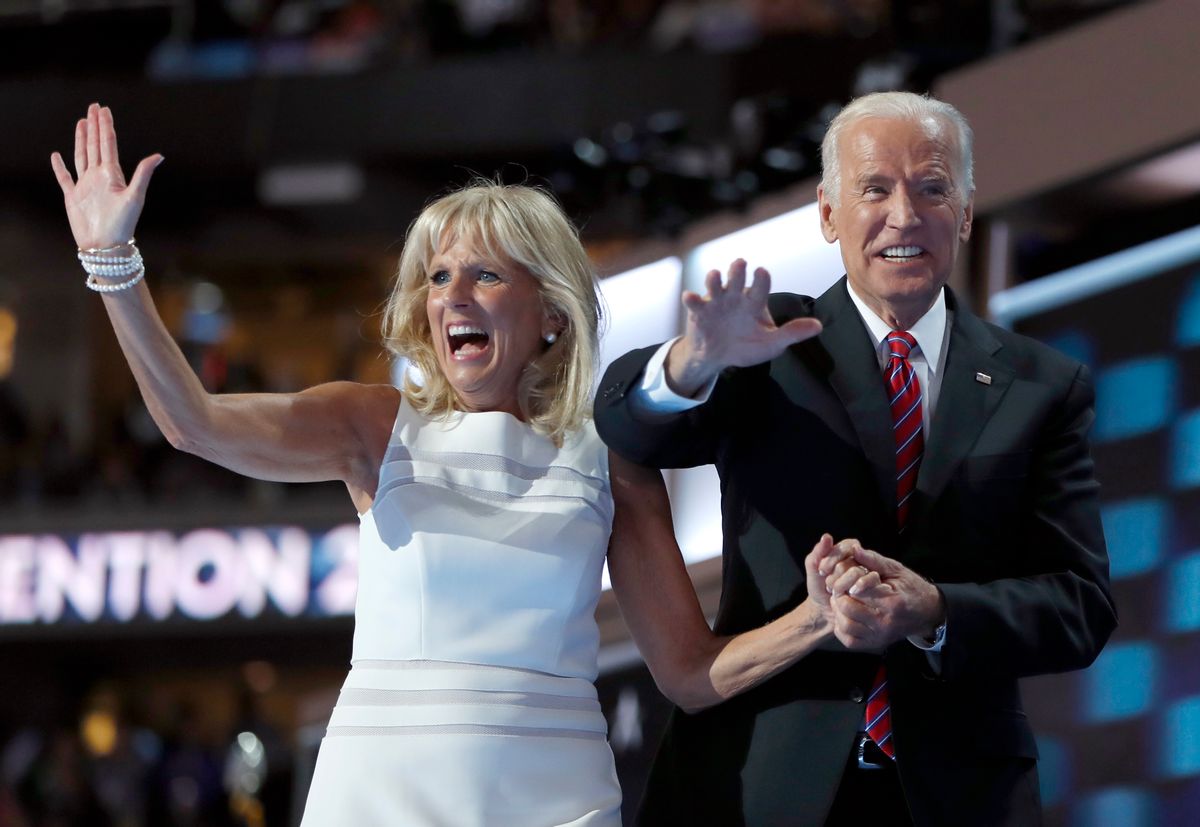 FILE - In this July 27, 2016 file photo, Dr. Jill Biden and Vice President Joe Biden wave after speaking to delegates during the third day session of the Democratic National Convention in Philadelphia. Flatiron Books said Wednesday, April 5, 2017, that it will release two books by Joe Biden and one by Jill. Joe Biden’s first book will “explore one momentous year,” 2016, when his son Beau died and he decided against running for president. The book is currently untitled and no release date was announced. (AP Photo/Carolyn Kaster, File) (AP)
--

Looks like the grass really is greener for those in the last administration. Former Vice President Joe Biden and his wife, Dr. Jill Biden, signed book deals less than two months after the Obamas.

The Bidens are set to release three books between them — two from Joe, one co-written with Jill — with Flatiron Books, a Macmillan imprint, AP reports. Flatiron markets Joe Biden’s first memoir as "the story of not just a politician, but of a father, grandfather, friend and husband." The currently untitled work will tackle 2015, the year his son Beau died and he debated running for president against Donald Trump.

Many people have wondered whether Joe Biden could have defeated Trump, especially since his popularity skyrocketed in the weeks leading up to the election. There’s still hope, though. In December, Joe Biden told Stephen Colbert that he won’t rule out a 2020 bid — maybe we’ll get another book out of that potential campaign.

Flatiron’s president and publisher said in a statement:

"We're so deeply honored to be the publisher of these books by Vice President and Dr. Biden. The Vice President's book promises to give us all a deeper understanding of recent political history, but it will clearly also be a book about the values that have given the Vice President strength in both good times and bad."

Flatiron has not officially released details of the negotiations or the other two planned books.

Sources say the deal is valued at $8 million — not exactly chump change, but far less than what the former president and first lady will earn. The Obamas will rake in an estimated $65 million for their joint arrangement with Crown, a Penguin Random House imprint.

Both Joe and Jill Biden already have “published author” on their resumes. Random House published Joe Biden’s “Promises to Keep” in 2007, while Simon & Schuster published a picture book from his wife in 2012.