Jared's PR hire: Kushner's first employee for his Office of American Innovation is a Hollywood publicist 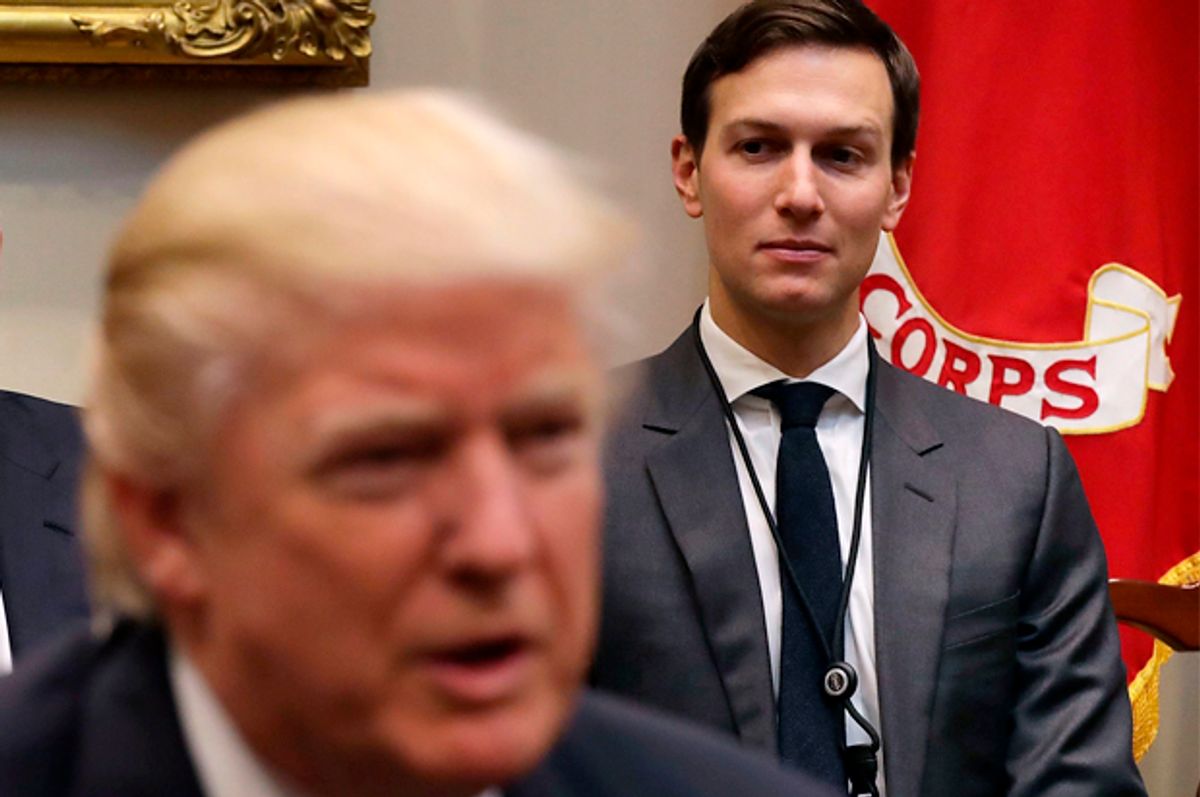 The first person hired by President Donald Trump's son-in-law Jared Kushner in his newly-minted role as chief of the White House's Office of American Innovation is top Hollywood public relations executive Josh Raffel, according to the Hollywood Reporter. Kushner was tapped to lead the new office, which will be aimed at reforming the government through private sector solutions, last week and Raffel's new job will be to sell it to the American people.

Raffel, just 32 years old, is leaving Blumhouse Productions where he has worked since 2015. He also previously worked for New York-based PR shop Hiltzik Strategies, where he had clients such as Kushner's family business, Glenn Beck, Robinov's Studio 8 and Sony Pictures. Raffel also worked with top Trump aide and campaign spokesperson Hope Hicks, who is reportedly a friend of his.

The hiring comes as Kushner, 36, is staffing up Trump's new Office of American Innovation with the hope of translating successful business strategies to make the government run more efficiently. Others involved in the initiative include Gary Cohn, director of the National Economic Council; Dina Powell, deputy national security adviser and a senior counselor to the president; and Chris Liddell, assistant to the president for strategic initiatives (and another Hollywood alum, having worked for the WME-IMG talent agency.

The mission of Kushner's new office will be to deliver on key promises Trump made throughout his campaigns, such as reforming care for veteran's and fighting the ongoing opioid addiction crisis in the country. The office will report directly to the president. According to the report by the Washington Post late last month, the office will be "harvesting ideas from the business world and, potentially, privatizing some government functions." To help accomplish this, Kushner's office will also be working closely with tech giant CEO's such as Tim Cook of Apple, Bill Gates of Microsoft Elon Musk of Tesla, and Marc Benioff of Salesforce.

Last month, Kushner told the Washington Post that there should be "excellence" in the government. “The government should be run like a great American company. Our hope is that we can achieve successes and efficiencies for our customers, who are the citizens."