McConnell filed a motion for cloture, with a vote to invoke set for Thursday 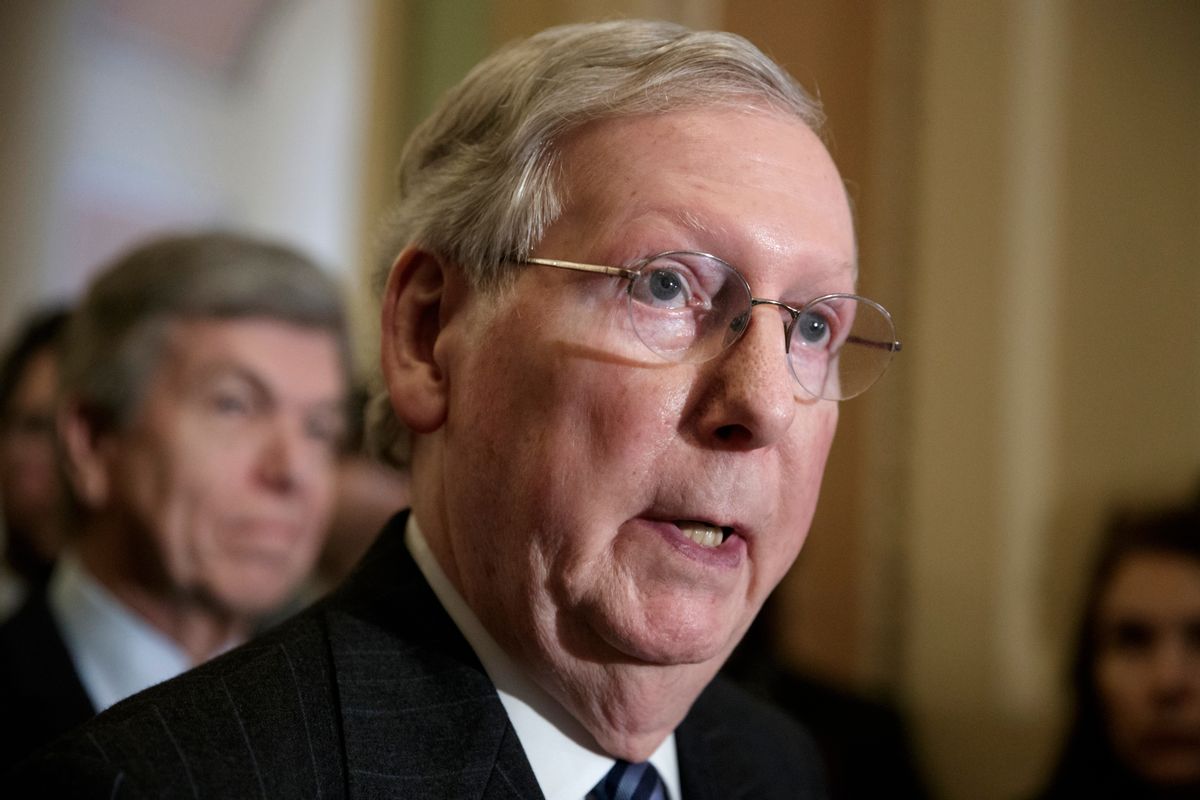 Neil Gorsuch is one step closer to joining the Supreme Court, thanks in large part to Mitch McConnell.

The Senate Judiciary Committee voted yesterday to approve President Donald Trump’s SCOTUS pick, which means a Senate vote won’t be far behind. Democrats have been vocal about their plan to filibuster Gorsuch’s confirmation since Trump announced his choice.

McConnell, however, anticipated the move and has taken the first official step to stop it from happening. On Tuesday night, the Senate Majority Leader filed a motion for cloture, with a vote to invoke set for Thursday.

Due to an unprecedented filibuster threat, I just filed cloture on the Judge #Gorsuch nomination. #SCOTUS

McConnell’s action was an expected precaution meant to wrap up debate around Gorsuch’s confirmation. The Senate needs 60 votes to begin the cloture process, but it’s unlikely Republicans will get enough support to override Democrats.

McConnell is setting Republicans up to utilize the so-called “nuclear option,” which allows the Senate to disregard the standard 60-vote threshold to confirm nominees. Instead of reaching 60 votes, the GOP would simply need a majority vote to confirm Gorsuch — and all subsequent SCOTUS nominees.

The GOP push to confirm is troubling for several reasons. Gorsuch, one of the youngest judges to be nominated to the Supreme Court, has been characterized as farther right than the late Antonin Scalia. Trump’s pick is known for his anti-choice and anti-LGBT stances, a dismissal of scientific expertise and pro-police violence, and has alienated politicians from both parties.

Another reason McConnell’s rush is concerning happened back when Obama was president. When Obama nominated Merrick Garland to the Supreme Court after Scalia passed away, Republicans exhausted their efforts trying to keep the seat empty.

How quickly the tables turned once Republicans gained control of Washington. Although the war over Gorsuch’s confirmation has been raging for a month, the biggest battle has just began.