Remembering Kendall Jenner's Pepsi ad, which lasted 24 hours longer than it should have 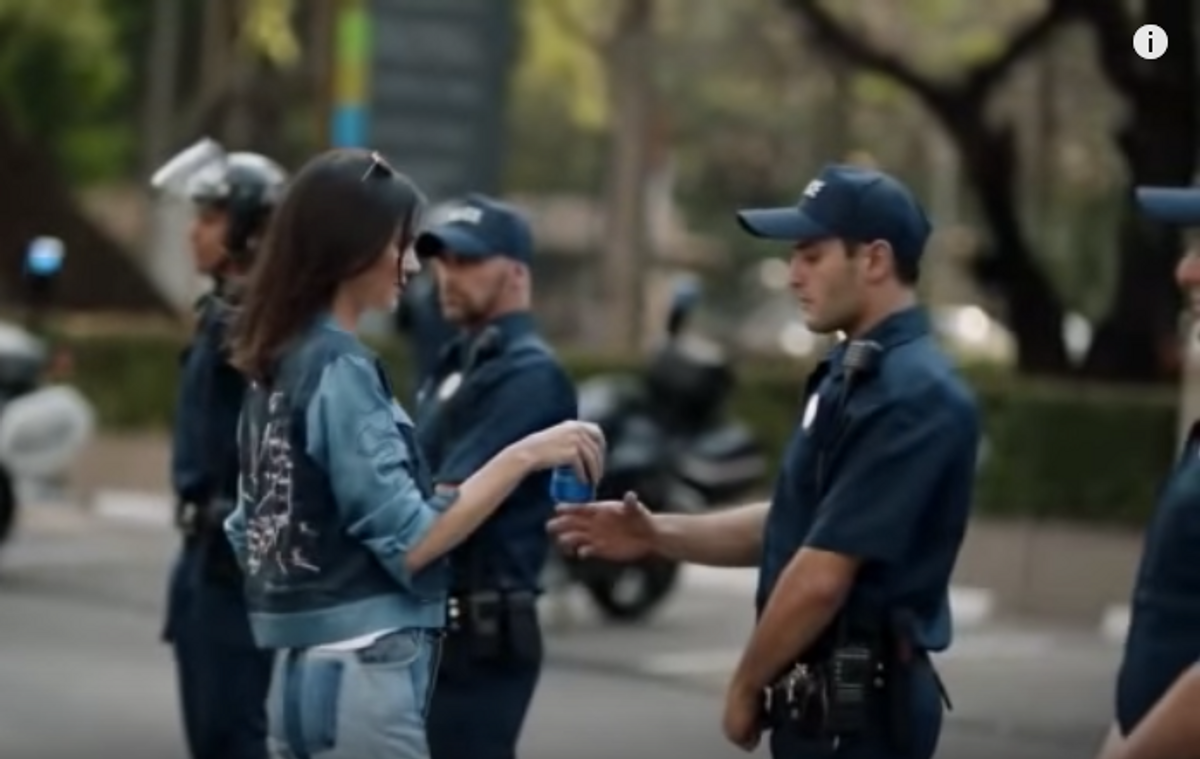 The people of the internet have spoken, and Pepsi listened.

The soda giant has pulled a protest-themed ad just 24 hours after releasing it, after facing extreme heat for its terrible take on a controversial topic.

"Pepsi was trying to project a global message of unity, peace and understanding. Clearly, we missed the mark, and we apologize," the company said in a statement. "We did not intend to make light of any serious issue. We are pulling the content and halting any further [rollout]."

The ad, released worldwide on Tuesday, featured a host of beautiful people marching in the streets, holding up peace signs, smiling and dancing. Pepsi was sure to incorporate cultural diversity, as the ad's stars include a Muslim woman (dressed in a hijab so it would be clear), an Asian man with a cello and, of course, Kendall Jenner, America's favorite white supermodel.

To many viewers it was clear the two-and-a-half minute ad was going to be problematic right from the start.

The Muslim woman is clearly upset over her art project. The token Asian man is obviously disheartened (but it is unclear about what) and Jenner is unhappily modeling something. Life is rough. Inspired by the protest marchers doing their thing, our stars leave their jobs behind and join the movement. Their fun seems to slow, however, when they encounter a wall of white police officers. (Is this an innocent touch or a pointed political move?). But, have no fear, Kendall Jenner is here. She boldly moves to the front of the crowd, and walks right up to the nearest officer, handing him a Pepsi.

And suddenly, all is right with the world.

If you were flabbergasted by the ad when it came out yesterday, but couldn't seem to get over it, you were not alone. In the 24 hours it was being circulated on company social media, the tone-deaf ad had the people of the internet reeling.

People repeatedly pointed out similarities between the image of Jenner handing the police officer a Pepsi and the now legendary photo of Iesha Evans, staring down two police officers during a protest in Baton Rouge. They felt that the ad was mocking Evans and other Black Lives Matter protests across the country and trivializing protest movements and social justice causes.

Responses ranged from humorous to downright vicious, and the ad generated so much negative press that even Bernice King, daughter of Martin Luther King Jr., found some shade to throw.

The minster and activist tweeted a photo of her father alongside her response to the ad on Wednesday.

Pepsi initially defended its marketing choices in the wake of the backlash, saying the company felt the ad shared an important message.

“This is a global ad that reflects people from different walks of life coming together in a spirit of harmony, and we think that’s an important message to convey,” the company said in a statement.

The ad continued to face backlash, however, and eventually Pepsi retreated. In a follow-up statement, Pepsi explained that the ad would be pulled and apologized for any offense it caused.

Pepsi also apologized to Jenner for putting her in a compromising position.