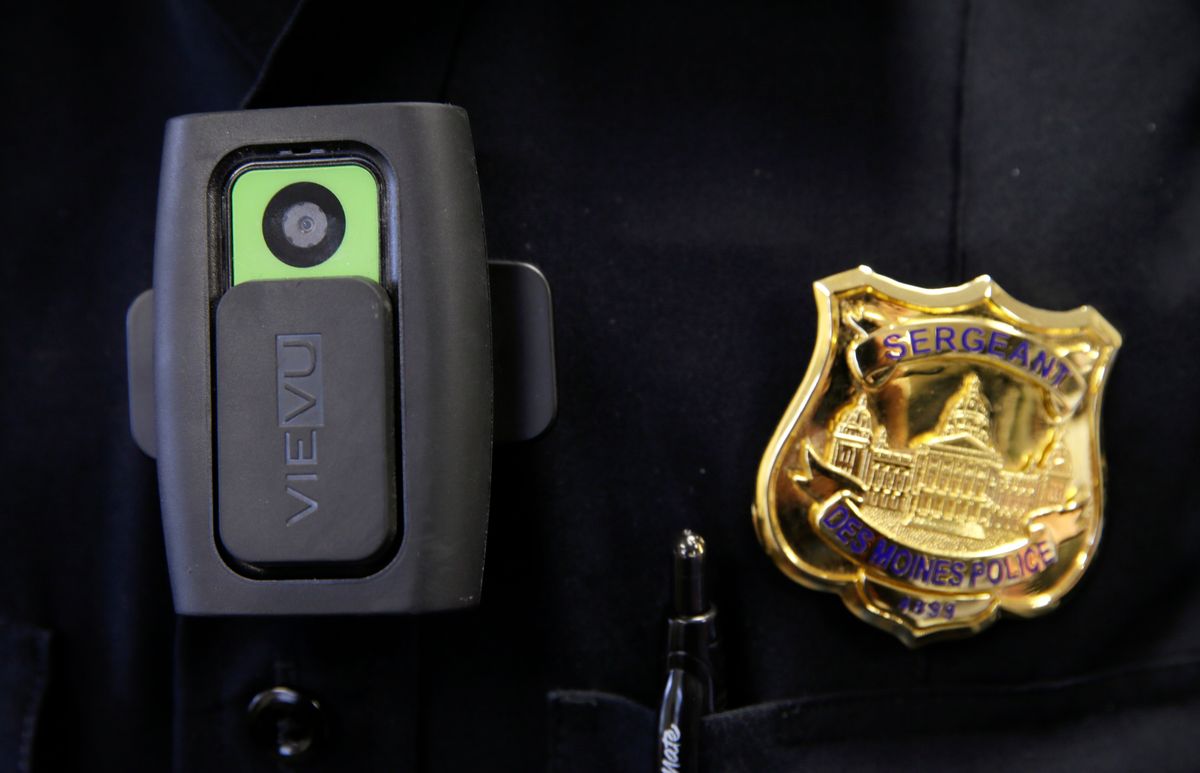 In this Jan. 22, 2015 photo, a body camera used by Des Moines Police Department school resource officers is worn by Sgt. Jason Halifax in Des Moines, Iowa. The rush by cities to outfit police officers with body cameras after last summers riots in Ferguson, Mo., is saddling local governments with steep costs for managing the volumes of footage they must keep for months or even years, according to contracts, invoices and company data reviewed by The Associated Press. (AP Photo/Charlie Neibergall) (AP)
--

Last year a Cambridge University study of American and British police found that complaints against police officers dropped by 93 percent when they wore body cameras. Now Taser International Inc., which will soon be known as Axon, is planning on providing police officers with a further incentive to wear body cameras — offering a year of free cameras and software for any police agency that buys from them.

Taser, which is the largest supplier of American police body cameras, claims to have won contracts with 36 of the 41 major cities whose police departments have started using body cameras, according to a report by Bloomberg. The company also develops a digital device and cloud computer. Although nearly all of its profit came from selling Tasers in 2011, by 2016 one-quarter of the company's sales came from its other brand, called Axon, that sold software related to body cameras. Its artificial intelligence teams are currently working on an automated method of extracting the video footage acquired by body cameras for public release, a task that currently consumes a great deal of labor. Not only would this facilitate the process of holding police officers accountable, but it could significantly reduce paperwork. As Taser CEO Rick Smith told Bloomberg, "We are licking our chops at this idea."

Taser's main competitor, Vievu LLC, is protesting Taser's decision on the grounds that it will provide them with an unfair edge in competing for future contracts. Safariland LLC, which owns Vienu, released a statement accusing Taser of doing this in the aftermath of losing a lucrative bid to provide body cameras for the NYPD to Vievu.

"If the NYPD had wanted vendors to supply 1,000 free cameras or any other provisions, the NYPD would have spelled out that requirement in the RFP. VIEVU followed the exacting provisions of the RFP process, and was explicitly selected as the winner fair and square," the statement says. "Taser's offer, coming after our contract win, is a desperate attempt to circumvent the process designed to ensure fair treatment of all vendors."