When it comes to being paid by the Russians, the former Breitbart reporter says he has no "qualms about it" 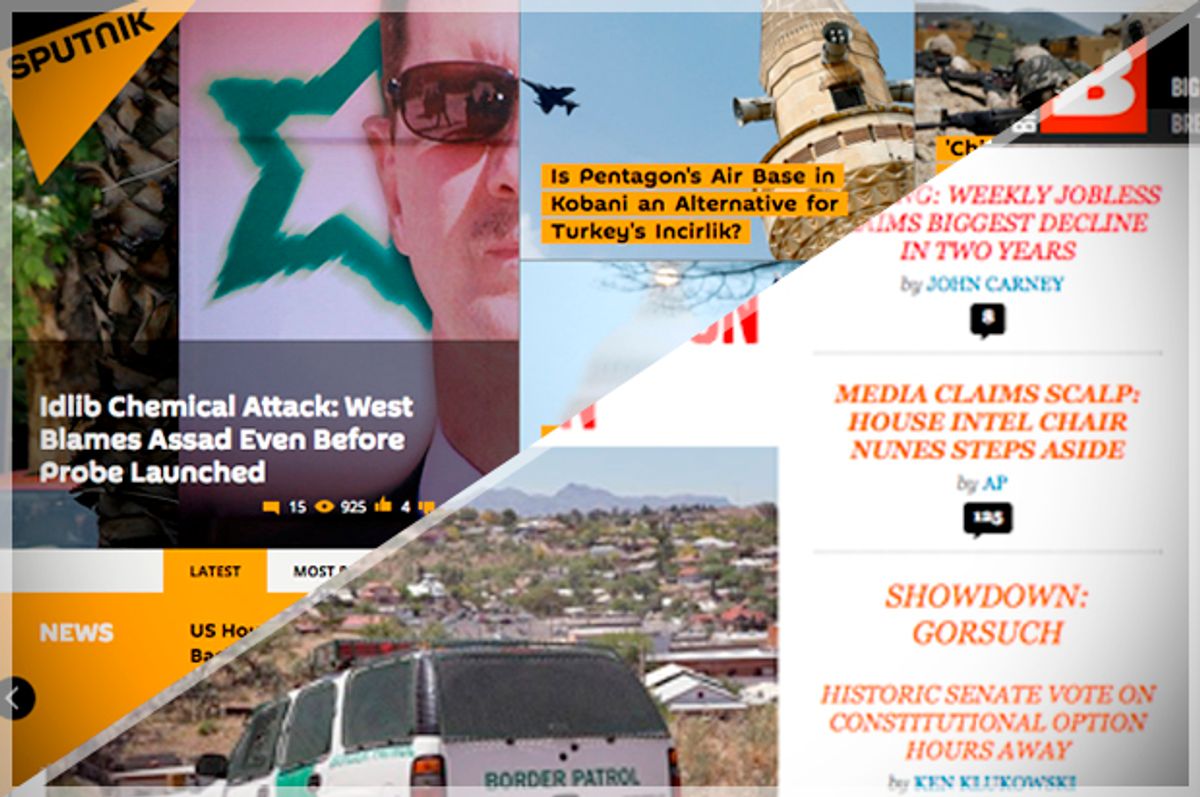 Lee Stranahan, who resigned from Breitbart in protest after his editor forbade him from covering the White House, will be co-hosting a "Crossfire-style" liberal vs. conservative show called "Fault Lines With Nixon and Stranahan" with liberal pundit Garland Nixon. It will air on Sputnik online, in addition to an HD radio station.

“I’m on the Russian payroll now, when you work at Sputnik you’re being paid by the Russians,” Stranahan told The Atlantic in an interview. “That’s what it is. I don’t have any qualms about it. Nothing about it really affects my position on stuff that I’ve had for years now.”

While Stranahan might not have any reservations when it comes to his new employer, the FBI is currently investigating whether far-right news websites, including Sputnik, contributed in anyway to Russia's election interference.

The new Sputnik personality told The Atlantic that investigations into possible collusion between the Trump campaign and Russia was "bogus."

“I think the whole narrative trying to tie Trump to Russia is a huge problem,” Stranahan said.

As far as his artistic liberties, Stranahan indicated that he has the sole authority over what is said and discussed on his show.

“There’s no restrictions on what I can say, what I can do, anything like that,” Stranahan said. “I’m not easily controllable.”