In order to graduate from high school, graduates must show proof they intend to further their education or skills 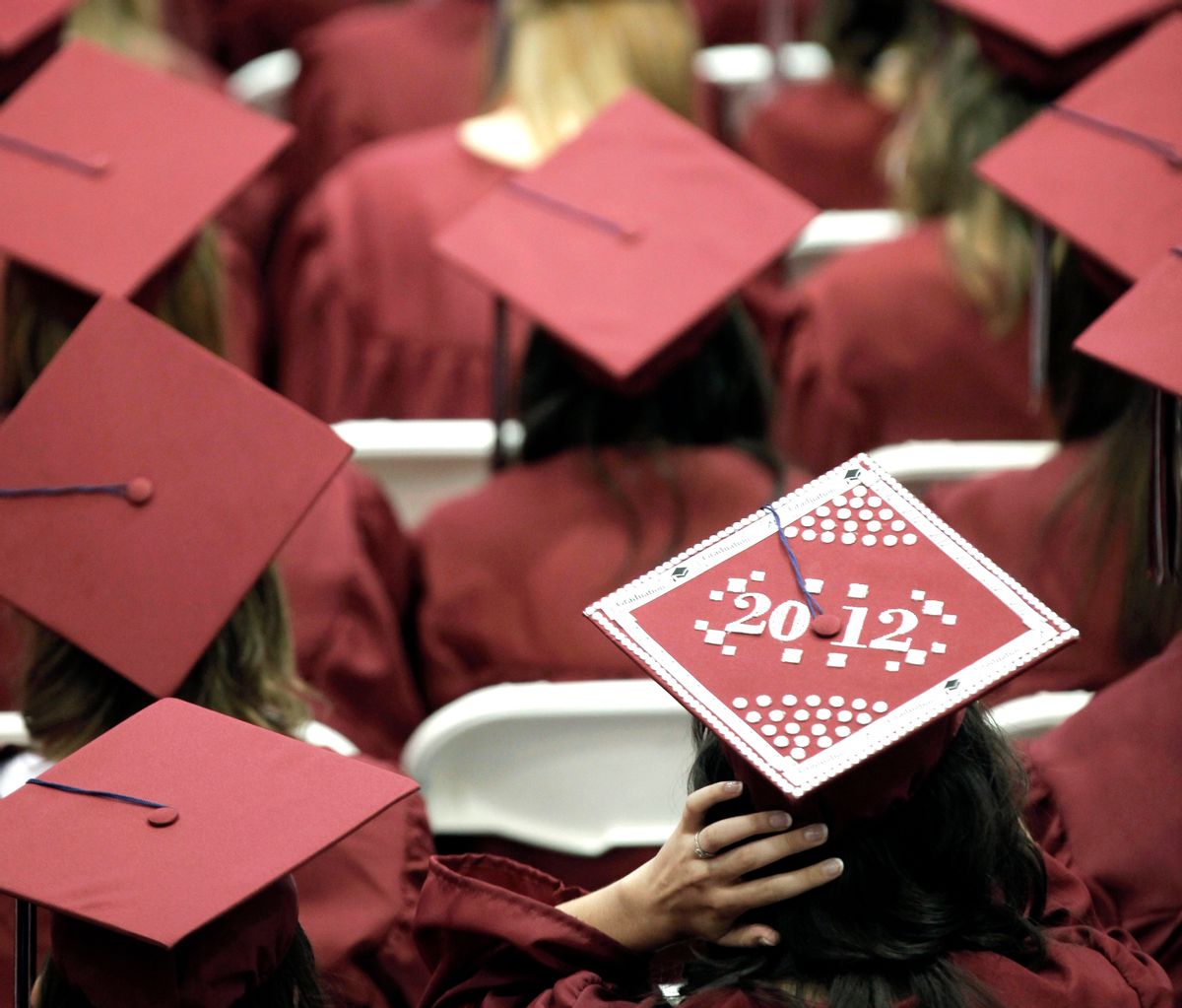 FILE - In this May 21, 2012, file photo, graduates from Joplin High School listen to speakers during commencement ceremonies in Joplin, Mo. U.S. public high schools have reached a milestone, an 80 percent graduation rate. Yet that still means 1 of every 5 students walks away without a diploma. Citing the progress, researchers are projecting a 90 percent national graduation rate by 2020. (AP Photo/Charlie Riedel, File)
--

A new plan looks to assist Chicago Public School students for life after high school by requiring each student to show proof of an acceptance letter into a university, community college, apprenticeship, trade school, internship, or the armed services in order to graduate.

Chicago Mayor Rahm Emanuel has reportedly been contemplating this idea since his election in 2011. On Tuesday, the mayor spoke about his intended plan at a town hall meeting in downtown Chicago, but formally introduced the new graduation prerequisite's on Wednesday at Malcolm X College, while noting that keys to success in life include an education upon completion of high school, according to CBS Chicago.

“We already have around 62 percent of our kids are already either accepted into college or accepted into community college, and our goal is to make sure nobody spikes the ball at 12th grade. We want to make 14th grade universal. That’s the new goal line,” Emanuel told CBS This Morning on Wednesday.

The mayor said that he wants to ensure that CPS students don't view high school as a final stop, arguing that the current job market requires a postsecondary education or training.

“The workplace today has that requirement. All we’re doing, as a school system, is catching up to the requirements of the workplace,” he said, according to CBS Chicago.

The new proposal would make Chicago the first to enact such a requirement, though it is an idea Emmanuel adapted from charter schools.