Seth Meyers blasts Donald Trump's love of Fox News: "Trump should have been sworn in on a TV guide"

"Glowing coverage" for "unparalleled access," Meyers breaks down the love affair between Fox News and Trump. 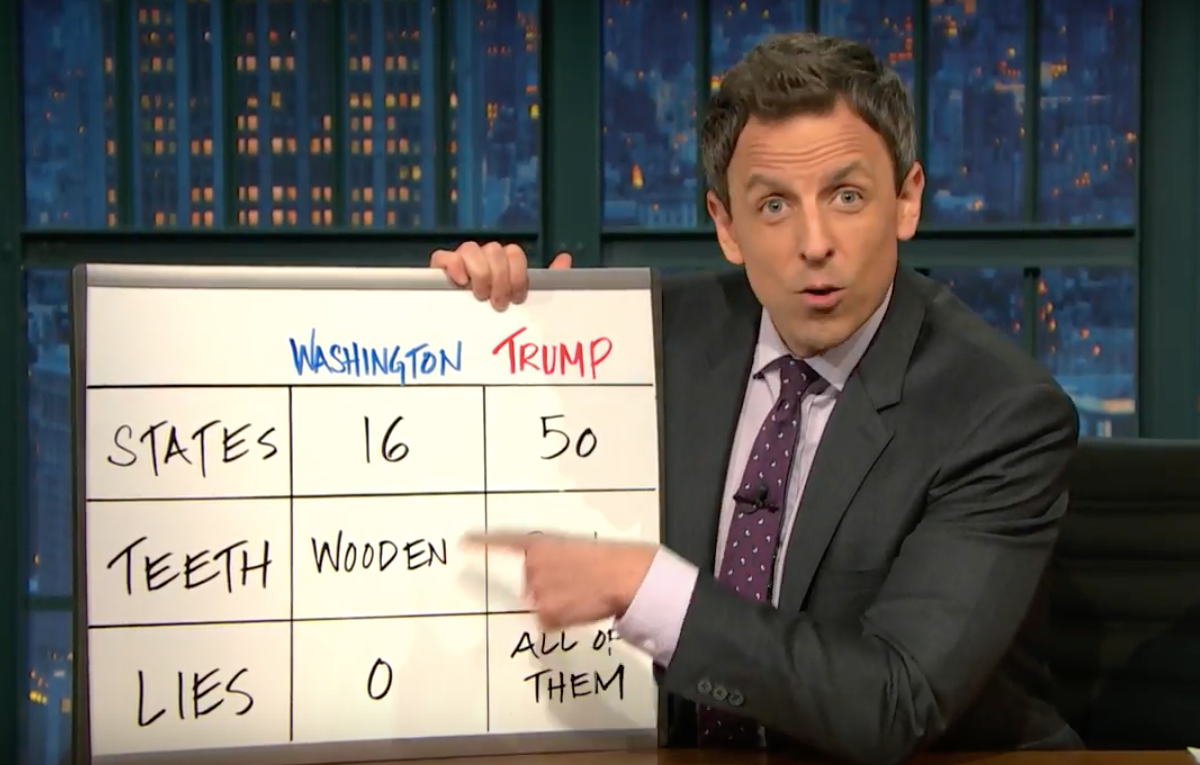 There are very few news outlets that have been able to escape President Donald Trump's furious tweetstorms. But with its generous and favorable coverage, Fox News has remained the president's prized news source, and Trump has routinely declared his fondness for the network.

In February, Fox News got an "all-access" White House tour, which Meyers said, was "basically Trump's relationship with Fox News in a nutshell. They give him glowing, unquestioning coverage, and in return, he gives them unparalleled access. And they'll go to absurd lengths to defend him."

Fox News host Eric Bolling tried to compare President Barack Obama's first quarter in office, which was largely dictated by the financial crisis, to President Trump's first quarter. But,Meyers felt a comparison between George Washington's and Trump's presidencies would have made more sense.

Trump often tweets news facts that he just watched on the network and even offers free advertising.

"The president literally just recommends TV shows now," Meyers said. "Instead of a Bible, Trump should have been sworn in on a TV guide."

Things heated up when Meyers started to fire off jokes against O'Reilly, amid the recent news that multiple companies were pulling advertising from the "The O'Reilly factor."

"Soon, the only advertisers left on his show are going to be Ivanka Trump's clothing line and Steve Bannon's skin worsener," Meyers said.

And of Trump's comments defending O'Reilly to the New York Times, Meyers said, "Of course, not settling and taking it all the way is what got O'Reilly in trouble in the first place."

With a final blow, and a bit of bleak seriousness about the impact and influence Fox News has right now, Meyers concluded, "This is the network that the president relies on for information. A network with an archaic culture of sexual harassment, fear and intimidation."