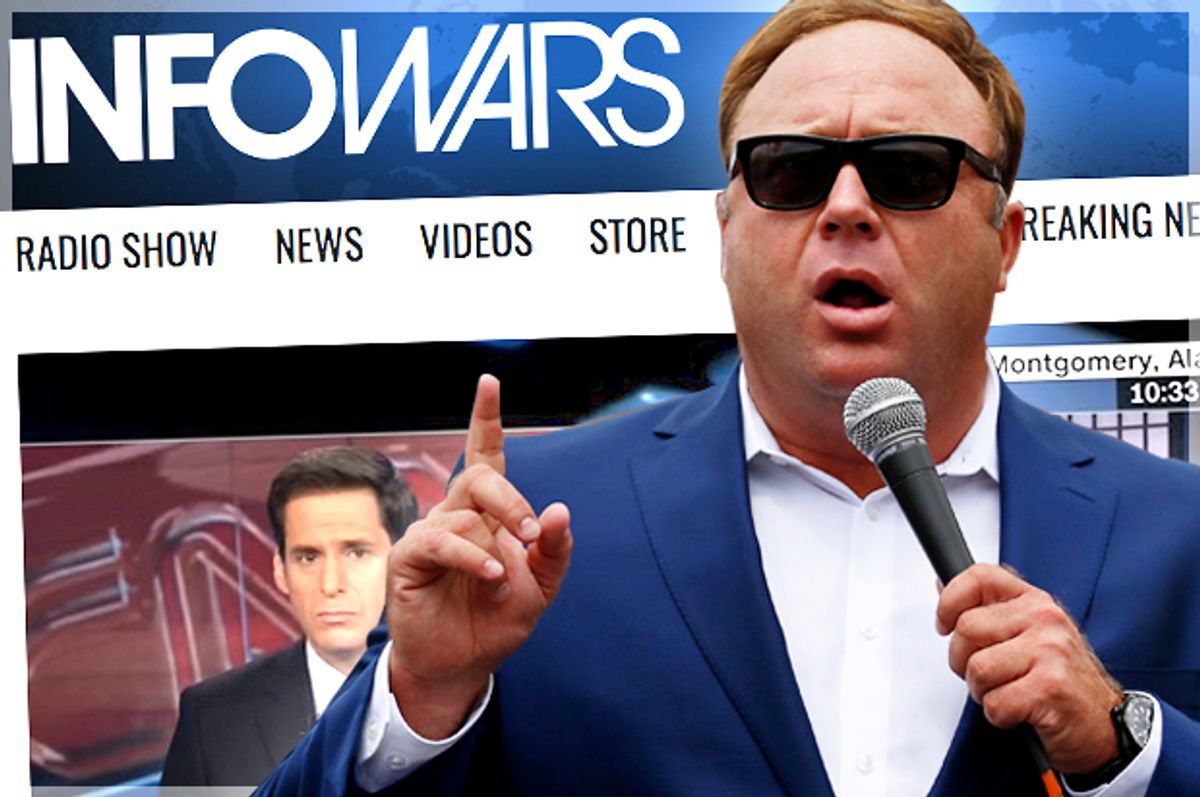 After Alex Jones threatened Rep. Adam Schiff, D-Calif., in an expletive-laden tirade on his radio program earlier last week, the Infowars founder defended himself from criticism — and potential criminal charges —by comparing himself to Mahatma Gandhi and Martin Luther King Jr.

In the March 30th rant, the conspiratorial creator of right-wing website Infowars called Schiff an "archetypal cocksucker" and told the congressman to "fill your hand" — a reference to a pistol duel. Schiff is the ranking Democrat on the House Intelligence Committee, which currently investigating President Donald Trump's campaign and its potential Russia connections.

"I’ll beat your goddamn ass." Alex Jones went off on an unhinged rant, even by his standards, against Adam Schiff: https://t.co/NUxzo4J1mx pic.twitter.com/adty7sUA6w

Legal experts who spoke with Newsweek said that Jones' unhinged comments could amount to a felony. His threats appear to break federal law, experts explained, specifically U.S. Code Title 18, Section 115, which makes it illegal to threaten to assault a U.S. official. A conviction could result in six years of prison for Jones.

“I do think that the combination of Jones’s comments would amount to a threat,” Amanda Berman, the director of legal affairs with Lawfare Project, told Newsweek. “It seems to be a clear provocation. Ultimately, the question would have to be put to a judge or jury, but I think there is a legal basis for a conviction based on Jones’s threat, which was made ‘with intent to impede, intimidate or interfere’ with Congressman Schiff’s exercise of his duties as the ranking member of the committee investigating the connection between the Trump campaign, administration, and the Russians.”

Berman concluded: “Regardless of the qualifying language ‘get in my face with that,’ Jones challenges the congressman to arm himself for a physical altercation — ‘fill your hand’ — and suggests that if the two ever ‘faced off,’ which could mean that they were simply in the same room together, the congressman would be assaulted."

The infamous conspiracy theorist, who appears to have the ear of the president, said that he is "one of the biggest proponents of nonviolence" like "Mahatma Gandhi and Martin Luther King."