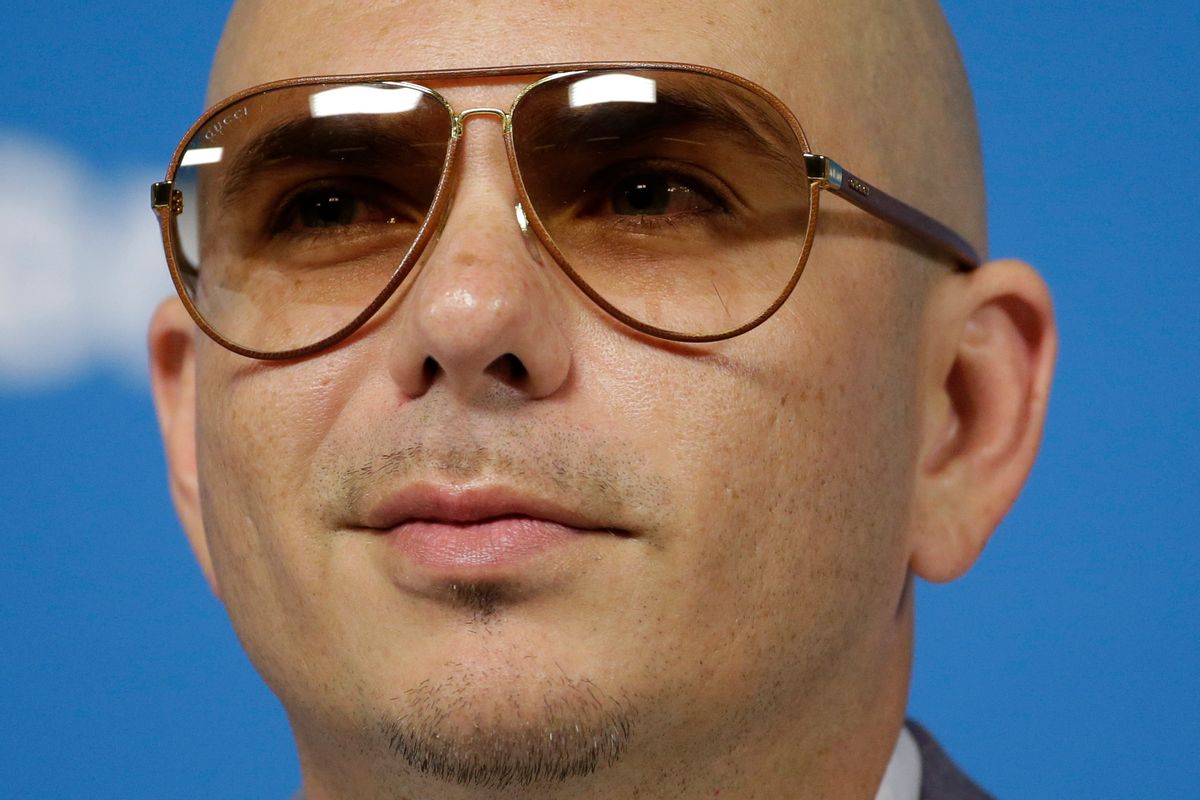 FILE - In this Wednesday, June 11, 2014, file photo, Cuban-American rapper Pitbull listens to a question during a news conference one day before the World Cup soccer tournament starts in Sao Paulo. Billboards recent Hot 100 chart reflects a group of hits that mainly showcase two types of songs: One written solely by an act and an additional songwriter, while others have seven or eight songwriters listed, such as Pitbulls Timber or Jason Derulos Wiggle. (AP Photo/Felipe Dana, File) (AP)
--

President Donald Trump’s utterly unqualified education secretary made the rounds at several Miami learning institutions on Thursday. More shocking than Betsy DeVos actually doing her job is the fact that at one pitstop, she met Pitbull.

DeVos’ first stop was CARE Elementary, a Christian school in Overtown, followed by Florida International University, where she toured a nursing lab and answered student questions. The visit marks her first appearance at a public university since taking office.

FIU students did not exactly warm up to DeVos, according to the Miami Herald. During a question-and-answer session, students spoke up about the rapidly rising cost of higher education. True to form, the education secretary shrugged off the concerns and asked students to focus on more “positive experiences.”

One student, post-doctoral candidate Idaykis Rodriguez, did not let DeVos off that easily. After stating that she’s an immigrant, Rodriguez praised FIU for its good job of serving low-income and first-generation students.

“FIU serves as a beacon of hope for a lot of our students to achieve that American dream,” Rodriguez said.

When asked what her plans for American education are, DeVos stated her interest in getting more kids to follow the STEM tracks.

DeVos spoke to a group of students at the middle and high school, as well as school leaders:

“I know that many of you are blazing the trails in your family and showing what can be done if you’re just given the opportunity. I want to encourage you, encourage you in your studies, encourage you to continue to pursue the passion that is inside of you, whatever that may be. . . . Miami-Dade in particular has done a tremendous job of recognizing that students are individuals and individuals have different needs.”

DeVos will continue her tour on Friday with trips to at least two other education facilities.