With a constellation of bad choices available, the team behind this movie seems to have opted for all of the above 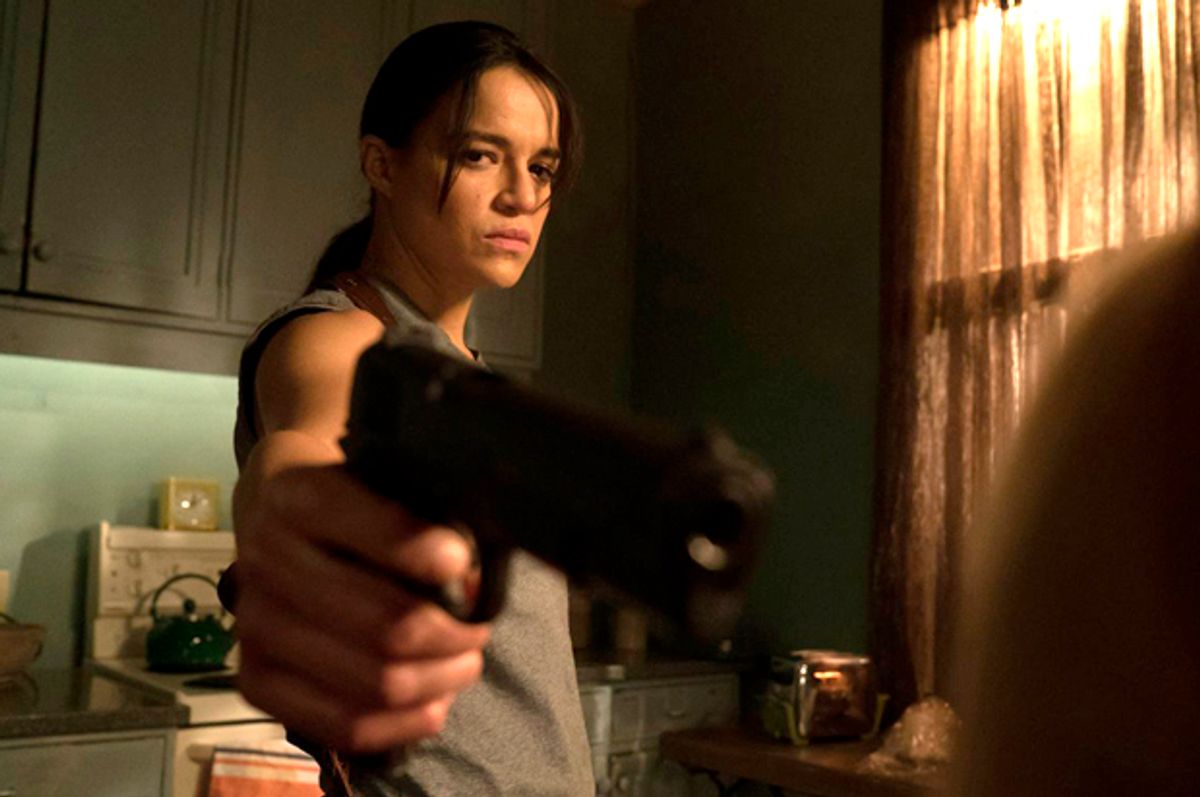 The film critic Nathan Rabin once coined the phrase “shitty miracle” to describe movies in which absolutely nothing goes right, a film whose badness is perfect in its way. “It’s not a matter of one sorry element dragging the rest down,” he writes. “It’s every terrible component amplifying the awfulness of everything else. These shitty miracles represent the perfect storm of bad ideas and miscalculation.”

It would be tempting to call “The Assignment” a shitty miracle, except that it is undeserving of being compared to shit. While poop is disgusting, smelly and proved a public nuisance in the days before modern toiletry, fecal matter has wonderful properties. For engineers trying to decrease humankind’s dependence on fossil fuels, dung has proven a surprisingly useful fuel source. The only conceivable use for “The Assignment” is burning all copies of it to heat America’s orphanages, and the orphans would probably request a better movie to warm their hands next to. They have standards.

No matter your reason for stumbling into “The Assignment,” a wretched B-movie in which Michelle Rodriguez plays a transgender assassin, you’ll find something to hate. The performances are amateurish, the stylistic choices are maddening in their inconsistency, and the politics are risible. Whether you’re a trans person outraged that the film reduces your existence to a straight man’s nightmare or someone who appreciates even basic logical consistency from your entertainment, this is not the movie for you.

Rodriguez slaps on a dime-store wig and a distracting neckbeard to play Frank Kitchen, a hitman so grizzled he doesn’t have time to shave properly. Kitchen is a bad guy who has made a lot of enemies during his career. One of them is Dr. Rachel Kay (Sigourney Weaver), a surgeon who had her license stripped away for performing back-alley surgeries on transgender patients who can’t afford to pay. After Kitchen is hired to take out Kay’s hard-partying brother (Adrian Hough), the rogue doctor seeks her revenge. She contrives to kidnap Kitchen and force him to undergo sex reassignment surgery. When he unwraps the sensually placed bandages, the macho man discovers he is a woman.

It’s incumbent to pause here and discuss the ridiculousness of this scene. Despite having only very recently gone under the knife, Frank’s new body is spotless — not a bruise in sight. If Dr. Kay were able to perform surgery with that kind of efficiency (and apparently at no cost!), she wouldn’t have been uncredentialed. Dr. Kay would be on the speed dial of every trans person in America, and she’d be getting a GLAAD award.

How “The Assignment” handles trans issues would be laughable if it weren’t actively harmful to LGBT people. The film is a 100-minute-long paean to gender dysphoria — with Kitchen frequently railing against his female form. Multiple scenes show the hitman grabbing his breasts and vagina with disbelief, unable to process life without his member. He repeatedly refers to himself as an “it.” You might argue Frank’s shock is realistic, but given that the movie is about an assassin kidnapped by an evil scientist, verisimilitude more or less goes out the window. A modicum of sensitivity would seem to be in order.

“The Assignment” lazily attempts to justify itself by making the movie a comment on transphobia, not transphobic itself. After getting thrown in a mental hospital, Dr. Kay tells her attending doctor (Tony Shalhoub) that kidnapping Kitchen was an experiment of sorts: If a sexist jerk can come to accept his female body, it would show that gender is mutable. But if Kitchen rejects his sex swap (which he does), then transgender people are telling the truth about themselves. Gender is, thus, determined by something inside you, not external factors.

Should Dr. Kay — or anyone else, for that matter — need to know whether trans folks are just making it all up, you don’t need to take a bigot hostage to find out. Simply ask a transgender person.

Even aside from social justice considerations, “The Assignment” sucks. The sets look like cheap community theater. When Kitchen guns down two men eating dinner in an Italian restaurant, you wonder why he wasted the bullets. Ammo is expensive; he could have saved some money by pushing the flimsy backdrop over and killing them. The film attempts to shoehorn in a romance with a pretty blonde moll, Johnnie (Caitlin Gerard), who asks strangely few questions. Kitchen, a former one-night stand, shows up on her doorstep looking like a completely different person. Johnnie offers him a place to stay without interrogation.

Walter Hill, who directed “48 Hours” and “The Warriors,” is clearly going for noir kitsch — like Robert Mitchum meets “Showgirls.” Say what you will about Paul Verhoeven, he’s nothing if not an exacting, deliberate stylist. Verhoeven’s films are sometimes too much, but they hang together. Mr. Hill, however, tends to throw visual ideas against the wall to see what sticks, and yet none of them do. To transition between scenes, he often fades to a graphic novel motif, suggesting that “The Assignment” is paying homage to source material. Comic book movies like “Sin City” and “300” rely on a similar aesthetic. The script, though, was an original idea penned by Hill and co-writer Denis Hamill (“Critical Condition”). Another bizarre choice involves flashing playing cards across the screen — accompanied by a jester’s laugh — which feels awfully film-school for a veteran director.

I have saved a discussion of the performances for last because “The Assignment” is full of gifted actors who deserve better. Rather than acknowledging their presence here, I’d rather put them in a witness protection program, but alas.

Rodriguez is a volatile and underrated actress, one that directors have struggled to use effectively. Playing a female boxer in Karyn Kusama’s “Girlfight,” she inhabits the screen with commanding bravado — like Brando with cornrows. But in “The Assignment” she’s wasted in a part that would only make sense as a MadTV parody. Rodriguez lowers her voice, furrows her brow, and practically slouches to the floor, but she doesn’t inhabit masculinity; she does bad drag. If Rodriguez were a contestant on “RuPaul’s Drag Race,” she would be sent packing before the first challenge.

Weaver is too good for this movie, and she knows it. The three-time Oscar nominee looks actively bored trying to make sense out of a character that’s Hannibal Lecter lite. Dr. Kay, who the film reminds us every couple seconds is the most brilliant woman alive, taunts and preens and flaunts her intelligence. She gives impromptu lectures about Shakespeare during her psychiatric evaluations. She quotes Poe. She muses endlessly about nothing, helpfully padding the already interminable runtime.

But there’s a crucial distinction between Dr. Kay and her cannibal forebear: Dr. Lecter’s psychiatrists were smart enough to give him a muzzle. I wish I could put one over this movie.