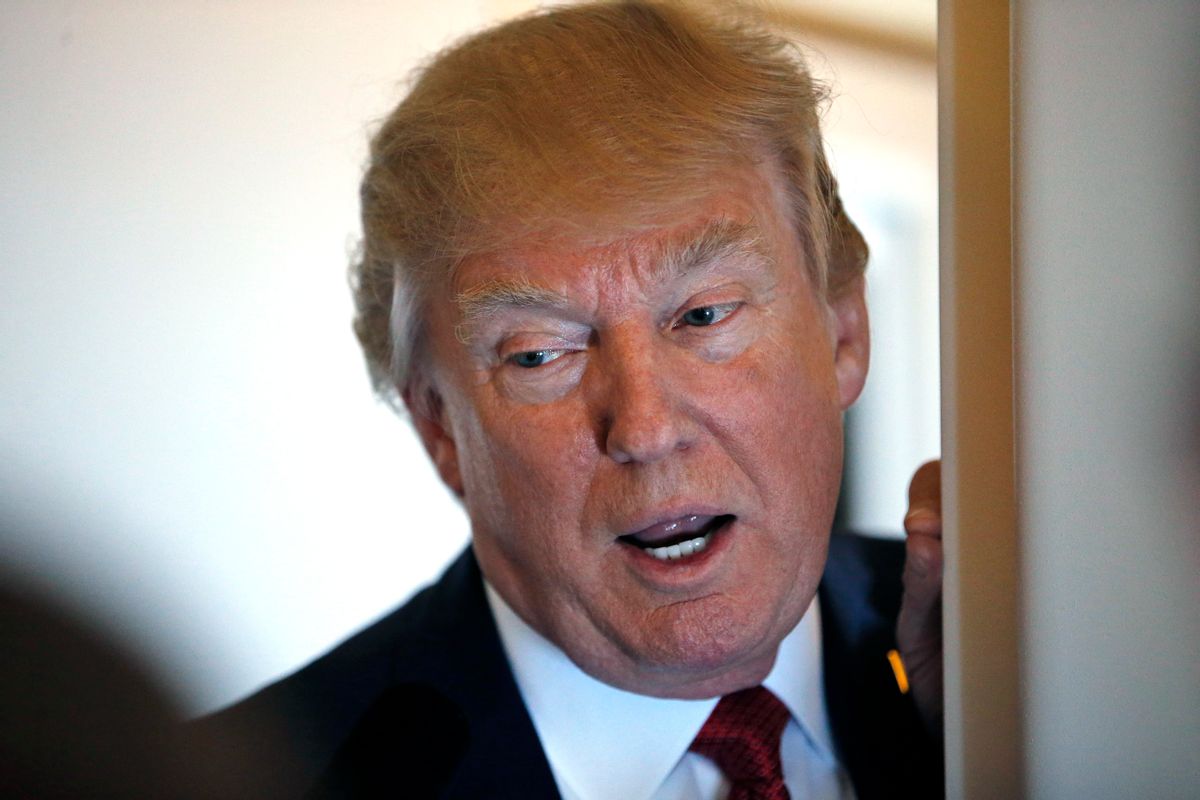 The most effective way for a president to purchase some good feeling in Washington is to roll out a map, pick a foreign country and order the military to blow up a part of it.

President Donald Trump did just that on Thursday night when he launched close to 60 Tomahawk missiles at an airbase in Syria in retaliation for a chemical weapons strike that killed dozens of Syrian civilians (including many children) earlier in the week. And no sooner had the warheads exploded than statements from Republicans and Democrats started hitting the wires, praising the president for taking decisive action.

No one praising Trump seemed particularly concerned that the missile strike represented a whiplash-inducing reversal of the Trump administration’s position on Syria. The strike was ordered without any input from or consultation with Congress or the United Nations, a fact that only a few concerned legislators have raised. And the strike itself appears to have been largely symbolic; the Syrians apparently emptied the targeted airbase of personnel and equipment prior to the attack.

Still worse were the reactions from some members of the press, many of whom can be reliably counted upon to glorify military action.

After Trump’s address to Congress in February, Deadspin’s Alex Pareene rightly observed that media outlets were desperate for Trump to act “presidential” and that there’s nothing more “presidential” than using his powers to get people killed. Thus we had a whole raft of media personalities who, after weeks of witnessing the Trump administration lie and bungle its way through the most basic governing tasks, were left awed by the president’s use of military force on Thursday.

Let’s start with CNN’s Fareed Zakaria, who has at several points over the previous year described Trump as a “bullshit artist.” Just last month, Zakaria grabbed some headlines by declaring about the president on TV: “He’s spent his whole life bullshitting. He’s succeeded by bullshitting. He has gotten the presidency by bullshitting.” In February he called the Trump administration a “rocking-horse presidency” and a “circus.”

Yet after Thursday night’s attack on Syria, Zakaria was quick to proclaim: “I think Donald Trump became President of the United States.”

Wall Street Journal columnist Bret Stephens has been no one’s idea of a Trump supporter. Last month Stephens stirred up minor controversy when, reacting to Trump’s accusations that former President Barack Obama had wiretapped Trump Tower, he tweeted that Trump is “mentally ill.” Stephens eventually deleted the tweet but still insisted that “something is deeply amiss, I have no doubt.”

However, when Trump fired missiles into Syria late Thursday night, Stephens lauded the action and even encouraged the president he believes is mentally unstable to embark on a full-on campaign of regime change in the war-torn country.

My favorite reaction of all came from Elliott Abrams, the Iran-contra veteran who was in the running for a State Department job before being blackballed by Trump after he “learned of Abrams' biting criticism last May of his fitness to become president.” Writing in The Weekly Standard recently, Abrams acknowledged that every day of the Trump administration has been a shambolic mess — until now. “There was the defeat on Obamacare, staffing the departments has been far too slow, the National Security Advisor lasted only three weeks, there has clearly been infighting in the White House staff, and there have certainly been too many tweets,” Abrams wrote.

But that 75-day break-in period has just ended, and the Trump administration can truly be said to have started only now. The president has been chief executive since January 20, but this week he acted also as Commander in Chief. And more: He finally accepted the role of Leader of the Free World.

This is the same type of message that has been animating much of the commentary surrounding the Syria strike: The Trump presidency has been a chaotic disaster since Day One, but everything is somehow better now because the same fumbling nincompoops who constantly fail and lie are now also lobbing missiles at the Syrian government without any real strategy or objective.

In a sane world, a president’s unilateral use of military force to escalate American involvement in an intractable civil war would be met with intense skepticism and probing questions about legal justifications and what exactly he intends to accomplish. Instead, we’re being treated to treacly nonsense about Trump's finally becoming pundits’ idea of a president.