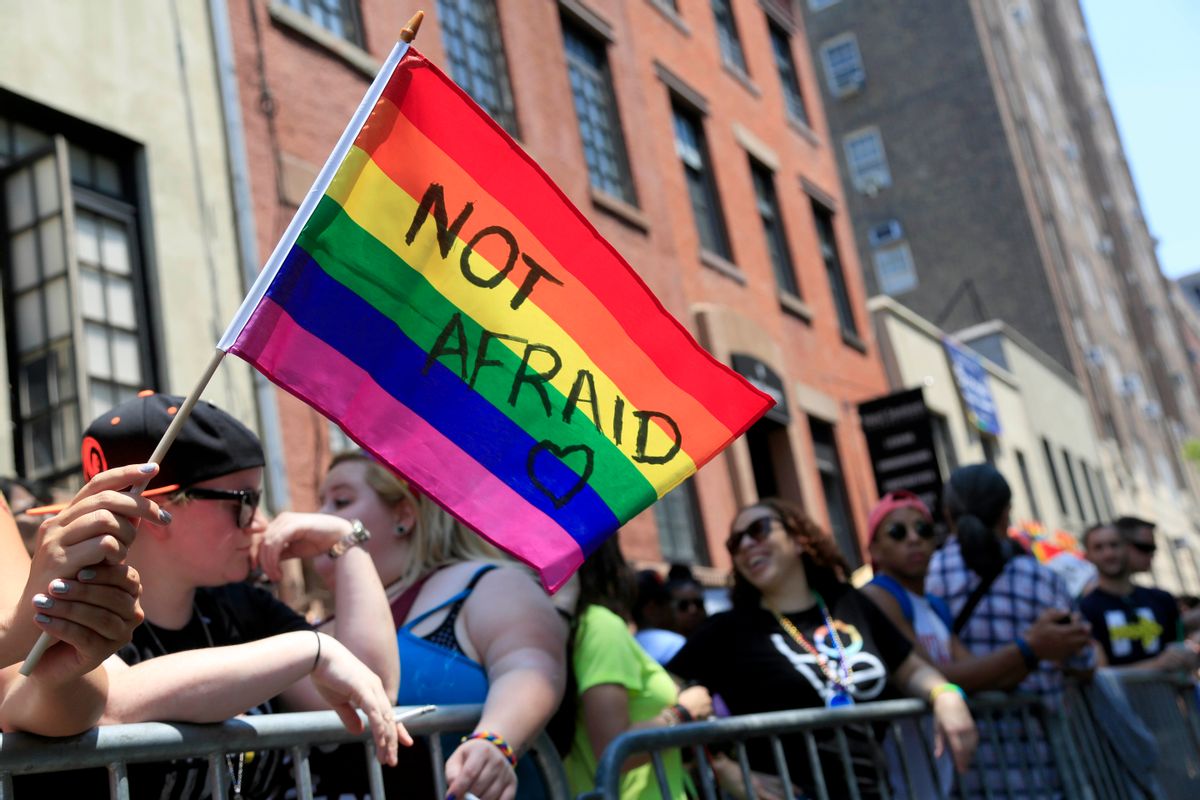 An appeals court ruled in support of LGBT rights this week, reversing decades of interpretation that largely allowed companies to discriminate against workers on the basis of sexual orientation.

In their groundbreaking decision, nine of 12 judges in an en banc panel of the Seventh Circuit Court of Appeals said that gay and lesbian workers are protected under Title VII. The Hively v. Ivy Tech Community College decision marks a major break from an interpretation that excluded sexual orientation, except in instances where one could make an argument of gender nonconformity. That meant that, previously, in order for workers to prove discrimination under Title VII, they had to allege that they were being discriminated against because they were not acting according to the stereotype associated with their gender.

Kimberly Hively had been an adjunct for 14 years at Ivy Tech Community College in Indiana. She applied for six full-time positions at the college and, after being denied each, her adjunct contract was not renewed in 2014. So, without a lawyer, Hively filed a one-paragraph discrimination charge with the Equal Employment Opportunity Commission. It stated simply:

She then filed her case in federal district court, again bringing forward the simple argument that Title VII should protect a worker from being discriminated against on the basis of her sexual orientation. The district court was sympathetic to her claim, but explained that Title VII prohibits discrimination “because of sex,” and explained that the court’s precedent “has held that Congress intended the term ‘sex’ to mean ‘biological male or biological female,’ and not one’s sexuality or sexual orientation. Thus, ‘harassment based solely upon a person’s sexual preference or orientation . . . is not an unlawful employment practice under Title VII.’”

The appeals court rejected this longstanding reading, stating that “it would require considerable calisthenics to remove the ‘sex’ from ‘sexual orientation.’ The effort to do so has led to confusing and contradictory results, as our panel opinion illustrated so well.”

The court further explained that whatever Congress meant in 1964 when it passed the law, or however courts have interpreted the law in the intervening decades, it was no longer tenable to exclude sexual orientation. Indeed, since the Supreme Court announced in 2015 that the Constitution protects the rights of same-sex couples, allowing sexual orientation discrimination on the job means “a person can be married on Saturday and then fired on Monday for just that act,” the ruling read.

The majority (as well as Judge Richard Posner in his concurrence), not only acknowledged this important worker protection under the law, but also performed a full-frontal attack on the forms of legal interpretation that have become a hallmark of the conservative legal movement. The originalism advocated by the late Supreme Court Justice Antonin Scalia, or his possible successor Neil Gorsuch, says that judges must read laws only as they were written, and understand the words only as the drafters would have understood them. Such a view limits any interpretation that expands a law to incorporate instances that the drafters may not have considered. Most often such originalist readings lead to highly conservative, if not reactionary, results.

Writing for the majority, Judge Diane Wood not only defied any originalist understanding of the law, but refused to engage the matter on originalist terms. The ruling did not refer to any 1960s dictionaries to determine the full meaning of “sex,” as so many judges do these days when attempting to determine the meaning of even simple words. Instead, it acknowledged that changes in society, and the word’s meaning, necessarily means that the law must change.

“It is therefore neither here nor there that the Congress that enacted the Civil Rights Act in 1964 and chose to include sex as a prohibited basis for employment discrimination (no matter why it did so) may not have realized or understood the full scope of the words it chose,” the ruling read. This disregard for the original intent of the law’s drafters, and recognition that laws should be read in today’s context, is a major shift from the originalist analysis that Justice Scalia helped spread. For too long, even judges who disagreed with originalism still challenged the concept on its own terms by referring to old dictionaries and arguing that the modern reading was implied by the original meaning.

In Hively, the court held that the modern concept of sex is broad enough to include both gender and sexual orientation. Any other reading, no matter what the 1964 Congress intended, has led to absurd results in today’s world.

Judge Posner went even further in his attack on the originalist understanding of the law. Using a cumbersomely-named approach he calls “judicial interpretive updating,” he argues that judges can interpret texts by giving them “a meaning that infuses the statement with vitality and significance today.” He acknowledges that in 1964, “the term ‘sex’ . . . undoubtedly meant ‘man or woman,’” and that “homosexuality, male or female, did not figure in the minds of the legislators who enacted Title VII.” For an originalist, that would be the end of the analysis. But Posner finds such an approach shallow. It forces an anachronistic view of sex onto the present and, in the present, “‘sex’ has a broader meaning than the genitalia you’re born with,” he wrote.

It is not often that a case addresses nuanced questions of sex, gender and identity, while also questioning one of the foundations of conservative legal thought. This decision is likely not the last word. The Seventh Circuit’s decision comes on the heels of the Eleventh Circuit finding that sexual orientation discrimination claims cannot be brought under Title VII and the Second Circuit falling back on gender stereotyping for sexual orientation claims. Because of the circuit split and the importance of the Seventh Circuit’s decision, the case is likely to end up before the Supreme Court. When it gets there, the Court will not only have to address the meaning of “sex,” finally, but also how laws should be read.